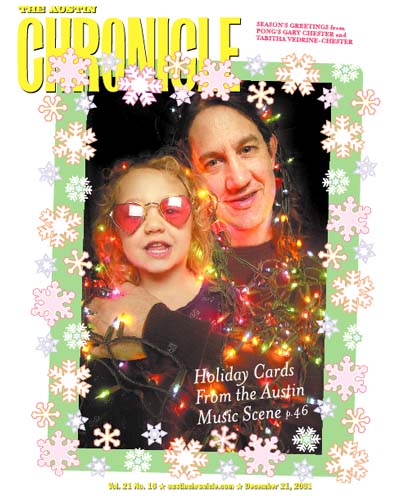 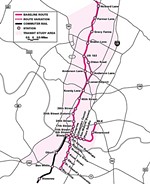 The challenge for Capital Metro: convincing voters that the new light rail isn't the old light rail that they rejected last year

The DA's office decides not to pursue the death penalty for Nancy DePriest's murder, but questions linger over police handling of the case.

Not Enough Hate in East Texas?

An East Texas Republican comes under fire for making nice with black legislators.

In the wake of Sept. 11, more Texans want to pack heat.

Commissioners in the Spotlight

Keep the Poor Kids Down

Austin @ Large: Austin at Large: Chuck, We Hardly Knew You

Chuck Manning's departure from Austin Energy comes at a most inopportune time for the city.

Conscipicuous consumption for pets; giving of ourselves, not just of our pocketbooks; John Ashcroft is "doing something" -- to our Constitution. 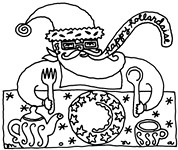 Remembrance of Flavors Past

The Food staff lets readers in on their holiday food memories.

Required Culture Under the Pink Chandelier

The Consummate Christmas Dinner -- at the Hospital

Christmas in the Cold 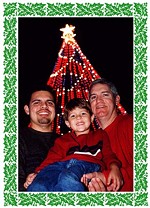 A Christmas Celebration of Hope

Sacred Steel for the Holidays

To Shorten the Winter: An Irish Christmas

A Motown Christmas, The Best of the Temptations Christmas

8 Days of Christmas, TRL Christmas, A Very Special Christmas 5, A Season of Soul and Sounds
screens 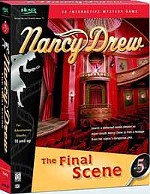 Requiem for a Landmark

Filmmaker Steve Bilich was blocks away from the World Trade Center on September 11, and documented the tragedy with a 1920 hand-crank Cine-Kodak 16mm camera; the resulting film, Native American in Manhattan, will screen at the Sundance Film Festival.

A new, artificially intelligent toy does little to excite the brain or the blood pressure.

Would you like Raisinets and a tall skinny latte with your movie?

The Night of the Hunter

1955's The Night of the Hunter stars the terrifying Robert Mitchum as a reverend with an evil-Elvis swagger, complete with knuckles on his right-hand tattooed with "LOVE" and knuckles on his left with "HATE."

The first film in Jackson's Tolkien trilogy stays true to the spirit and logistics of the novels, but is also a breathtaking and beautiful work of art on its own. 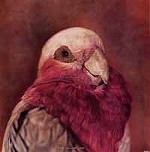 Kate Breakey talks to Clay Smith about why she photographs dead birds and flowers and other animals.

Art Davis' new play The Moontower's Glow is a spiritual cousin to both The Rocky Horror Show and You Can't Take It With You, focusing on a houseful of eccentrics who have rejected the normalcy of society to live their dreams, no matter how ludicrous they may appear to the rest of the world.

In these troubled times, Ballet Austin's production of The Nutcracker reveals a beauty undimmed by tragedy, a magical landscape untouched by terror.

The Best Salvage Vanguard Holiday Ever

Like those Christmastime baskets full of cheese logs, summer sausages, miniature jars of jellies, etc., The Best Salvage Vanguard Holiday Ever features a diverse little gathering of tasty treats -- in this case, five-minute plays on a common theme -- and it's fun to snack on.
columns

The past decade, when the distance between innovation and inspiration shrank, can inspire us in what could be a rocky year, and interesting decade, ahead.

The Bush White House is mounting the most sustained and successful attack on the Constitution in America's history and not enough of us are willing to say it publicly.

Let us not forget the reason for the season, people … club crawls and parties!

I consider myself a very healthy woman, since I have been athletic all my life and even considered training for the Olympics, but my physician is worried that I have the beginnings of osteoporosis at age 32. Could this be true?

Here and There: UT basketball is a great entertainment value, Major League Baseball isn't. And neither is the NFL, thanks in large part to the lousy refs, who got what they deserved in Cleveland.