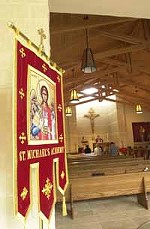 The city of Austin and the BSEACD are skeptical of Creedmoor-Maha's request to triple its pumping limits.

Seton HMO comes under fire for failing to report data that could be helpful to consumers.

The Austin Police Department is helping John Ashcroft's dragnet; critics say they may be violating state and city law in doing so.

No more Maxey in the state House

The city's new police review panel isn't as apolitical as it was supposed to be.

The city's new police review panel isn't as apolitical as it was supposed to be.

Local campaign encourages Austinites to buy. But what if we don't have any money?

Statesman Editor Rich Oppel denounces slavery in the Sudan, but overlooks the terrorism wrought there by his own government. As Church Lady would say, "How Conveeenient."

If you want good candidates, you're going to have to pay for them.

John Ashcroft goes on an imperious jihad; King George throws away our Constitution; and corporate greedheads profit from censorship.

The Other Restaurant Row

The Food staff uncovers a burgeoning restaurant row on the South Shore. 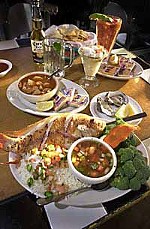 Restaurant closings, openings, and happenings in this week's "Food-o-File" They're not exactly famous, but onetime Austinites Buddy and Julie Miller make some of the most authentic country music around.

Hard Times in the Land of Plenty, Wall of Pride

I'm A Man, Gimme Some Lovin'

Sin After Sin, Unleashed in the East, Stained Class, Hell Bent for Leather

Diana Ross Presents the Jackson 5 / ABC, Third Album / Maybe Tomorrow, Goin' Back to Indiana / Lookin' Through the Windows, Skywriter / Get It Together, Dancing Machine / Moving Violation

Exodus, Let's Get It On, Complete Duets, Street Songs, Live at the Apollo Volume II
screens

In the wake of Sept. 11 and the hard-line USA Act, the Internet has become a very unfriendly place for hackers.

Information artists How + Why promise that their show No Dead Air will "appeal to your demographic."

What Russell Crowe's been smoking.

Lord of the Rings: The Boardgame

Beautifully designed and illustrated, Lord of the Rings: The Boardgame proves challenging without being too difficult to enjoy.

It's not high art, but Black Christmas is a spare, efficient fright flick.

Austin painter Heyd Fontenot exposes more than himself in his new exhibition.

This year, Ballet Austin invited Kevin Connor to be one of its celebrity Mother Gingers in this year's production of The Nutcracker, and the KGSR morning anchor learned firsthand what it's like to be dolled up for a quickie in the Land of the Sugar Plum Fairy.

Reeling frenetically from song to show-biz anecdote to soap dialogue and back, like Judy Garland on a speed jag, with its star channeling everyone from Bette Davis and Phyllis Diller to Ethel Merman and Joan Crawford, Lypsinka! The Boxed Set is a hoot, a joyride through a neighborhood of tacky mansions haunted by grande dames of outsized egos and overwrought emotions.

The Gifts of the Magi

The State Theater Company's production of the musical The Gifts of the Magi, based on stories by O. Henry, features some appealing design work and polished performances, but they can't overcome the show's generic music and trite dialogue.
columns

The Bush White House is mounting the most sustained and successful attack on the Constitution in America's history and not enough of us are willing to say it publicly.

Our Style Avatar has a mystery date with a "gladiator" … or does he?

I have heard about a "thrifty gene" that makes it easy to gain weight. Is it real? How would a person know if they carried this thrifty gene, and what could be done to keep from gaining weight if they do?