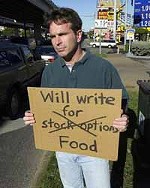 What I Learned at the Dot-Bomb Revolution

RTP: Been There, Haven't Done That

The Rapid Transit Project tries to win voters over with its workshops.

A new report from the Sierra Club shows that while new roads may get traffic moving, air quality will continue to suffer.

Virginia Glore's case has convinced one local legislator that rape kit tests should be given to all who ask for them.

The Lowdown on Hightower

Not Quite by the Book

Federal judges denounce gerrymandering, but then leave us with the same old bunch of white guys. How to help the Boggy Creek Farm recover from the November 15 storm, and the latest culinary news in Austin 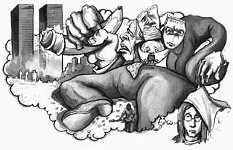 Chatting with Dr. Ralph Stanley, a pioneer of bluegrass music before there was such a thing

More clubs closing: Will the Hole in the Wall be one of them?

Stars of the Lid

The Tired Sounds of Stars of the Lid

Merry Christmas From The Family

“Wichita Lineman” b/w “Tennessee Waltz”, “Without a Trace” b/w “They Stuck Me in a Box in the Ground pt.3”, School’s Out, Let’s Skate EP, Play Doug Sahm
screens 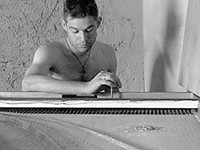 The Texas Documentary Tour showcases the work of three MFA students from the University of Texas' Radio-Television-Film Department, whose documentary program faculty member Paul Stekler calls, completely without bias of course, the "best in the country, bar none."

A brief survey of the inevitable, yet extremely varied, Harry Potter backlash sites on the Web 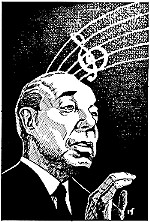 When the Dog Bites

Richard Rodgers knew well the dog's bite, the bee's sting, plagued as he was by inner demons, personal trials, and psychic pain. Yet he was able somehow to produce from this dark world music of sweetness and light.

Richard Rodgers: These Are a Few of Our Favorite Things

Three artists from Austin Musical Theatre's production of The Sound of Music share some of their personal observations about Richard Rodgers and his musical legacy.

In the Bedlam Faction's production of the Restoration comedy The London Cuckolds, "rubber-faced" is a highly appropriate way of describing the majority of the cast, and that's a problem. Rather than telling a funny story, the actors are begging for laughs at the expense of the script and the characters they play, and it leaves the play cold.

With Mr. 80 Percent, director Blake Yelavich and crew do their damnedest to entertain their audience, serving up James Sherman's loopy comedy of romance among roomies in a New York apartment with a lively energy that's winning even when the show works it a tad too hard in the "love me" department.
columns

Light rail is coming, sooner or later, because it's a necessary part of our long-term traffic solution.

Our president and attorney general have turned the protection of our civil liberties into the new national crisis.

Thanksgiving? What with the day-after mall mania and less-than-stellar eating experience we had on Turkey Day proper, at least we can be thankful for Austin's cool fashion shows and celebrity sightings.

My sister, who is schizophrenic but doing better on medication, is beginning to exhibit some odd behaviors. It started with her blinking a lot, and now she arches her eyebrows, makes chewing motions, and grimaces for no reason. Is this part of her mental problem?

Nebraska and OU both had their seasons ruined on the same weekend, but Coach saw it coming -- now, if he'd only foreseen this global warming thing …