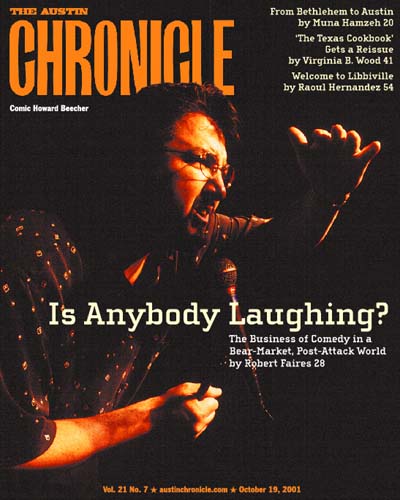 From Bethlehem to Austin

A journalist moves from the violence of Palestine to the safety of Austin, and finds herself dazed by the difference.

"This Is Palestine Calling'

Excerpts from Refugees in Our Land by Muna Hamzeh

The Race Begins -- With Race

Rylander's Prison Plans Not Sewn Up

Passage of the Holly Neighborhood Plan gets postponed for lack of neighborhood participation.

Battle over recall, development, and civility continues in Georgetown.

No Doorways, No Beds

The Dems and Repubs posture over redistricting, while the rest of us just look on.

The end of the Watson Era, Slusher's predicament, and corrected Austin demographics

Jim waves the flag; George Dubya plays his health-care shell game; the U.S. gets into bed with thugs. 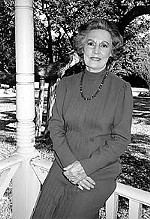 Virginia B. Wood on why one of the great Texas cookbooks is being reissued.

If it's October in Austin, you can bet there are more gala events scheduled than any one person could possibly attend. Food editor Virginia B. Wood provides a rundown of them. 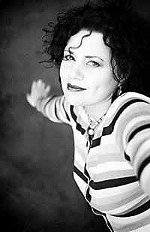 Back Home in Texas

The return of the reigning Queen of Austin Country Music

Back to Oklahoma, Captured 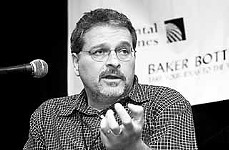 Snapshots From the Fest

Interviews and winners from the Austin Film Festival

BY MARJORIE BAUMGARTEN AND KIMBERLEY JONES

Of Church and State

For the Love of Crap

Couldn't you use a good laugh?

An Fear, Panic and Censorship

Graveyard of Honor and Humanity

Our Lady of the Assassins

Riding in Cars With Boys

A Selection of Short Films and Videos by Austin Filmmakers

A liquor store owner sells a toxic brew to winos. 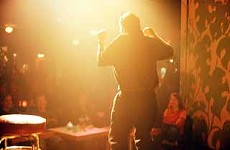 In the midst of economic hard times and a wave of terrorist attacks, the comedy business wonders what's funny.

This Jessen Series of Distinguished Faculty Artists concert by the Cavani String Quartet saw these now-familiar Visiting Artists in Chamber Music at their performing, and pedagogic, peak.

St. Edward's University's lavish production of Shakespeare's Romeo and Juliet is, for the most part, an enjoyable, educational -- albeit long -- night of romance and comedic and dramatic irony, with some intense swashbuckling.

All his life, Marcel Marceau has pushed the invisible envelope of mime with crazy experiments. On October 6, in Bass Concert Hall, he gave a rendition of some of his most successful experiments, his greatest hits.
columns

An ineffective war and the passing of Dan Del Santo

Righteous readers respond to recent rape reportage, and our Best of Austin issue garners a kudo or two.

Mary Shelley's Frankenstein offered a metaphor for the modern age, one in which the monster is the unacknowledged dark side of the inventor or creator.

The Devil's Rope Museum in McLean chronicles the closing of the Great American Plain with barbed wire.

Cheer in a handful of trivia

We had a ball (not a drag at all!) at the Drag Ball … and go, go Gomi! Your Style Avatar went and is here to tell you about it.

I keep hearing about a marker for heart disease called homocysteine. What is homocysteine, and why is it a problem?

Longhorn Fan is a breed apart -- for this we can be thankful.