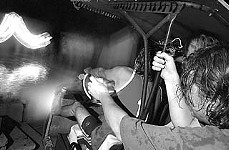 Chapter 1: Before the Beginning

The Austin Chronicle is founded and struggles quite a bit.

Married to the Mob

Twenty years of The Austin Chronicle: the final chapter and coda

Descriptions of the contributors to The Austin Chronicle 20th anniversary issue All Over the Guy

Vertical Ray of the Sun

Why we have a golf cart in a swimming pool on our cover and other insights into our 20th anniversary issue. 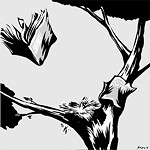 How the underground press evolved into the alternative press.

Now it can be told! The Secret Origin of former Chron mascot Belton!

Offering a tiny array of minutiae as thoughtfood

Exciting new things on the horizon for "After a Fashion." Check inside for a sneak preview!

I recently had my annual physical, and my pap smear was abnormal. My doctor will do another test in six weeks, but I am a little worried. Does this mean I have cancer?

No cheap HIV treatment pill in the U.S.

Coach relates NFL football tips he picked up from a delusional wino he met in a bar in Colorado.