The Price of Smart Growth

A Summary of Incentives for Smart Growth

Austin's Water Quality Protection Lands are few and far between: can they do the job they are meant to do?

The nature and expectation of "conservation easements"

The University of Texas implements a controversial new "team cleaning" system for custodians.

The state of Texas, joined by poor school districts, are fighting a lawsuit in Travis County court that would get rid of the cap on property taxes mandated by the state's "Robin Hood" tax redistribution law.

Rainbow Materials says its massive concrete spill near its Del Valle plant was an oversight, but a former Rainbow employee attests it was no accident.

A real Fourth of July, bushwa from D.C., & airline fairness

Marty Akins for Governor, and few dozen others for statewide office

Cool ceviche -- with its clean, fresh flavors of citrus-cured seafood -- is proving to be the hot dish in restaurants all over Austin this summer.

Some of our top proposals for quaffing wines that taste great ice-cold. 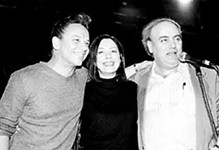 Clifford Antone reminisces from prison on 26 years in the blues business.

The son of Muddy Waters inherits the family bidness.

Obscure monument to balladry finally sees the light of day

Tosca are no Slackers, Pong bounces back, the Dicks still hate the police, and Ken Lieck finds a new journalist pal in this week's "Dancing." 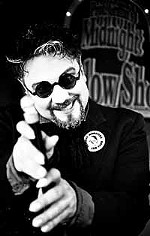 Slacker turns 10, Cinemaker Co-op is feted, the Alamo Drafthouse heads north, and Bob Sabiston has "it."

The film version of Marion Zimmer Bradley's novel The Mists of Avalon debuts on TNT, and the Top 10 Reasons to be Mrs. Colby Donaldson.

Pam Grier stars in Foxy Brown, the film that would end up cementing Grier's image as the female icon of the Blaxploitation movement.

For ex-Army soldier Jeremiah Johnson (Redford), the silent, rugged mountains function as the perfect environment in which to fulfill his enigmatic goal -- total secession from the human race.

Rosalie Goes Shopping -- starring German sex symbol Marianne Sägebrecht -- has a smirking preciousness that gets in the way of its broad satire of American consumerism.

Kiss of the Dragon

This is a nutty story about the life of the fictional ghetto hero Pootie Tang, whose struggles against corporate America after selling out become the stuff of legend. 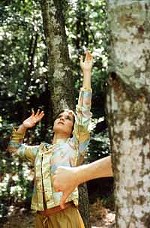 The Forest for the Trees

The Austin Arts Commission has never been a model of bureaucratic efficiency, but this year it seems to have become a big cliché in action, a body so focused on procedure and minutiae and the concerns of the moment that it can't see the forest for the trees. It's compounding the problems in Austin's profoundly flawed public arts funding system and demonstrating just how poorly that process serves not only the city's artists but all its citizens.

The Tail Wags the Dog

Ratgirl drops her tights to comment on Wayne Alan Brenner's review of Uncaged.

Lend Me a Tenor

Need a laugh? St. Edward's University has the cure with Lend Me a Tenor, which features a tremendous amount of acting talent, most of it student, working their butts off to entertain you.

Excellent Muse's production of Ted Tally's Little Footsteps is not without things to recommend -- Kristi Fleming's performance is relaxed and true -- but in the end, this show about having a baby lacks exactly the kind of magic -- of life and love and innocence and joy -- that a baby can bring.

The fact that City of Austin staff is often inspiring and committed makes snafus like downtown traffic and the Fourth of July fiasco all the more perplexing.

Readers weigh in on the criminality of musicians, the integrity of neighborhoods, and more.

Robert Bly's new book of poems is a haunting work that evokes all hisotry and culture.

Public Notice asks not what it can do for its community but what you can. This week, you can sing, give blood, or watch movies -- all for good causes.

The dark matter in your ever-expanding universe of thought.

Take a dip in these secret swimming holes.

"After a Fashion" tosses a few words around about local designer Brian Frisbie, and guess what this Thursday is?

Since my 4-year-old has been in preschool, she has constantly been afflicted by colds and other infections. It just seems like her immune system is stretched too far. She can't swallow pills like my husband and I, but I want to build up her system. Where do I start?

Travelling in Colorado with his daughter, Coach has time to take in some sports, and contemplate some truths about global warming and Major League baseball.