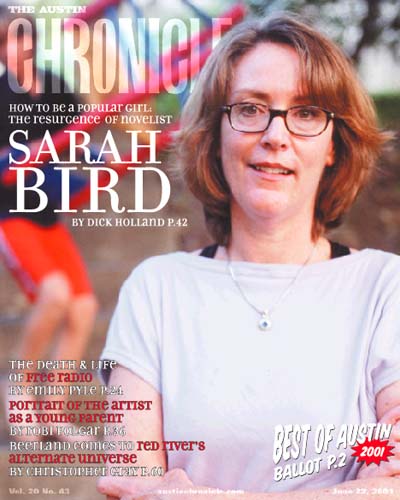 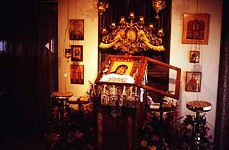 Crying in the Chapel

The Texas Hill Country features an unexpected wonder: The Most Holy Theotokos of New Sarov sheds tears of myrrh at Christ of the Hills Monastery in Blanco 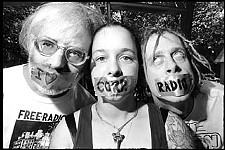 The Death and Life of Free Radio

Austin microradio lived fast and died young -- can the movement live to broadcast another day?

The FCC proposes LPFM stations as an alternative to microradio, but that political process also generates static.

A list of Web sites and information contacts on microradio

Laredo National Bank opens a branch in Austin, trailing a big fine and a clouded political and financial history.

US Rep. Lloyd Doggett's request to turn acres of green space along Bull Creek into a subdivision gets postponed by the Planning Commission when city staff have more questions than Doggett can answer.

Developers float a proposal to reduce the size of the Green Water Treatment Plant on Town Lake and build something more profitable there, but they'll have to get in line -- the city already sees the site as a prime location for the new central library.

Following a vote by the conference of Catholic Bishops to include many reproductive services in its list of "intrinsically immoral" practices, Seton Health Care Services says it will have to re-negotiate its lease with the city for Brackenridge Hospital, which currently contracts out such services.

For most of the past 200 years, there was one path to becoming a chef, Chronicle Cuisines writer Mick Vann observes. Young European men apprenticed themselves as teenagers and learned the culinary arts from the ground up. But with the advent of cooking schools, the role of chef has been legitimized into a respected profession, and a chef today can make a very handsome salary. Chefs can now attain the status of a rock star.

Things used to slow down here in the summer, but it looks like June could be the busiest month of the year for Austin-area chefs. 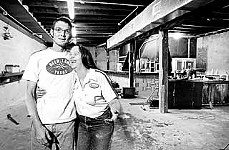 The Return of the Butthole Surfers and the christening of Beerland 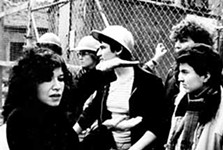 The Austin Gay and Lesbian International Film Festival presents the First Annual My Gay Movie Challenge, a call for amateur movies with a queer sensibility.

Two don't-miss documentaries, works in progress at AIFV, and the Alamo makes it impossible for you to forget it.

Intern isn't a particularly deep movie, but, to paraphrase Karl Lagerfeld, fashion is not the same thing as feeding the hungry and curing the ill.

Superstars of Latin jazz are captured as they perform in the studio. The Art of Parenting With Art

Trying to find ways to make art while sustaining a family is no easy road.

News of the death of longtime Austin actress Judi Sklar Becker and the birth of a new era at Hyde Park Theatre, with Ken Webster as Producing Artistic Director, Subterranean Theatre Company as producing company in residence, and Austin Script Works as a producing partner for FronteraFest.

It might be hard to imagine that a story about a man who breaks wind for fame and fortune could be called "sweet," but Tongue and Groove Theatre's original musical Le Petomane: Anatomy of a Fartiste, about the extraordinary French vaudevillian Joseph Pujol, combines good humor, fun song, bawdy dance, and just enough ribaldry to make for an engaging theatrical show.

Capturing the creepy power and tone of Franz Kafka's novella The Metamorphosis, in which a man awakes one morning to find himself turned into a giant beetle, in a stage production may be as difficult as capturing the rare Megolaponera foetens. Still, the Refraction Arts / Public Domain co-production of The Metamorphosis is a valiant attempt, and possible required viewing for any Kafka aficionado.@META_Category_arts: Review
columns

The FCC legalizes microradio, then regulates it out of existence. The forced demise of public access radio.

Bush League lambasting, locally-grown concerns, and a side of jazz.

Check out ways to help the Houston flood victims, get a free HIV test, and find out what's up this week in Pride.

Crouching Tiger, Hidden Dragon asks whether we’re really living … and if not, why not?

North Texas' Lake Texoma is about more than just fishing for stripers.

Our Style Avatar gets a personal tune-up at Lakeline Plaza's Ulta salon.

Bits of dark matter to keep your infoverse humming right along.

Now that I am pregnant, my mother-in-law is very concerned about the vitamin A in a multivitamin I have used for years. Am I endangering my baby?

It's wedding day for Coach's old fraternity pal, Dunn, in the swamps of Louisiana.