Sarah Hepola goes back to Connally High School to find out how some of her ex-students are doing, now that they are preparing to graduate.

With the city facing its biggest budget crunch in a decade, city manager Jesus Garza has begun to make some tough financial choices.

The old Cinema West is back on the leasing block; meanwhile, its former tenant, now Megaplexxx, has moved south and is doing better than ever.

While the Chamber woos AMD in hopes that it will build its new chip fab plant here, the council stays coy. 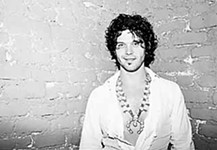 Willie Nelson, not burnt down

The World Rolls On

Girls of the Big D Jamboree

Girls of the Big D Jamboree

Interviews and features on Pearl Harbor, Planet of the Apes, AI, and The Golden Bowl. 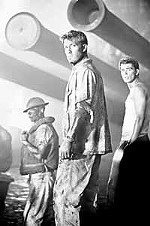 Pearl Harbor: From Eternity to Here

Pearl Harbor: From Eternity to Here

Classic films at the Paramount, all summer long

Your month-to-month guide to summer film

The Girls on the 50-Yard Line

Documentarian Mylène Moreno always wanted to be a professional athlete. Instead, she made True-Hearted Vixens, a film about women who did. Moreno brings Vixens, documenting the attempt to create a women's professional football league, and her short "Cormac's Trash" to the Alamo Drafthouse this Wednesday.

Now that the writers' strike has been averted, the networks feel secure announcing their fall television seasons. Here's a look at what's in store.

They don't make 'em like this anymore. And thank God they don't!

Jean Harlow was never sexier than in this pre-Hays Code comedy, risque even by today's standards.

The Artists' Guide to the Galaxy

Three Austin visual artists -- Steve Schwake, Clare Christie, and Marie Parker -- share their impressions of life in Austin and the development of their work, defining the orbit success for their respective worlds.

Margaret Edson's drama Wit could be just another story about someone dying of a dreadful disease, but director Michael Bloom stages the State Theater Company production with the skilled and experienced hands of a surgeon and Megan Cole's striking performance as the terminally ill poetry scholar makes us face our own mortality and makes two hours feel like one.

In Hyperzoo, an installation featuring historical and mythological figures in cages, director Chad Salvata and his artistic team juxtapose ghastly horror with great beauty in a series of dreamy, stunning images.

Austin Lyric Opera's latest staging of Bizet's Carmen is such a refreshing and vivid presentation -- and at the City Coliseum, no less -- that this tale of a gypsy love-sorceress and her jealous soldier-lover should smolder in audiences' imaginations well after this production's last embers have flickered out.
columns

City Manager Jesus Garza has one of the toughest jobs in town. When things go well, nobody can remember his name; when they go badly, he receives the blame.

A fresh melange of reader responses to our recent issues.

Things are gearing up in public service-land for Austin's sizzling summer. Here are a few things to do this weekend, plus a jump on next, to boot.

A dollop of creme de la trivia atop your weekly data eclair.

Sandora's Box in Dallas fixes up some mighty fine vittles.

Personal style in the eye of the beholder? No way, baby.

I am watching my grandfather fade away because he is losing his eyesight to macular degeneration. He was always the healthiest of my grandparents, but now he can't drive or read, and he is too proud to take advantage of the services available for the blind. Is there any hope for a cure?

Coach rates the announcers on the NBA playoff broadcasts.