Our second installment in a series about South Austin explores the roots of "Bubba" and the rivalry between North Austin and south of the river. 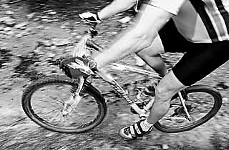 Closing parts of Balcones Canyon Preserve angers mountain bikers and doesn't do enough to save wildlife.

Living on the Edge

Negotiations continue on a bill that would create a special taxing district for land owned by Gary Bradley southwest of Austin; environmentalists and others who oppose such a district cry foul.

Statesman takes a stand against the federal estate tax.

Real legislative reform of the state's tax-credit allocation process is slowly moving toward the governor's desk.

For the first time, council members will have to say how much a proposal costs before they put it on the council agenda; and changes to the city's billboard ordinance draw debate, but the council postpones a decision. by Virginia B. Wood & the Cuisines staff

Virginia B. Wood on the good news coming out of the Austin restaurant scene this week

UT Composer Dan Welcher is one step away from greatness.

No Stranger to a Tele

Get It On Production

Get It On Productions

Buy One, Get Eleven Free

That Kind of Lonely
screens

Cinema of the Americas

You may remember reading about local Web-based animator Alan Watts in this space from time to time, but you're about to be hearing a lot more about him.

Belinda Acosta was all set to hate The Oblongs, the new animated series on the WB about mutants living near a toxic waste dump. But then something unexpected happened: It was funny.

Made-for-TV acting quality that can't begin to grasp the nuances of the story -- but the kids seem to like it.

Three stories about beast and man.

romantic fantasy as it is social satire.

Josie and the Pussycats

It's far more subversive than the Seventies Hanna-Barbera cartoon on which it's based.

Theatre -- ALL CAPS, All the Time

There's nothing lower-case or lethargic about theatre director, actor, and producer Sharon Sparlin. She's bold, animated, even electric, and channeling all that high-voltage energy into creating equally energetic theatre all the time.

Real drama bled into the staged kind when actress Latifah Taormina cut herself during a performance of Adam Sobsey's Hang Town Fry, and Salvage Vanguard releases The Cry Pitch Carrolls on CD.

Director Norman Blumensaadt's rendering of The Devil's Disciple for Different Stages may be uneven in the quality of the performances, but the actors deliver Shaw's text clearly, and there's more than a little something to be said for that.

In the Subterranean Theatre Company production of Raised by Lesbians, writer Leah Ryan and director Ken Webster transport the audience to the heart of The Who's "Teenage Wasteland," dealing with adolescence, lesbians, and men and women's notions of each other without laughing at teens or distorting them with nostalgia.
columns

The paper for Central Texas reminded us again this week that it is still very much run out of Atlanta, Georgia.

The union's due, the boys in blue, The Sopranos' view, and Miracle Mike takes it on the, um, chin.

This week, our sassy public service column "Public Notice" goes to the dogs.

The Gospel According to Hollywood

Easter is a time for resurrectiing Hollywood's biblical epics.

Dig the groovy threads in this factoid suit, daddio!

Follow a local dress as it makes it way off the bolt, into an Austin boutique, and across the country to Hollywood for the Vanity Fair Oscar Party at Morton's!

The Cider Mill and Country Store is the apple of Medina's eye.

My cat, Freya (named after a Norwegian goddess), has become very irritable. My vet thinks she needs more taurine. I get irritable every once in a while too (especially around my period). Do I need taurine?

Land of the underdog? Not hardly. Nowadays everyone roots for the frontrunner -- just look at Duke and Tiger Woods.