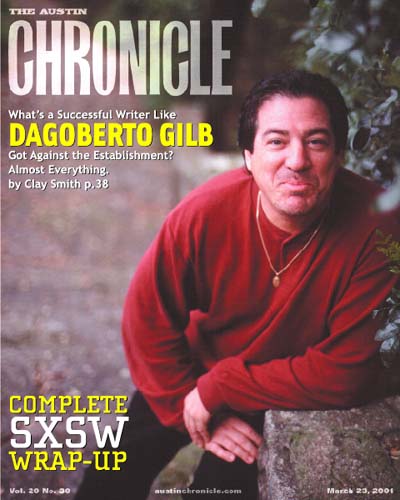 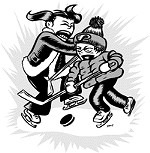 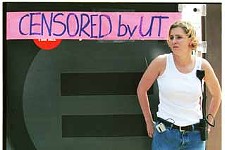 Is a Picture Worth a Thousand Words?

Public health advocates organize around a Bill Moyers PBS special on the chemical industry and the hazards it creates.

A short-lived run on Alliance School funding at the Lege

Bennett There, Done That

The City Council prepares to decide how much information about Austin Energy's finances and operations will be kept out of the public view when deregulation comes in 2002. 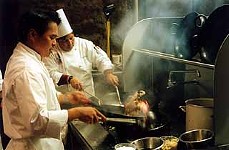 As a food writer with a special passion for the foods of Southeast Asia, I was excited about the 2000 Worlds of Flavor International Conference and Festival, Mick Vann writes. My pulse quickened and I salivated uncontrollably every time the possibility of attending crossed my mind. I would love to go, but my financial picture was in its usual bleak and blurry mode. Then came the call from my editor. I had gotten a surprise, last-minute press pass.

Local foodies who are traveling for food, and an update on the Texas Hill Country Wine & Food Festival. 'The Unearthed Treasures Of The Lomax Recordings' Panel

The Beatnuts, Back Room, Saturday, March 17

The Last Temptation of Superego, Hole in the Wall, Sunday, March 18
screens "I don't think information is property, and thus I don't think it's possible to buy it, and therefore, it's not possible to steal it." A keynote speaker at SXSW Interactive, Dublin native Ian Clarke speaks about Freenet, the peer-to-peer system he created.

Looking for a soft silver lining in the Internet's burgeoning cloud? The content track at the SXSW Interactive conference seems the most likely place to find some reassurance.

The young and the geek-chic

Career Track: Have Your Résumé Ready

It wasn't all doom and gloom at SXSW Interactive, but anyone who doubts that the New Economy euphoria has been replaced with a post-dot-com hangover need only check out the list of career-track panels offered this year.

Design Track: Get Back to Basics, Back to the Topic

With no startling new technical innovations around to distract, this year's SXSW Interactive Festival panels devoted to the visual creative process stressed that now is the time for designers to find their roots.

Scott McCloud: Bridging the Gap Between Art and Technology

As a keynote guest at SXSW Interactive 2001, Scott McCloud discussed his pioneering efforts to explode the form and expand the audience through online comics.

Spy Kids home in on the Paramount Theatre this Saturday, and the Alamo Drafthouse homes in on the former Village Cinema Art.

Belinda Acosta frees her inner dork, with big ups for The Lone Gunmen and BattleBots, among others. Also, a partial Oscar ballot.

What's Love Got To Do With It

This Spanish import is a coming-of-age dramedy whose (nearly) teenage stars are natural actors, whose direction is unforced, and whose sexual themes are treated with candor and humor.

Say it Isn't So For years, mail art has been enlivening the world's postal systems and creating a "meeting of minds" among creative types across the world. Three Austin artists are profiled in a look at the history and continuing appeal of mail art.

Snoopy!!!: See You in the Funny Papers

Watching this neat and happy Second Youth Family Theatre production of Snoopy!!! is like paging through a random helping of funnies from the philosophically comic genius of Charles Schulz. And with songs at least as clever as the comic shtick, it's an easygoing, good-natured musical that, as advertised, is theatre fun for the whole family.

Blake Yelavich's new play Aidan's Bed is like a bottle of soda, fizzling and popping with characters who are laughable, wry, and sardonic, but the author's uneven direction of his own play proves that even the best soda can go flat without proper handling.

Chicago printmaker and poet Tony Fitzpatrick shares memories of his hometown in a show of his intaglio prints at Slugfest Gallery, and the images and stories make it a powerful place to visit.
columns

What destroys a neighborhood? How can bikes help? What's wrong with the Julia Roberts/Brad Pitt vehicle THE MEXICAN? A few answers to these questions---and more!---right here, right now.

I have lived in Texas for 20 years. I have a great tan and have always supposed this protected me against skin cancer. Am I right?

Four seed? Six seed? It really doesn't matter if you lose your first game. UT basketball teams have gotten way too used to early exits from the NCAAs.