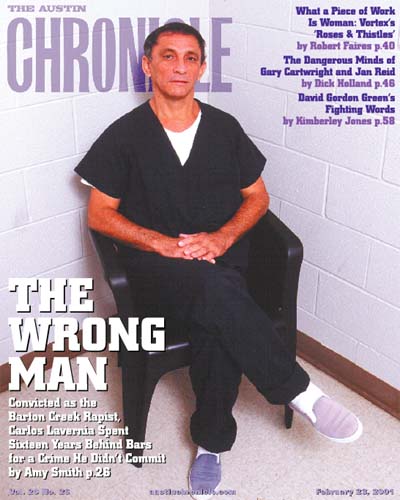 The state of Texas jailed Cuban exile Carlos Lavernia for 16 years for a crime he did not commit. Now the INS might send him back to Cuba.

Who You Gonna Call?

Elliott Naishtat is the sole source for a French magazine's article on George W. Bush, which concludes that his chief failure is not of the body or mind, but of the heart.

The city of Austin is ready to publish its request for proposals for a master developer for Mueller, and a dozen or two potential builders are already lining up to answer the call.

The council votes 6-1, with Daryl Slusher opposed, to re-form the board of the First Step Corporation, the entity charged with distributing scholarship funds in the infamous Cedar Avenue settlement.

A lobbyist "volunteers" for Bush, the WTO plays peek-a-boo in Qatar, and China represses independent unions

The Lege Has Barely Begun, and the Official Accountants Say We're Broke

Restaurants, like people, have distinct personalities, MM Pack writes. The persona that Kaya Blue presents is that of a hip young traveler, back in town after multinational adventures -- exuberant and uninhibited, full of ideas and enthusiasm, well-grounded in the basics, but forever changed by the trip.

How to celebrate Mardi Gras in Austin, as well as Austin's culinary news 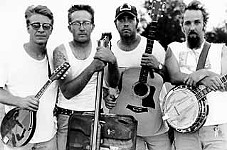 One-string gas-tank basses and the people who play them.

Who is Clay Blaker and why are all these famous people recording his songs?

SXSW wristbands go on sale with the news that Dr. Demento will be attending this year's festival. Also, the passing of the Victory Grill's Johnny Holmes, and the expansion of Emo's.

The Chord That Binds: The George Washington Score

How to purchase a SXSW Film 2001 screening pass, and other news and events of interest to local filmmakers.

Why is it that female protagonists on network TV always need a man?

Gone With the Wind: The Making of the Legend

Everything you ever wanted to know about GWTW -- in one work

Films made about computers and their impact on our society fall into two categories: hit or miss. Hackers is the latter.

Green's debut feature is a sublime tone poem about adolescence 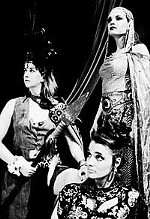 What a Piece of Work Is Woman!

After four centuries of being berated, belittled, betrayed, bullied, battered, and butchered by the men in Shakespeare's plays, the women have had enough. They're ready to speak out, to give Will a piece of their minds. And in playwright Susan Kelso's Roses and Thistles, they do just that.

The Commissioner Has Left the Building

Johnny Torrez was one of the first Austin comics to work on a professional level, and every local comic who ever made a living in the business credits the self-proclaimed "Commissioner of Comedy" as an early influence and inspiration. On Valentine's Day, the Commissioner died. Here's how he is remembered.

The past few weeks have seen the passing of Johnny Torrez, Dana Ravel, and Clarence Brisco, three individuals all distinguished by their support of and advocacy of artists besides themselves.

This week's Public Notice takes a trip down memory lane and barfs all over its prom date, as we explore Eighties revisionism.

Like Bill Murray in Groundhog's Day, the UTmen's basketball team is doomed to repeat its failures anew each year, and it seems to come as a total shock each time.