Forget Pokémon and Britney Spears, Rosalind digs the Antiques Roadshow and got to meet her heroes in person when the show rolled through town.

Did the Austin Police Department Shut Down an Investigation of Its Own Cops?

The Mala Sangre Summary of Allegations

The APD and U.S. Attorney's official position on Mala Sangre

The History of an Investigation

A History of the Mala Sangre OCDETF Investigation

Local news this week in Austin

AISD hosts a conference of public and higher education leaders to determine and discuss priorities for public education in Texas.

The council approves a requirement that all matters coming to a vote include a note detailing their financial impact; Austin Energy's "competitive matters" resolution, which would keep some business matters secret, angers some local activists.

The Austin Police Department approves a $40 million pay raise for officers as part of its meet and confer contract negotiations; more contentious, however, is a police oversight provision that activists say was "gutted" in the process.

The "Prosperity Dividend," Bush's Energy Fraud, and the War on Colombia

Over the years Austin has absorbed (and discarded) several new Indian restaurants, most in the mode of the classic Americanized Indian dining establishment. But within the past few years, we have been fortunate enough to attract a new class of Indian restaurants. Mick Vann has compiled a guide to them.

Who Wants to Eat Like a Millionaire? and more from Cuisines Editor Virginia B. Wood.

Writing at the Kitchen Table: The Authorized Biography of Elizabeth David 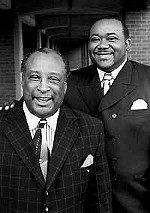 The Gospel According to Bill "The Mailman" Martin and Chester Baldwin

Sister in the Spirit

Praising the Lord with one of Austin's most talented sisters

South by Southwest draws closer -- lots of news from SXSW 2001

Wild Dreams of the Shy Boys

All Wound Up: A Family Music Party

A Guest in Your Heart

Trying to Break the Honky-Tonk Fever

How Tim League discovered 110 drive-in films in an East Prairie warehouse and other stories of disappearing celluloid.

Flies on the Wall With Attitude

Cinéma vérité pioneer Robert Drew, coming to town this Wednesday for the Texas Documentary Tour, speaks about the films he has made and the film style he helped create.

Mike Judge receives the Ernie Kovacs Award from the Dallas Video Festival and other news and events of interest to area filmmakers.

Just in time for Valentine's Day -- or to celebrate it being over -- Belinda Acosta offers her take on a few modern-day dating games.

The Last Days of Disco

This Whit Stillman movie perfectly illustrates how white the disco fad became, but at times, the audience has to wonder if Stillman has any idea about the era that he's trying to capture.

Tor Johnson in a Forties noir? Directed by Budd Boetticher, the director of Westerns like The Cimarron Kid and The Tall T? Believe it.

The Halston clothes, as beautiful relics of that era, are the best thing about this movie.

One Day in September

Recipient of the 2000 Oscar for Best Documentary, this film unfolds the gripping drama that occurred on September 5, 1972, during the Munich Olympics, when eight armed Palestinian terrorists took 11 members of the Israeli delegation hostage.

Most observers would agree that Austin has a Latino visual arts community, but within that community are many voices, many points of view, many styles -- and no borders.

The Zachary Scott Theatre Center's new staging of Tennessee Williams' A Streetcar Named Desire attempts to jazz up the classic, but its intentional anachronisms, jarring musical score, and robotic Stanley result in a production that is painfully off-key.

Pro Arts Collective's new production of A Raisin in the Sun does credit to Lorraine Hansberry's powerful script. Even though it runs for three hours, the show is gripping to the very end.
columns

Further Lost Austin fallout and enviro-rhetoric from our readers.

This week, "Public Notice" revels in the unconditional luv that is kids and pets … but mostly kids.

Actions are our only true belongings.

A few Snausages for your dogs of thought.

This week, join the Style Avatar for the second installment in a series about local fashion photographers.

In a very boring weekend, the very lowest point is watching the UT men's basketball team get thumped.