From Prehistory to the Present

By Any Other Name

The history of Austin's cherished landmarks reveals the extent to which chance plays a part in who among their namesakes we remember and which fade with time.

Calle Ancha isn't found on any Austin map, but this "wide street" that once ran from the Colorado River to 12th Street, where I-35 is now, was once a vital avenue for Austin's Latinos, a place where people could shop, families could meet, kids could play, and neighbors and friends in from outlying areas could shoot the breeze.

The Avenue That Existed Before That Big Parking Lot in the Sky, I-35, Was Built

Life at the Cha-Cha Palace

Murders from Austin's not quite forgotten past

Shades of the Past

Austin's ghosts, from pioneer times to the present

Right in the booming heart of Austin, folks can still find evidence of times past. Devin Greaney explores some of Austin's abandoned haunts.

Politics News Items for the Week

City council lingers over matters including the fate of the Austin Music Network, the city's media system as a whole, and the proposed Mueller Airport swap.

George W. Bush may have to testify in the influence-buying scandal known as Funeralgate, if attorneys for whistleblower Eliza May manage to convince a state court.

Expect some upsets at the state housing agency, as Gov. Rick Perry and the state Sunset Advisory Commission implement changes in the scandal-wracked department.

A photographic guide to some of the markers that still point to parts of Austin that have disappeared.

The Texas state budgeting process is called conservative, but might be better described as "penny wise, pound foolish." 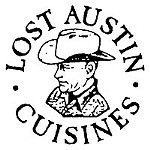 The Flight of the Night Bird

The Frisco Shop: Last of the Legend

Entertainment has always been a keystone of Austin's identity, Cuisines writer Rachel Feit observes. And among Austin's numerous diversions were German beer gardens.

Why Virginia B. Wood's first culinary epiphany got her in big trouble.

Club hopping through Austin's musical past.

Part of Our Day

When discussing the Golden Age of Television, we usually speak in terms of the national networks, but there's another chapter to the tale. Belinda Acosta looks at some of the pioneers of Austin television.

It's been over a decade since Slacker premiered at the Dobie Theater. Since then, the lifestyle it celebrated is largely gone, along with the locations it helped make famous. In this "Slacker map," we look at what's disappeared and what's endured.

Hoping to capitalize on the success of Tobe Hooper's 1974 surprise horror hit Texas Chain Saw Massacre, Future-Kill reunited that film's stars Neal and Burns and aimed for a similar creepy / kitschy vein. It failed.Meat Loaf quits his day job to become the world's best roadie. Sound weird? It is. 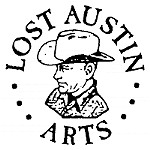 In the early Eighties, back when Jay Leno was still funny, he and a number of now-big name comics told jokes at a little place on Lavaca called the Comedy Workshop. Being there changed the life of one person, who recalls what it was like.

The Texas Cultural Trust Council announces a new set of honors for native and residents of the Lone Star State, the Texas Medal of the Arts Awards, and the recipients of the first awards.

Yasmina Reza's Art has come to Austin, and the Zachary Scott Theatre Center production is equal to the playwright's work. It's a pearl and it's the inside-out of a pearl -- a thing of beauty and the irritant that creates it.

Roosters: In The Midst of Poverty, Beauty

The Different Stages production of Milcha Sanchez-Scott's Roosters offers a script and actors that are quite enjoyable. However, the mix of inventive and repetitious staging, striking and visually inappropriate costumes, open and cluttered space, it feels almost like two entirely different shows.
columns

Welcome to the Austin That Was.

This week's Public Notice gets cranky on the bike tip and pedals a worldview geared to a slower pace. Hynuk!

The Style Avatar expounds on the First Family Jewels.

More interest for your memory banks.

The slow-cooking tradition of Joel's Bar-B-Q outside Flatonia.

A guide for the younger generation: Sick of hearing about Woodstock? Recreate all of its dubious glories at this year's Super Bowl party.