Examining the prospects for Austin's lobby at the 77th Legislature

Why Austin Gets Screwed

Austin's high tech economy is boosting some wages, but leaving others behind, while the cost of living rises

David Waters prepares for trial in federal court on charges that he helped conspire to kidnap and murder atheist Madalyn Murray O'Hair and her family.

Gifts for pets and corporate spies, and Michael Milken lobbies for a presidential pardon. 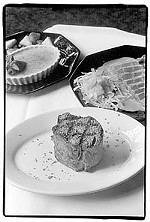 One bite of steak from Ruth's Chris Steakhouse and we were in meat-eater heaven, Mick Vann writes. It was the consummate carnivore's dream. Unfortunately, it's not a consistently dreamy experience at Ruth's Chris.

The holiday season has been like a runaway train for Cuisines editor Virginia B. Wood; here's a list of the new restaurants in Austin she wants to try out in January. 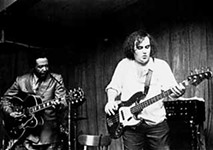 Sandy and Bob are almost done in, while Kirsty MacColl isn't so lucky, and Pops Staples goes onto his great reward. Dopey the Goat, meanwhile, becomes cabrito. Lost at Sea and Back Again

A new film series begins at the Off Center, introducing avant-garde films and a new theatrical venue to Austin moviegoers.

The Mole, Temptation Island, and Survivor II -- get ready for a whole new season of watching contestants backbite, cheat, weasel, outsmart, and canoodle their way to the win.

The Postman Always Rings Twice is a stunning achievement that will live forever.

All the Pretty Horses

The Lifestyle: Group Sex in the Suburbs 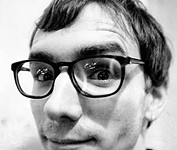 Will Anybody Ever Love Neal Medlyn?

Nine Austin arts organizations find grants in their stockings, courtesy of a Santa played by the National Endowment for the Arts.

Through his Holy Cross Quadrilogy, a solo show that tracks three friends through four years at a Catholic high school, writer-performer Rob Nash takes us back to adolescence, re-creating that time of life in all its cruelty, uncertainty, agitation, and yearning, but also blessing it with an abundance of good humor and compassion.
columns

An integral creative talent of the past and present in this extraordinary town, Cast Away screenwriter Bill Broyles makes the perfect cover subject for this publication as we cross over into the new millennium.

These letters spell highway violence, the environment, and a lost bracelet.

Gather round the Yule log and the figgy pudding, get out a paper and pen, and jot down some of these items from our Annual Holiday Wish List 2000, Part 2. Local organizations need you!

Somehow your Style Avatar remains faithful to fashion, even while bedridden. Read all about it …

Baseball, bats, obits, no buts, and environmental action figure into this year-end wrap-up.

A note of hope and thanks for the new year.