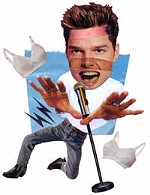 My normally mild-mannered mother shakes her Bon-Bon with the best of 'em at the Ricky Martin concert.

A description of the Stratus Properties / City of Austin development negotiations, and the historical precedents (Freeport-McMoRan)

Stratus Properties tries to shake the ghost of Jim Bob Moffett as it is acquired by Tom Hicks.

The Stratus Board of Directors

The Details in the City's Proposed Settlement With Stratus Properties Are the Fine Print in the Term Sheet.

Mueller: The Art of the Deal

Will the City Give Away Mueller Airport to Save Barton Springs?

A recap of a conversation with the late Henry B. Gonzalez, the Bush press machine rumbles along, the press speculates on Bush's appointments.

Grappling for the Gavel

Hyde Park Baptist Church is back at council, this time claiming that neighbors have no right to appeal its five-story parking garage in the Hyde Park neighborhood.

Wind power is creating a huge buzz in Texas; but will the honeymoon last?

Sterling Lands' Eastside Action Coalition sends a letter to AISD, warning that eastside minority residents may take their children out of public schools if the schools don't improve their record on minority student achievement.

This week at council: The city's proposed agreement with Stratus comes up for discussion; the Pedestrian Plan awaits approval; and Vignette's downtown deal is up for a vote. 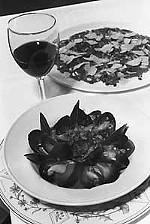 Si Bon is located on South Lamar in a comfortable old home. Step through the door and you find a warm, friendly atmosphere: happy customers tended by smiling staff. A cozy bar. White tablecloths, a comfy fireplace and lip-smacking aromas. Before you ever get to your table, Si Bon makes a good impression.

Boston's Austin Grill imports native Austin tastes to Northern climes. Eli Kooris reports as to whether the venture is a success.

Virginia B. Wood recounts just how busy the fall has been: births, new books, graduations, and prizes.

At long last, Greg Beets has discovered Austin eateries where gluttony need not be constrained by the wallet impact of a la carte pricing.
music

A Man and a Half

Q&A with the signature bluesman of the Nineties, R.L. Burnside.

Broken Spoke is broken into and thieves ride away with owner James White's family heirloom: a saddle, mister. 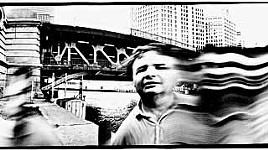 Short, Quirky, and Totally in Control

Chicago documentarian discusses the inspiration behind four of his most popular short films, showing at the Alamo Drafthouse as part of the Texas Documentary Tour on Wednesday, Dec. 6.

Julia Roberts rises above her oppressive hype to turn in a winsome performance in this Steven Soderbergh film.

Japanese filmmaker Seijun Suzuki was fired from his film company for his off-the-wall cinematics; these two Sixties gangster movies explain why.

Kurosawa uses Shakespeare's King Lear as a template, but in Ran Lear's three scheming daughters are sons, and the action is transposed to a mythic, dreamlike, feudal Japan. Like an adrenalized fever dream of ultimate power gone awry, Ran reveals Kurosawa's grasp of visual splendor at its most powerful.
arts & culture 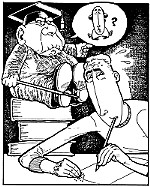 Who Wants to Be a Theatre Geek?

A quiz to find out who knows what about theatre in Austin.

What Kind of Theatre Do You Go For?

Our sassy quiz will match you up with the Austin theatre company of your dreams.

In the Austin premiere of Santos & Santos, a contemporary drama by El Paso native Octavio Solis, Nushank Theater Collective smoothly plays out a tale of Chicano brothers coming to terms, with culture, power, and the nightmare of pursuing the American Dream.

The Cripple of Inishmaan

The company of Different Stages' production of Martin McDonagh's The Cripple of Inishmaan bring the script to life, but to in the eyes of reviewer Rob Curran, they work too hard to get a chance to enjoy it.
columns

It's a salmagundi of responses this issue, with bits regarding dolphin bacteria, word use, national politics, and Marc Savlov's cinematic taste (or lack thereof).

Hey! It's beginning to look a lot like over-glitzed, commercialized spending spree time of year, and oh, yeah, good will to all man and woman, man, so why don't you get on the public service tip whilst getting yer yule on to help your brotherman, or whoever …? Okay?

The Mighty Mr. Moser steers you toward some fine holiday shopping and fashion events.

A sparkly grab-bag of factoids for your disseminating pleasure.

Luling's Icehouse Pottery is a thriving center of ceramic, glass, and jewelry artisans.

Like a veteran rock & roll band, the Westlake High football team delivers the goods, week after week, show after show.

The continuing growth of the HIV epidemic.