The Bride From Hell

The Austin Chronicle's style avatar wants your wedding to be the peachiest. Here, he offers helpful hints to make your wedding panning that much less disastrous.

Laura Radewald: Quite an Experience

The Making of a President

While waiting for election recount results, George W. Bush is imitating Lyndon B. Johnson while allowing his staff to run the show.

Analysis of the Nov. 7, 2000 election in Travis County, focusing on turnout, the rail vote, and Ralph Nader.

The George Bush campaign office's e-mail volume increased after Election Day and Elliott Naishtat could be veto bait if Bush continues as governor.

Free Radio Austin gets shut down again; this time, possibly, for good.

The lawyer representing George Bush in court in Florida has represented dozens of right-wing causes and is a friend of Kenneth Starr.

A recap of how the Democrats and Republicans fared in this year's state legislative elections.

The City Council prepares to debate a new settlement with Stratus Properties in a series of public hearings.

Contrary to popular belief, Vignette Corp. isn't making improvements near its future downtown location out of the goodness of its heart; rather, it's being subsidized by the city.

A Place, a Time, a Memory

How to Cope in Catalunya

Second Helpings: Home Away From Home 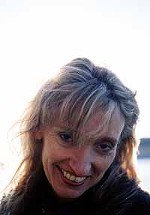 Where Idealism Is Still Alive

The first Rockrgrl Music Conference gets a blessing from Seattle's rain goddess.

Freddy Fender is diagnosed with Hepatitis C, as news comes in that Direct Events owner and longtime local live music promoter Tim O'Connor is getting ready to retire.

Lookin' Out the Screen Door

The Peek-a-Boo Book of Spells

I Am the Only Running Footman

Beyond the Ha Ha

Sex Is Thicker Than Blood

Back to the Blues

The East Side Band

All the Pretty Horses

You Can Count on Me

The Austin Film Society announces ticket sales for the locally filmed Miss Congeniality benefiting the Texas Filmmakers' Production Fund, and other news, workshops, and gatherings of interest to the film community.

Spike Lee's Bamboozled, a satire about the return of the minstrel show on television, is a powerful indictment of the entertainment industry.

Plunkett & Macleane, the first film from Jake Scott (son of Ridley), is a lush but troubled debut.

Even for die-hard Joan Crawford fans, The Caretaker (aka Della) is hard to stomach.

The Grissom Gang is a good afternoon's crime film.

To Ancient Troy (By Way of Denver)

Ancient Greece and modern Denver may seem an incongruous pairing, but in the new Greek epic Tantalus, produced by the Denver Center for the Performing Arts, they prove a striking fit, creating a work that's heroic.

Aaron Brown can write, no doubt about that, but in his new play The Bridge Burner the Austin playwright has used his fine ear for dialogue, skills of characterization, and sense of outrage to cover familiar territory in the vein of dysfunctional family drama.

Brave enough to use symbols like the butterfly, the flower, the heart, the egg, and the dove, Austin artist Pio Pulido also proves in his new exhibition at the Dougherty Arts Center that he is wily enough to find new energies in these tired subjects.

Telling the story of unlikely roommates – a staunch middle-aged couple and two young stowaway servants – trapped in a house in 1665 London at the height of the plague, One Flea Spare is an altogether decent sex-and-death psychodrama, and the high caliber of this production an altogether auspicious beginning for School of Night Productions.
columns

Chronicle editor Louis Black on Election 2000: This isn't a crisis; this is a robust burp.

Hey! It's Thanksgiving, kids! And, wow, we are so honored, so thankful that you or that anybody for that matter is reading this, our humble little public service column, instead of remaining glued to the tube in breathless anticipation of a Chief to sing "Hail to the ..." to or some stupid holiday bowl game ... Hello?... Where'd they go? ... Helloooooooo? Is anybody out there?

The current election crisis proves the strength and integrity of our political institutions.

Coach wrests the TV Room away from the womenfolk to watch college football's "Rivalry Saturday" -- but what a disappointment!