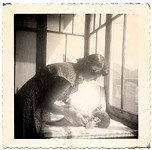 Tit for a Tat

Five Snapshots in the Struggle Against Breast Cancer

The Chickens or the Regs?

Down Came the Rainey

With downtown redevelopment encroaching and property values the highest they've ever been, Rainey Street residents are getting ready to cash in their chips and leave.

The Deal of a Lifetime

TDHCA Board member Florita Bell Griffin is standing trial in a Houston federal courtroom on allegations that she, along with two co-defendants, conspired to profit from deals she helped approve.

State of the Races:

End of the ROAD: The Battle Over Light Rail

Rail Will Cost Too Much and Destroy Austin

Max Nofziger argues that light rail is too costly and will destroy the Austin we love.

Council approves the relocation of the city's Central Booking Facility; the divisive East Cesar Chavez Neighborhood Plan goes through first reading; and Lumbermen's Investment Corp. presents a tentative agreement on its property near the Seaholm Power Plant with the city.

After environmentalists object, the council postpones a hearing to decide whether to trade land at Mueller Airport with Stratus Properties.

Shutting Out The Majority; 'Quality' Junk

The Art of Eating Well

Aquarelle brings to the Austin dining scene a studied elegance and a decidedly Old World taste for unrestrained luxury, Chronicle Cuisines writer Rachel Feit writes. But it is still a young restaurant. 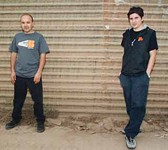 The border city of Tijuana gives birth to the bastard genre of Norteño and Electronica, Nortec.

Moody Anderson and His Western Warehouse

Turk Pipkin goes to The Sopranos and other upcoming events and workshops of interest to the Austin film community.

Belinda Acosta runs down programs to take our minds off the upcoming election, along with programs to make us confront it.

The Legend of Bagger Vance

That special thing that happens between artists and boards of directors can be a lot like a love relationship: Intimate. Fulfilling. Long-term. Working as one body. However, it can be and often is complicated.

The project that director Vicky Boone and playwright David Hancock took to the Sundance Theatre Laboratory in 1999 -- or at least a form of it -- shows up onstage this week.

In Second Youth's 10th anniversary production of The Snow Queen, the ending can be sensed from the beginning, but it's the journey that counts, and this journey is full of wonderful surprises and theatrical magic.

Long after everyone who was in Bass Concert Hall the night of October 29 has shuffled off this mortal coil, Stephen Mills' ballet of Hamlet will live. Ballet Austin's world premiere production looked and sounded sublime.

While writer-performer Wayne Alan Brenner has a quirky style and indisputable stage presence, his new show Full Mental Jacket is so self-referential that, like an overanalyzed relationship, it talks itself to some semblance of death.
columns

Light rail: "It's the future, stupid."

Rants and raves about the state of the Austin fashion scene.

The Varner-Hoogg Plantation State Historical Park, near Houston, has gone from a settler's cabin to a great sugar plantation to an oil wildcatter's weekend home.

Expect no leadership on AIDS from either major-party presidential candidate.