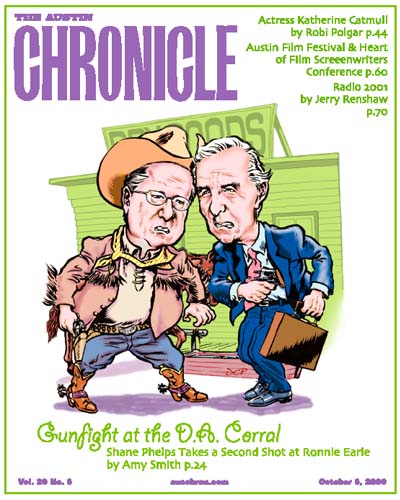 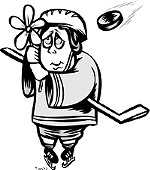 Confessions of a Sensitive Jock 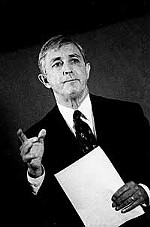 Rerun at the D.A. Corral

The death penalty in Travis County

The fate of Lacresha Murray remains in a holding pattern as D.A. Ronnie Earle ponders how to proceed on a case that has brought him national criticism.

Death Row by the Numbers

When it comes to city planning, nothing's constant but change.

In the contest for 390th District Judge, both Karrie Key and Julie Kocurek have big-name support.

Gary Bradley fires back in the ongoing battle over who will control ranchland claimed by Hatsy Heep Shaffer, but it will be a while, if ever, before the Circle C developer can implement his development plans for the land.

Three bonds proposals up on the city ballot Nov. 7 may strike a sense of deja vu in longtime Austinites.

After months of litigation over who owns what portion of the Sand Beach Reserve on Town Lake, Lumbermen's Development Corp. has offered the city a deal. Also: the council discusses a settlement with Stratus properties over development on their land over the aquifer, and the city amends the camping ordinance.

Over the Counter Fraud; Shell Games

La Traviata, a new Italian Trattoria in downton Austin, is a smashing new eatery which hopefully has many years of innovation and success ahead.

Four Austin restaurants are among the best in Texas, according to Gourmet magazine. Virginia B. Wood reveals which ones and updates readers on Austin's culinary news.

Where to get coffee that is "really more like Al Green than coffee" and other mysteries of Austin coffeehouses.

October is Texas Wine Month. Why not celebrate it by taking the Texas Wine Trail? Beautiful weather, a pretty drive, and some delicious wines await.

Satellite radio, the burgeoning technology that may ultimately shake up the broadcast world the most, is right around the corner.

Q&A with one of jazz's premier guitarists.

On the verge of their hard-earned future, Dexter Freebish contemplates a life of Saturdays.

The ultimate indie director shoots straight about breaking into the business, staying there, and loving it.

Touched by a Charlie's Angel

John August, screenwriter of Go and the upcoming Charlie's Angels, on breaking into the biz and turning pop culture into mainstream cinema.

Like John Irving, Peter Hedges can create characters with such depth and originality it’s as if you have spent a lifetime in search of their company.

Jon Else's Sing Faster, showing this Wednesday as part of the Texas Documentary Tour, shows us opera Like we've never seen it before from the stagehands' perspective.

For working-class people who didn't get a college education handed to them, CBS' That's Life rings true. Also, reports on the loss of UPN in Austin, the upcoming Larry David series, and Buffy & Angel season premieres.

Dancer in the Dark

Björk goes goes to the death chamber in musical interludes. 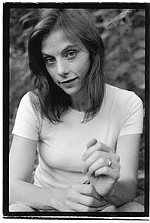 Katherine Catmull never intended to pursue a career in acting. In fact, she seriously avoided it for as long as she could, choosing instead to earn her degree in English literature. Why is revealed in this profile of one of Austin's most sophisticated and literate performers.

The Blanton Museum of Art gets an architect (for the second time), and the Paramount and State theatres move a step closer to partnership.

The performers in Austin Musical Theatre’s revival of A Chorus Line dance and sing and act, well, like they have been doing this on Broadway stages all their careers. But poor tech and dated writing make this once-groundbreaking musical appear to be languishing in its former glory.

In its new staging of Samuel Beckett's signature play Waiting for Godot, the Gate Theatre Company of Dublin has succeeded in creating a definitive production of a major theatrical work.

There was so much to enjoy in the Gate Theatre of Dublin's production of Samuel Beckett's play Krapp's Last Tape, most particularly David Kelly's poignant, honest, simple, straightforward, performance as Krapp, but understanding the tape itself was so difficult that it almost destroyed the experience.
columns

It's time to start thinking of the upcoming election's other candidates and issues.

We're sorry you feel that way.

October is Breast Cancer Awareness Month, among other things, and "Public Notice" wants you to feel the love.

A heroic swimmer falls from grace and becomes addicted to dope. A story ripped from the Olympic headlines? Why no, it's the strange tale of Priscilla the Pig, whose memory is enshrined in a Houston home.

Then along comes the right wing in South Carolina and bingo!, one step backward.

Ratings, schmatings! Why the big obsession about how many people are watching which sporting events on TV?

Out of Left Field

Tim Walker looks at this abysmal year in Texas baseball.