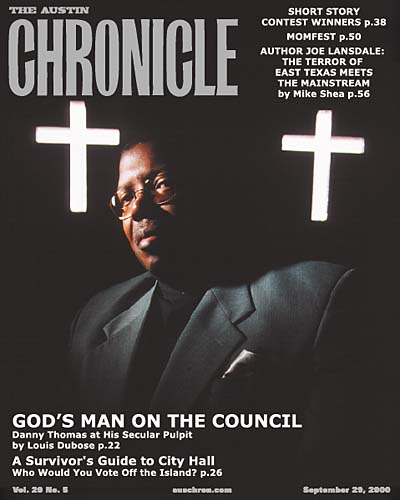 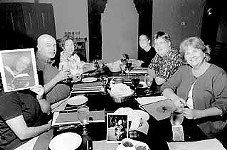 Before she knew there was really something wrong with her brother, Elaine would tell him that their mother had tried to abort him when she was only a month gone.

Sometimes You Get What You Want

Ira Cohen was a bongo player, drummer type person who picked up gigs whenever he could, which wasn't often.

Without looking Matt knows the deer is dead.

In 1971, it was unusual to hear a six year old use the "F" word. Especially in the context in which Sterling had used it.

Bobby Lee Carter and the Hand of God

When Miss Lena came home from visiting her sister in Jackson and found out Bobby Lee Carter had hanged a man from her sycamore tree, she left the breakfast dishes unwashed in the sink for the first time in her life.

Newly elected Council Member Danny Thomas is in a position to end the fighting over the Place 6 council seat.

Seven council members. One coveted position. And, in the end, only one survivor.

In Austin city politics, it's Mayor Kirk Watson's way or no way at all.

"It's been a long time since a woman was mayor," Jackie Goodman mused the other day.

Beverly Griffith's populist ideas, once held by a majority of the council, are finding few friends as Mayor Watson turns the council's agenda toward transportation.

Man in the Middle

Raul Alvarez was elected by environmental community but is not yet voting with it.

John Cornyn says he believes in privacy, but a subpoena of Texans for Public Justice seeking donor records suggests otherwise.

A tape disappears from George W. Bush's campaign office and lands on an Al Gore supporter's desk. No one knows who did it, but fingers are pointing at two Bush advisors.

Millionaire heir Hatsy Heep Shaffer says developer Gary Bradley has been improperly claiming he has her consent to use water on her land for his development in southern Travis County.

Organized through Protestant, Catholic, and Jewish congregations, the Industrial Areas Foundation's Saturday gathering was not unlike a secular church service.

Hays Councy landowner T. J. Higgenbotham reveals his plans for 50 million gallons of water he wants to pump from a well on his land.

Lorne Oppler gives the lowdown on eating kosher in Austin.

The details about how to benefit the Austin Museum of Art while eating, the news on four new restaurants, and what to expect during Texas Wine Month.

New York Deli in Round Rock has attitude. Chronicle Cuisines writer MM Pack explains why she likes it that way. 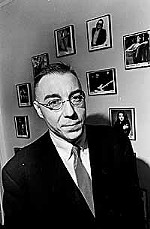 TMG label rises from the ashes of Watermelon and Antone's.

Paying the Cost To Be the Boss

Q&A with the "King of the Blues"

A Life of Saturdays

The Harsh Light of Day

I'll Hold You in My Heart

Watching Life Through a Windshield

The Trouble With Being Nice

The Search for Saturnalia

Dubs in the Key of Life

Soundscape, TX Resident, Arctectonics, City of Syrup, The Writing's on the Wall
screens

You Should Start a Web Site ...

Though they claim to only answer to their man-on-the-streets tastes, both these Web sites demonstrate how diverse the dialogue on arts becomes when just the right voices cut in.

Of Moose and Movies

Nine days and nights at the Toronto International Film Festival

If you're looking for reviews of The Nutty Professor, John Pierson's Split Screen isn't your show. If you like insightful, sometimes peculiar excursions into the independent film world, Split Screen will please you more than a stolen afternoon at a weekday matinee. Also, Olympic fever spreads -- but not without a few complaints.

Suburbia aka The Wild Side

Music of The Heart

This campy send-up of surf and slasher movies uses Gidget movies as its comic template.

MoMFest 2000 is sending a bracing blast of theatrical energy into Austin this autumn, with more than 50 companies and solo performers offering a performance buffet of short stage works, solo shows, poetry readings, dance, and comedy sketches. Here is an introduction to a few of the participating artists.

The murder in Fyodor Dostoyevsky's 1871 novel The Possessed and the 1999 murders at Columbine High School, though far apart in time and seemingly so in circumstance, become almost impossible to differentiate in The American Demons, a collaborative production of Salvage Vanguard Theater and Deborah Hay Dance Company.

Though it shows evidence of higher aspirations, the Austin Shakespeare Festival production of Julius Caesar, directed by Ev Lunning Jr. is a one-dimensional melodrama, lacking the rhetorical firepower and guiding vision that gives this drama its political punch.

Preaching to the Perverted

As its title suggests, Preaching to the Perverted is unlikely to deliver much that's new to its expected audience. Still, Holly Hughes' new solo piece serves as both intelligent entertainment and rousing battle cry for those who see all too clearly the many faults in the logic of the mainstream.
columns

Readers weigh in on the recent Best Of Austin issue, and the Save Our Volente committe rebuts an article.

October is Breast Cancer Awareness Month, among other things, and "Public Notice" wants you to feel the love.

Michael ventura mediatates on the permeability of reality.

Glossing the heights and depths of fashion, as reflected by last Saturday's big show at the Austin Music Hall.

Trivia with a bite -- and these are its teeth.

The HIV Wellness Center's offering a Healing Breath course -- and here's what it does.

Patrick Ewing deserves better. And so does the Coach, who's been forced to watch (gasp!) the Olympics.