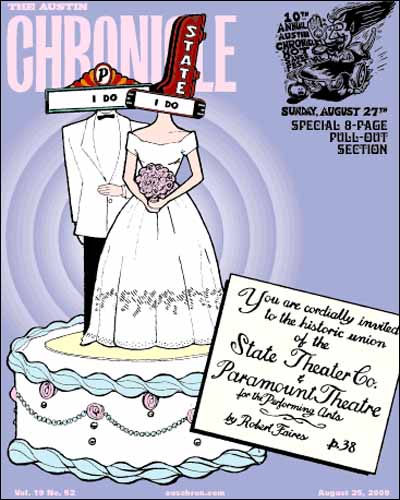 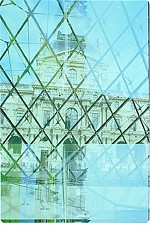 Surfing to the City of Light 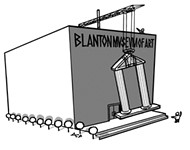 Classical Revival at the Blanton

The Candidate From Brown & Root

As Halliburton CEO, Dick Cheney and his employer made millions on government projects.

What Was Once Inconceivable

Vignette discusses its options for a planned move downtown.

Local singer-songwriter Lourdes Perez has become outspoken in the fight against the US bombing range in Vieques, Puerto Rico.

Council members announce Planning Commission appointments that promise to calm the harsh political winds that have blown through the commission of late.

Despite the many good arguments in their favor, Beverly Griffith's parks bonds and Raul Alvarez's housing bonds get shot down at council; meanwhile, Kirk Watson's $150 million transportation proposal glides through with nary a hitch.

The Triangle Square plan gets approved at council, raising questions from Eastside activists about the fate of similar projects in their neighborhoods.

Park Kerr Makes Tequila the Old-Fashioned Way, by Agonizing Over It

Gathering 'Round the Flame

The First-Ever Hall of Flame Inductees

Austinites have plenty of opportunities in the coming weeks to scorch their throats.

The RIAA amends a copyright law that labels "sound recordings" as "work for hire" thus robbing most musicians of right to their masters.

Ken Lieck goes to Florida and leaves readers high and dry with a best of column.

Experiment on a Flat Plane

Kings of the Catnap

Take to the Sky

Days Before the Flood

Do It Now Foundation

By the time you read this, it will all be over: Reflections on a summer spent loving to hate Survivor.

Tying the Knot: A Drama

Yes, the merger of Austin's Paramount Theatre and State Theater Company is a business affair, but since theatres traffic in stories, human dramas that talk to us about life, this historic event deserves to be looked at as a story, the story of a wedding between two neighbors.

Lot of Livin' to Do

For 15 years, Paul Beutel has managed Austin's Paramount Theatre, programming its popular film series and live shows and bringing it back from financial ruin, and he still puts in six to seven days a week there. Where do his passion and devotion spring from? Would you believe Bye Bye Birdie?

Don Toner's 13 years as producing artistic director of the State Theater Company have been full of struggles, but in Toner's world, struggles are good. They bring understanding, richness, beauty, and in his case, a new theatre and a loyal company.

How I Learned to Drive: This Caged Bird Sings

Cut up your jalepeños and get down to Waterloo park this Sunday.

Check out these cool opportunities to help others and beat the summer heat in this week's "Public Notice."

Happy birthday to me!

Those Canadians sure know how to flush.

A limestone hunk in Comfort, Texas -- a would-be monument to area immigrants -- has a decidedly uncomfortable history.

Media images of sex might not have the influence on teens that was previously assumed.