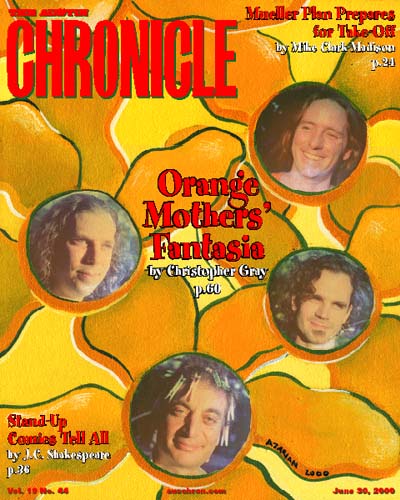 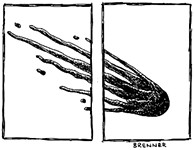 Snot-nosed Chronicle commentator Wayne Alan Brenner comments on the nature of mucous and somehow relates all this to one the great deities of the Roman Age. Okay! The Lay of the Land: Mueller Reuse and Redevelopment Master Plan

More men are taking time off from work to enjoy fatherhood

City Council will decide whether to pay money for hotel venture; Pflugerville is considering building an airport; Jerry Weissberg resigns as CEO from ibooks.com; City Council to decide whether civilians or police should handle junk car enforcement.

In a marathon Planning Commission meeting, three neighborhood plans get approved while one, the controversial East Cesar Chavez plan, gets postponed after a lengthy and heated discussion.

TDHCA board chair Michael E. Jones says he's found a way to keep indicted board member Florita Bell Griffin from participating in official business; the fate of millions of dollars in federal tax-credit housing subsidies depends on whether Griffin agrees to recuse herself.

The Texas Funeral Services Commisison apparently has dismissed a fine against the funeral home that botched the embalming of slain TV anchorman Tres Hood.

In the ongoing trial in Waco, the Branch Davidians’ attorney is arguing that the FBI was too quick to resort to massive weaponry during its siege on the Davidians’ compound, endangering the lives of women and children inside.

The council approves on first reading an East Austin apartment complex 500 feet away from a plant where toxic chemicals are stored, but some council members are promising to scuttle the project if it comes back for final approval.

Ken Martin sells In Fact Daily to reporter Jo Clifton to focus on his monthly magazine, The Good Life. 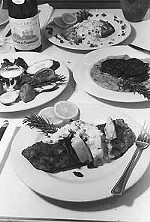 City Grill hasn't lost its stride, Barbara Chisholm writes. In its early days, it was one of a few spots in Austin that offered good dining in a sophisticated atmosphere. These days, the competition in that arena is considerably more intense, and yet it remains popular and perfectly in style. It's not an easy trick.

Virginia B.Wood doles out some needed advice about how to capture the best Hill Country peaches and updates readers on the local culinary news.

A Spoonful of Ginger: Irresistible, Health-Giving Recipes From Asian Kitchens 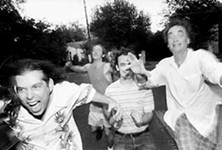 I Am the Jellyfish That Walks Upon the Land

The Mother of all pop bands

Songs in the Key of Ethan

A Postmodern Fear of Significance

Before They Get Stupid

Grand Champeen eschew Minneapolis for Austin even though they just want to rawk!

Vision Take Me Make Me Never Forsake Me

The Gospel According to Austin, TX

There's a Movie Goin' On

Too Hot for Snakes

Everything You Thought Was Right Was Wrong Today 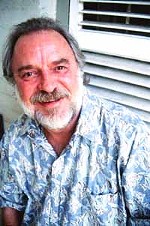 The Life of the Party

A tribute to Nancy Marchand, matriarch of The Sopranos, who died of lung cancer on June 18.

The Adventures of Rocky and Bullwinkle 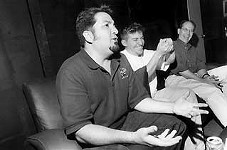 Comedy isn't the funny business it was in the Eighties, what with fewer clubs and audiences burned out by comedy on cable and hack comics. Seven Austin comics discuss the current state of stand-up in a round-table discussion.

The Blue Pearl: A Heart-rending, Joyous Affirmation of Life

In the profoundly beautiful world of Blue Pearl, the third installment of her scaffold trilogy, choreographer Sally Jacques gave us an extended collaborative offering of movement, sound, and light and more, a heart-rending and joyous affirmation of life.

Merton of the Movies: Gone Soft

In 1922, George Kaufman and Marc Connelly's Merton of the Movies was a pointed satire of Hollywood, but 80 years have softened the play's sharpness, so the Different Stages revival is little more than nice.

Sitting through the UT Opera Theatre production of Stephen Sondheim's Company is not unlike having a dinner party for people who are pleasant enough if you can get past their idiosyncrasies, such as a tendency to make noises at the end of their questions: "What would we do without you-ooh?"
columns

"Public Notice" notes a few great ways to celebrate the Fourth of July holiday weekend by helping a good cause.

The mid-summer drought in traditional sports is on (the Olympics don't count). Also, Monday Night Football will try not to suck so bad; Mike Tyson's a bore, and Sampras and Agassi may be getting too old.

The AIDS Denialists; What Does Cause AIDS?