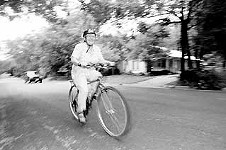 Rosemary Vines has been shaking her booty with her three-year-old students at St. George’s Episcopal for 30 years. 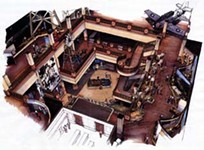 Bob Bullock's final monument to himself, the Texas State History Museum, won't have many historical documents, but it promises to be entertaining.

As Big As Texas

Seven years after the ATF's raid on the Branch Davidians' Waco compound, the government continues to blame the media for tipping off the Davidians about the raid while hiding information that tells a different story.

Chronology of the Raid

Lloyd Doggett’s 40 acres stand in the path of a proposed extension to the Bull Creek Greenbelt, but he’d rather develop the property into houses than sell the land to the city.

The Texas Supreme Court agrees with the city of Austin that exemptions from water quality regulations for large landowners are unconstitutional, extending Austin’s winning streak in court.

The city and the Anderson Community Development Corp. part ways over the Anderson Hills development in East Austin, which suffered from costs overruns and excessive developer’s fees, but the project will likely still be built with loans and private funds.

SOS sues the EPA and the U.S. Fish and Wildlife Service for failing to do enough to prevent runoff pollution from despoiling Barton Springs.

New council members are sworn in. "The moment I walked into Lucky Dog on Spicewood Springs Road," Cuisines writer MM Pack writes, "I knew I wasn't in Austin hot-dog land. For one thing, people working there were wearing Bulls' caps, and they hadn't learned to pronounce those flat As in Longview."

Virginia B. Wood explains why Texas Folklife Resources' new exhibit "The Welcoming Table" is worth a visit and updates readers on local culinary news. The Rules Have Changed

Two veteran music writers conduct an e-mail correspondence in order to look at new ways of reinventing the music industry.

The war betwixt Dynamite Hack and Vallejo escalates, in truth and in fiction; Watchtower gears up to rock Germany's ass off; Hank's Roadside Cafe bites the dust.

The Cavern Club. Liverpool, England, May 20 Double Indemnity, The Blue Dahlia, Strangers on a Train

Absolutely delightful filmmaking, chock-full of gorgeously goofy animation and a storyline that cleverly echoes everything from Stalag 17 to Cool Hand Luke. – Marc Savlov

You have to admire Michael Almereyda's contemporary rendition of Shakespeare's Hamlet if for no other reason than its audacity in staging one of the passive prince's timeless soliloquies in the Action aisle of his local Blockbuster. “Go Home Happy,” chirps the store banner in the background. 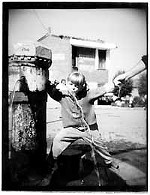 The new photo exhibitions “Kosova24: Life After Wartime” and “The Welcoming Table” may document radically different experiences, but they share a sense of life turning from season to season, generation to generation, persisting even in the face of dramatic upheavals. Life goes on, and both shows offer portraits of human resilience and perseverance.

A new CEO for ARTSCenter Stage; some bad luck for a pair of former Austin actors.

The Butcher's Daughter: Have Knife, Will Travel

The paperback reissue of Steve Erickson's The Sea Came In at Midnight prompts a reflection on his writing.

Coach, on vacation in Cozumel, is having a little trouble keeping up with sports, but his cap's off to those gutty Pacers!

Barry's Coffee Company in Temple provides fuel for the discerning I-35 driver in the form of real coffee, desserts, and the best chicken salad sandwiches in the universe.