Jay Hardwig carefully recounts falling out of love with whistling. 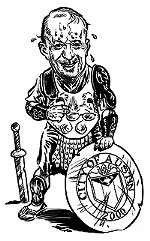 The Life and Times of Gus Garcia

A defense attorney claims a police detective held a gun near his client's head to coerce a confession from him in the yogurt shop murder case; a tree in Town Lake Park will be spared the axe; Austin Energy hits record-breaking energy use.

Utilities' estimates of stranded costs associated with deregulation are coming in, and they're far higher than the figures originally provided to the Texas Legislature when the law was being approved.

The Springvalley Townhomes, an affordable housing project planned in Williamson County, won approval from the state housing agency despite a long history of problems with its developer.

Herein, a concise explanation of all those weird and voluminous charges attached to your local, mobile, and long-distance phone bills.

World of Pies: A Novel

Whether you've got a taste for dishy back-of-the-house gossip from the world of upscale New York restaurants or you're curious about the spice trade in the 16th and 17th centuries, the Chronicle's food writers have you covered in their roundup of books about food that would make for good summer reading.

Nathaniel's Nutmeg, or, the True and Incredible Adventures of the Spice Trader Who Changed the Course of History

Ethnic Cuisine: How to Create the Authentic Flavors of 30 International Cuisines

From the Journals of M.F.K. Fisher

The King of Hops Returns

Earlier this month, Michael Jackson, a well-rounded Englishman who travels the globe sampling local brews and entertaining faithful beer geeks with educational tastings and deadpan jokes about pop-star pedophilia, made his annual trek to Austin for a beer-tasting dinner at the Bitter End.

Virginia B. Wood explains how Austin became the second city in America to pass a resolution on genetically engineered food and updates readers on other local culinary news. 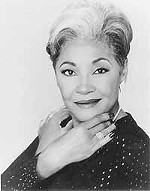 Edie Brickell returns to tell the world what she is.

Beneath the Country Underdog

Monty Meets Sly and Robbie, Living In the Flood

Pieces in a Modern Style

The Fatboy Slim / Norman Cook Collection, On the Floor at the Boutique: Mixed by Fatboy Slim

The Digital World Turns the Page

Cyberselfish: A Critical Romp Through the Terribly Libertarian Culture of High Tech

Beyond the Charts: MP3 and the Digital Music Revolution

The Geek Handbook: User Guide and Documentation for the Geek in Your Life

Is there anything worse than that long stretch before the start of the fall season? Thank God for cable.

The Best of Alex Jones

The assertion of the individual is at the heart of the Austin Museum of Art's new show, "Liberated Voices: Contemporary Art From South Africa," which makes it fresh and full of surprises; it resonates with the hungry energy of a country emerging from oppression and brims with experimentation and unique, original perspectives.

Salvage Vanguard Theater has dared to revive the radio adventure serial in its action-packed original The Intergalactic Nemesis and, hard as it may be to believe in this age of Austin Powers spoofery, the company plays it relatively straight and gets impressive results.

The Intergalactic Nemesis: 'Not the mind-whammy again!'

Coach can't hit a wedge shot, or make a putt, but he's trying.

HIV Doesn't Cause AIDS? Who Says?