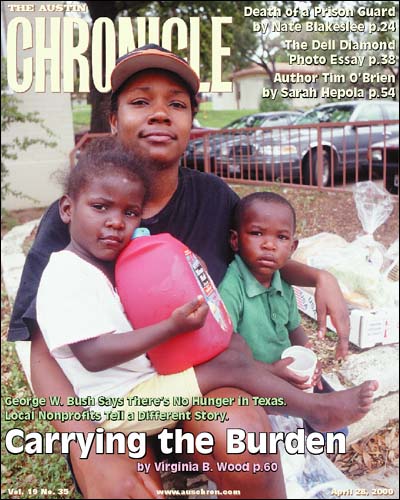 In Texas Prisons, It's Hard to Tell Who Your Enemies Are

Salt of the Earth

Local activists remember Cesar Chavez on the seventh anniversary of his death.

With plans for the Colorado River Park nearly complete, a process that looked ugly at its outset has produced a blueprint that nearly everyone can live with.

A Sunset Advisory Commission staff report recommends a two-year probation for the Texas Dept. of Housing and Community affairs, but that may not be enough to save the ailing agency. 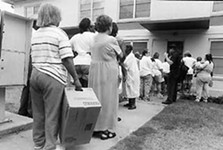 During Gov. Bush's campaign for his party's presidential nomination last fall, reporters asked the candidate to comment on a federal government report asserting that many Texans, including large numbers of children, were going to bed hungry. "I saw the report that children in Texas are going hungry. Where?" he demanded, going on to say, "You'd think the governor would have heard if there are pockets of hunger in Texas." Indeed, you would, especially if one of those pockets is just a few miles from his front door, Virginia B. Wood explains as she explores the very pockets of hunger in Austin Bush has difficulty fathoming.

By supporting food assistance and promoting economic independence among people in need, Share Our Strength meets immediate demands for food while investing in long-term solutions for the problems of hunger and poverty; here's the info on how to attend an event on April 30 that will benefit SOS.

Jorge Zapata, supervisor of the Austin PARD's summer free-lunch program, is serious about outreach. He wants the parents of all Austin school kids who qualify for reduced-price or free lunches to know their kids are welcome at the 55 PARD summer free-lunch sites around the city.

During classes at La Cocina Alegre (The Happy Kitchen) Food School, participants learn how to economically provide and prepare fresh, nutritious meals for their families.

In addition to the nearly 50 food pantries operated by local churches, neighborhood centers, and social-service agencies in the Austin metropolitan area, here's a list of soup kitchens that provide some meals for Austin's hungry and homeless citizens. 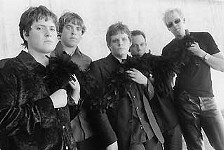 The Ego Has Landed

Love Supreme frontman Noah Lit shares his interests and disinterests - and talks about his band occasionally.

Diablo 2 Lives Up to the Hype

The Taos Talking Pictures Festival has carved out a place as one of the country's top 10 film festivals with an eclectic, mellow mix of artists, activist politics, panels, and New Age philosophy.

After federal agents stormed the Gonzalez house last Saturday, it was all Elián, all the time on cable television : but doesn't it feel more like a movie of the week than breaking news? Also, upcoming May television events, and networks announce series renewals.

Talk About a Stranger

Where the Heart is 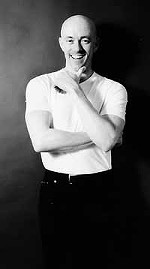 Dance of the Prodigal Son

Soft-spoken and self-effacing choreographer Stephen Mills seems an unlikely candidate for rebellious Prodigal Son. But he was, breaking away from Ballet Austin in 1996, only to return two years later. Now the newly named artistic director of Ballet Austin, Mills talks about his departure, his return, and the future of the company.

They're horrible! They're evil, mean, and terrible! They're New Yorkers! They're the Fabulous and Ridiculous Theatre, and they're giving laid-back Austin a shot of scrappy, sophisticated, lowbrow, smart-ass theatre.

An honor for Don Toner at the State Theater.

Louis Black sounds off on the Chronicle endorsement process.

Readers are baffled by the Chronicle's "no endorsement" for the mayoral race.

Public Notice straps on the skates, picks some flowers for mom, and finds out if it is eligible to donate to the Mother's Milk Bank….

Aging stars and aging boomers spell an ongoing decline in the popularity of tennis, Coach muses, while dropping a bundle in a Vegas sports book.

Day trip in style with a Harley from Austin's EagleRider Motorcycle Rentals.

A new bereavement support group is getting underway thanks to AIDS Services of Austin.