Carol Brorson consults the experts to get to the roof of Austin's rat problem.

Some Words from the Professionals

Think you're the only one with a rat problem? Bernadette Noll reassures that you are not alone.

Building SH 130 is still being considered in terms of costs, routes, and whether it will be a toll road.

Where the Road Will Go

SCI: One Foot in the Grave?

According to the latest FBI crime statistics, El Paso and Austin rank No. 1 and No. 2, respectively, among the cities with the lowest murder rates in the nation.

Larry Robison, a schizophrenic killer whose parents tried to get help for their son but were turned away by state mental hospitals, is scheduled for execution on Friday.

AISD Superintendent Pat Forgione presents the district's dropout prevention task force recommendations, but not all members of the community are happy with the results.

After working out some of its kinks, Austin's all-news cable channel, News 8, earns a high "C" for constant availability, lengthy news segments, and decent-quality programming.

"This is food you know; there are no surprises," Chronicle food writer Barbara Chisholm declares about Ray's Steakhouse.

The rise, fall, and rebuilding of Austin stickman Thor.

Another club bites the dust, the first happy bands of 2000, the Greatest Band in the World comes to SXSW, more people do stuff

Building Nothing out of Something

Open Land, A Long Time Ago

The Very Best of Robbie Fulks

Swiss documentary maker Richard Dindo considers himself a "portraitist or biographer of those who are no longer with us." This week, he brings two films : about revolutionary Che Guevara and writer Jean Genet : to town as part of the Austin Film Society's Texas Documentary Tour.

David E. Kelley is one of the most gifted and powerful television writers of the late Nineties : so why is he wasting his talents on trips around the belly buttons of the most self-obsessed, spoiled creatures ever created for the small screen?

The End of the Affair 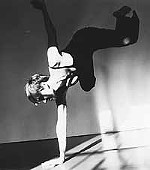 A new generation of Austin choreographers is expanding our concept of dance through the combination of movement styles and traditions from across the globe, and Barbejoy Ponzio talks to them about the part fusion plays in their work.

A major change in the staff for the Salvage Vanguard Theater; a new endowed chair for the UT Department of Art and Art History.

Othello: Brought Low by the Patriarchy

Dark of the Moon: Gotta Slop Them Hogs

Candide: On the Road Again

Don't be afraid of State Highway 130.

Don't look to the past, don't repeat other's mistakes, and don't read the Chronicle's movie reviews.

High school students comment on the meaning of the new millennium.

Huntsville ... it's more than just a prison town!

Go high-stakes shopping with Dodie Kazanjian in her new book.

Any Given Sunday bites, but no worse than the Coach's prognostications last week. Old wisdom: The Colts are the best in the league. New wisdom: Titans may be for real.

Where to get free, anonymous HIV testing in Austin.