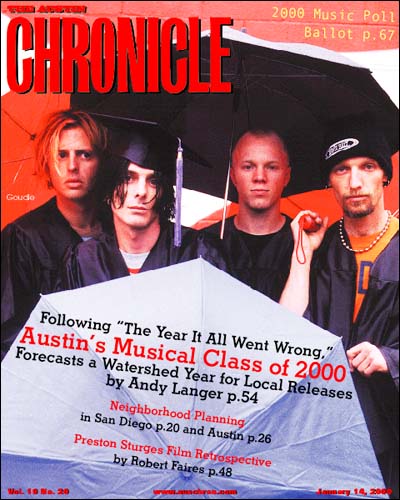 Odd guy Charles Harp advocates for even number and ponders the inherent beauty of rounding.

When Margaret Thompson answers her phone, she never knows how distraught the person at the other end might be ... 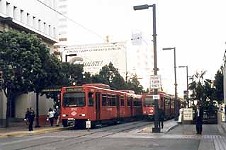 San Diego is everything Austin wants to be: livable, transit-oriented, pedestrian-friendly, and downtown-centric. But will tools that worked in the nation's largest border and military base town translate to Central Texas?

Candidates lining up for city council races; things are heating up in the district 48 race; the austin police association is not happy with the manner in which chief stan knee has picked his assistant chiefs, and the jesus video is being mailed to every texas household.

The latest public hearing on the proposed Longhorn pipeline through south Austin brings out 2,000 protesters and a few supporters to speak the gas pipeline, whose environmental impact is being debated.

The annual Austin Environmental Directory includes, for the first time, a report card rating Austin's environmental record. The outlook looks dismal on the surface, but the verdict isn't all doom and gloom.

Bartenders who worked at private tents during A2K say they were bilked out of thousands of dollars by the tents' promoter, who is nowhere to be found.

Out With the Old At Home in the Outpost

R.O.'s Outpost, 17 miles west of Austin in the Hill Country, serves the kind of food, reviewer Mick Vann reports, that "the old folks grew up on, and the kind rarely found these days in our modern, fast-food, a-go-go world."

Cookbook Lovers Are Invited to Shop!

Why were Pacifica's employees locked out of the restaurant, much to their surprise? Virginia B. Wood updates readers on that news and other restaurant updates.

Wes Marshall visits Jean-Luc's French Bistro on a weeknight to check out the food-wine pairings.

Liberty Pie doesn't usually meet the 30-minute deadline the pizza delivery boys do (in fact, they don't deliver at all), but that's for the better, Barbara Chisholm explains.
music

Abra Moore: With a Little Help From Her Friends

Butthole Surfers: Disney and the Surfers Shoot for Post-"Pepper" Fantasia

Vallejo: Bilingual Rockers Out to Make Their Momma Proud

Meat Puppets: Back From the Lake of Fire, the "New" Meat Puppets Feel the Love

Kacy Crowley: A New Year, a New Debut, and a Newfound Talent for Lying

Wan Santo Condo: Big Plans From A Band You Know Nothing About

Pushmonkey: Ozzfest Veterans Look to Bite Off a Piece of Radio

Double Trouble: Learning as They Go, Layton and Shannon Start Their Own Texas Flood

Jimmie Dale Gilmore: After Endless Nights of Waiting, Fans Get Their Man on the Flatlands

Fastball: Can They Turn Two?

System of a Down, La Zona Rosa, January 7 Fast, Cheap, & Out of Control

While the rest of the nation was rallying around the flag, screenwriter and director Sturges was spitting out a series of rapid-fire Hollywood comedies that showed untruth, injustice, inequality, corruption, chicanery, and illicit sex running rampant across this land from sea to shining sea.

Television's millennial celebrations may have been short on crises, but they were long on global partying; also, the latest in midseason changes, including the addition of a quirky new show called Malcolm in the Middle.

All About My Mother merges all of Almodóvar's noted preoccupations with women on the verge of nervous breakdowns, screwball melodramas, and flamboyant visual touches with a cohesive – and universal – story about the faces and roles we all adopt in public.

Those Who Love Me Can Take the Train 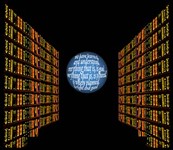 Back to the Garden

The musical Candide has had as tumultuous a life as its wandering hero. Robert Faires catalogs its journey and explains what has kept it alive and why it's always a pleasure to revisit.

The Many Lives of Candide

Despair's Book of Dreams and the Sometimes Radio: Grooving Among the Shreds of Shadow

Cities can manage their destinies.

This week, Public Notice explores bike activism, the Y2K fallout, lesbians who lose their shoes, and so much more ...

All sixty-eight years and 170 members of the "the world's longest-running Western Swing band" are covered at the LIght Crust Doughboys Hall of Fame and Museum in Mesquite, Texas.

The jury's still out on the origins of the hockey haircut.

He may not be smart enough to put up shutters, but Coach offers his NFL divisional playoff picks nonetheless.

Smart choices are the best -- and sometimes the only -- weapon against AIDS.