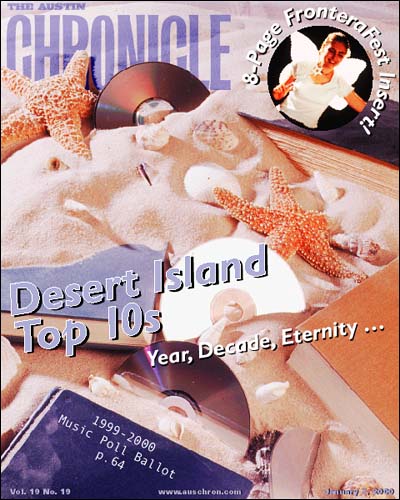 Our favorite things about the change of the millennium

As Big as Texas

The year and the decade in review 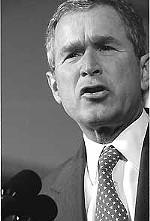 A Century of Newsmakers

Austin Newsmakers of the Nineties

Landmarks of the Nineties

Quotes of the Nineties

A Decade at the Lege

And In Other Business...

A number of so-called "duplexes" -- massive, brightly painted multifamily residences with two kitchens and up to six residents -- have cropped up virtually overnight in the North University area, incensing area homeowners.

Sea turtle advocates say Gov. George W. Bush should do more to protect endangered species of turtles, many of which are indigenous to the Gulf Coast and are harmed by pollution and the shrimping industry.

Hays County environmentalists and other area residents applaud a recent LCRA decision to delay building a water pipeline to Dripping Springs until an Environmental Impact Statement can be completed. Feasts That Define the Millennium

In this week's edition of Food-o-file, Austin Chronicle Cuisines editor Virginia B. Wood looks ahead to the looming local culinary possibilities in 2000. The Death of Rock & Roll

The Year of Being John Malkovich

Top 10 Films of the Year, Decade, and Eternity A complete list of all films released for theatrical runs in Austin in the calendar year 1999 and eligible for consideration in the Top Ten.

Best Films of the Decade

The year's best in technology, gaming, and Web sites

Top 10 Technology of the Decade

Top 10 Games of the Decade

Top Ten Technologies of the Century

Words for a Desert Island

Gangsters, vampires, and conspiracy theories : the best television had to offer in 1999.

Sprawling, meaning-laden spectacle from the director of Boogie Nights. Long Fringe @ the Off Center

Long Fringe -- Bring Your Own Venue!

The best of Austin arts' stage productions and artists from 1999 get another round of applause from the AustinChronicle Arts writers in their Top 10 lists for the year, along with an overview of the year in Austin culture, a look back at Austin theatre in the Nineties, and a musical for the millennium.

Top 10 Performance Things in 1999, Considering That I Didn't Start Reviewing Until Fall

A major change in direction for Teatro Humanidad.

Smart Growth and other millennial hallucinations ...

The paradox of possiblities exhibited by the 20th century -- from Auschwitz to Ginger & Fred.

The Style Avatar experiences great service at Central Market South and Christmas love in the form of Joan Crawford.

Mr. Smarty pants knows that he will not die poor and alone.

In search of the deadly Longhorn virus.

In the new millennium, death from AIDS should be the exception, not the norm. 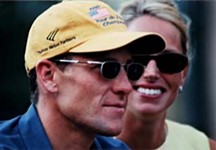 Sports lover Lisa Tozzi reflects on 1999, this "underdog" of a year.