Greetings From the Great White North

How to Keep Your Bike / 10 Ways to Lose Your Bike

Welcome to the WTO

City Says No to WTO

Larry Speck resigns his dean's post at the UTSchool of Architecture; Mandy Dealey weighs whether to run for Sherri Greenberg's seat; rumors circulate that Eric Mitchell may jump into the race; the honeymoon between Chief Stan Knee and the Austin Police Association is fading fast, and Rep. Rick Green raises a ton of cash at his fundraiser.

Mercury emissions from power plants continue to rise in Texas, according to a new report.

After failing to meet income projections, the Austin Music Network will receive another $350,000 in city funding for 1999.

The proposed agreement between Gary Bradley and the city of Austin

The Statesman doesn't let facts get in the way of telling the truth about the Tim Jones tapes.

Reading at the Table

What two local farmers have done to make the best of the dismal growing season in Central Texas this year, and local restaurant changes in the works, as well as an update on the sale of Pam Made Pies.

Second Helpings: Home Away From Home 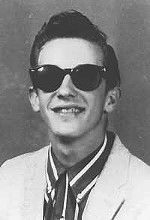 Play Misty For Me

The people whose lives were touched by Doug Sahm

A timeline / discography of Doug Sahm

A Fond Farewell to the Texas Tornado himself, Doug Sahm.

From biopics to end-of-day thrillers, a look at the films you'll be standing in line for this Christmas.

A Brush With Mark Borchardt

They Could Be a Contender

Who's Ahead in the Race for Oscar?

Where the Toys Are

Films Aimed at the Kiddie Crowd

Now that there's a resurgence in prime-time game shows: How about the return of live TV? Also, Suddenly Susan is put on the shelf, VH1 adds seven new shows, and millennium specials go on. And on.

The Lovers on the Bridge

Japanese animated feature is packed with an environmentally aware storyline, breathtaking animation, and clever dialogue penned for this American release by Brit fantasist Neil Gaiman and delivered in English by a slew of American actors.

The World Is Not Enough 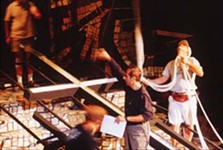 Three decades after its debut, Jesus Christ Superstar may not seem a radical piece of musical theatre, but Austin Musical Theatre's new production just may return the rock opera to its revolutionary roots.

The resignation of the UT School of Architecture's dean over the Blanton Museum of Art furor.

Don Giovanni: Lover on the Lam

Saying goodbye to a friend and a hero.

HPBC is on the minds of many this week; Gotham lingers in the shadows.

This week, PN gears up for some serious turkey stuffage, reminds you to "Buy Nothing" on the day after Thanksgiving, tells all about the City's official holiday closings, vindicates 101X morning DJ Jenn Garrison, and wishes you a Happy Thanksgiving!

Where will you be on New Year's Eve and why?

Coach's time at the Boulders proves far from Carefree.

HIV-positive men who use Viagra should be aware of a possible adverse drug interaction.