Young writer Eli Kooris spends the night in a haunted photography shop to see what he can scare up.

Urban Legends: The Psychology of Fear

Austin's Caskets by Design can insure that death will become you.

Anna Hanks consults one of the world's most enduring toy fortune tellers just in time for Halloween.

Who Pays the Bills?

Man of the Hour

Superintendent Pat Forgione discusses his goals for AISD in a Q&A interview with reporter Kevin Fullerton.

On Nov. 2, voters will be asked to approve a tax increase for Austin Community College and 17 constitutional amendments. The Chronicle’s endorsements and an explanation of the amendments.

Capital Metro agrees on a blueprint for light rail

Bush sinks a fortune into presidential election campaign in California

The Austin American-Statesman accuses the Texas Department of Public Safety of witholding public information on the Waco siege; KOOP founder Jim Ellinger gets shut out of the radio station's building. 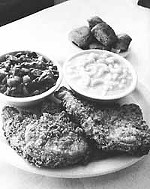 On the Pork Trail

Noel Coward once declared that "Any part of the piggy / Is quite all right with me" but we found five pork dishes at Austin restaurants that are more alright than others.

Resistance (to bacon) is futile.

Brio Vista and Mirabelle recently received an Award of Excellence from The Wine Spectator. See how well they fare on the elusive marriage between their menus and their wine lists.

Wines of Spain, a trade group, recently hosted a tasting in Austin of Rioja wines.

The Culinary Academy of Austin has joined forces with Reuben's Wine & Spirits to highlight the various world cuisines - find out how to participate; Mezzaluna celebrates 10 years of business; and an Organic Update.. 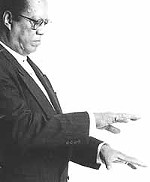 A look at the career of a premier jazz pianist, Dallas-born Cedar Walton

The Education of a Lifetime

A look at UT's Performing Arts Center and the process by which they bring the biggest names in jazz to Austin.

George Jones comes to Austin and everyone gets arrested in the melee. Meanwhile, Matthew McConaughey gets naked and busted, and Austin's answer to Santana, Vallejo, signs with Gloria Estefan's Sony imprint. Maybe K-NACK, a local alt.rock station from earlier this decade, can play them online as the station returns -- on the Internet.

The Moonman Is Blue

Hit the Deck, It's the Jive Bombers

Hits and Highways Ahead

Dust on the Bible, Aka the Mad Cat Trio

Blaze a Blaze: Volume Too

Everybody Loves a Hero

I Love to Talk, If There's Anything to Talk About

Reviews of the Italian horror maven's Cat in the Brain, The Beyond, Gates of Hell, and Zombie

The Gates of Hell

Cat in the Brain

A look at this prolific, political Japanese filmmaker

Avant-garde artist Willie Varela discusses politics, the nature of personal work, a career on the fringes, and what it's like to be a Chicano filmmaker.

Chick dramas: we just don't get it; also, what to watch this witching weekend

Music of the Heart

Now & Then: From Frosh to Seniors

Three for the Barre

With a serious amount of movement taking place on the Austin dance scene, the Chronicle asked three of its dance critics to review recent programs by Ballet Austin, Tapestry Dance Company, and the Latino dance festival Collectivos.

BY ADA CALHOUN, DAWN DAVIS AND BARBEJOY A. PONZIO

Collectivos: Seeds Of Our Ancestors

Robert Faires gets goosebumps from his first visit to the new Flatbed World Headquarters.

Contemporary Art from Cuba: No Need to Be American

The history of the intermittent Halloween mask covers and of burgeoning staff dinners.

It's time for scary season, the season that has us examining our obsession with the nevermore, puts us in touch with our mortality, and brings us that much closer to our maker (and some of us to Maker's Mark, but that's another story -- ).

There is an immense, hairy creature lurking in the woods outside of the small Texas town of Hamilton, and no, it's not your brother-in-law.

Cornhuskers vs. Longhorns: don't try this at home.

What does this so-called "boom" mean to most Americans?