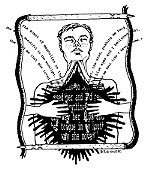 How a nice Jewish boy like Lorne Opler found G_d at a Christian seminary.

Despite Austin's reputation as the most expensive rental market in Texas, the state Department of Housing and Community Affairs has approved only one low-income housing tax credit project for Austin this year.

In Housing We Trust

John Cornyn tries to keep tobacco case lawyers from reaping all of the financial benefits.

South Austin Democrats give Mayor Kirk Watson the Yeller Dawg award of the year, Geoff Rips goes to work for AISD, City Council will have new meeting places next year. 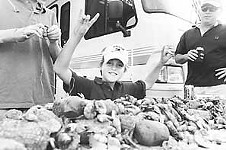 Mick Vann makes a foray into the curious and often elaborate rite of University of Texas fandom known as "tailgating" and discovers some intriguing practices.

In this week's edition of Food-o-File, Austin Chronicle Cuisines editor Virginia B. Wood credits the Austin-based owners of Z'Tejas Grill for their inclusion on Gourmet magazine's list of best restaurants for fun in the Phoenix / Scottsdale area and details several upcoming food events.

The Nine Lives of Ol' Possum

An overview of country legend George Jones' life and career.

The Passion of Sam Peckinpah

Bring Me the Head of Alfredo Garcia

Film news from around Austin

Good TV shows don't go to heaven, they go to Barnes & Noble; also, Larry David's HBO special is worth the price of cable.

The Manchurian Candidate, The Train, Seconds 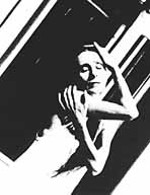 No artist in the last 50 years has combined dance, theatre, music, scenery, and costume into epic spectacles like Pina Bausch, and as this German visionary returns to Austin Dawn Davis explores her work and her impact on the city's Johnson / Long Dance Company.

All the World SA Stage

The Debut of the International Theater Festival at San Antonio

Barnum's Kaleidoscape: A Palace of Wonders

Tales of Error: It Came From Junior High

Dirty Money: The Job of Sex

Who has the ego problem?

Club Skirt, autumn leaves, and the flu are all back!

When did the concept of breaking in jeans become obsolete?

Everybody hates a winner.

Keep walking - we're not there yet: The 12th annual AIDS Walk Austin is this Sunday.