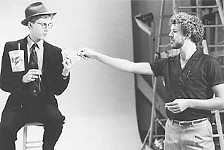 What the Right Hand Is Doing

Magician turned sitcom star Harry Anderson returns to Austin at Palmer Auditorium this weekend, and his former partner and cohort, Austin author Turk Pipkin, looks back as he looks forward to reuniting with his old pal. 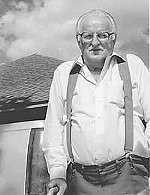 Alcoa has applied for a mining application in Elgin, near Austin.

Judge rules that George W. Bush doesn't have to testify in whistleblower lawsuit.

The city gives a thumbs-down to subsidised housing.

Water Gate: Is LCRA Offering City a Whale of a Deal?

The clubs just keep closing (or being raided by comptrollers), but at least we still have television. 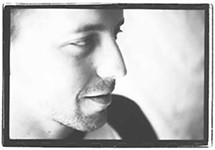 Film director Richard Linklater interviews Bob Ray, the director of the new Austin-made movie Rock Opera, about the Austin Film scene over the past 10 years.

The Cinemaker Co-op preserves the art of the littlest of motion picture formats -- Super-8 -- and trains tomorrow's filmmakers along the way.

Hear the networks scraping the bottom of the barrel ...

News from the Austin film world.

Locally filmed micro-budget feature tells a picaresque story about a punk guitarist who is trying to sell enough pot to finance a low-rent tour for his band. His journey instead takes him on a tour through the college-town underground.

Getting arts funding from the City of Austin is a long, complicated game, and Austin Chronicle writers Robi Polgar, John Walch, and Mary Jane Garza have been following some of the players around the game board this year. In the final part of their four-part series, they critique the city arts funding process.

The end of the Ann Ciccolella Era at the Austin Circle of Theatres.

Reviews of recent and ongoing exhibitions and performances around Austin.

The Taming of the Shrew: Indeed a Revel

And I bet Carole Keeton Rylander can't stuff two twinkies into her mouth.

The stakes were suddenly higher. There was more possibility in the night and in their lives than they'd yet considered. The work of art itself gave them the energy to fulfill its expectations...

You name it, we stood left of it.

This week: handy facts and tips on ice cream cones, the Red Dwarf, the Piggly Wiggly.

The Cibolo Nature Center in Boerne.