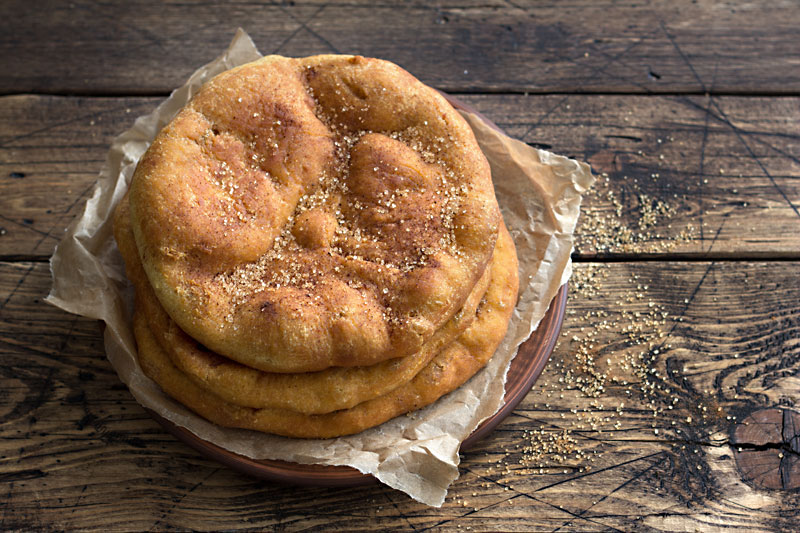 The Thanksgiving origin story most of us learned in elementary school is not the whole story, or really even the truth at all. Yes, there were shared meals, but nobody sang friendship songs. The carvable centerpiece was probably a venison shoulder, not a well-basted Butterball, and the correct term for those pilgrims is actually "colonizers." While the real history ought to be top-priority education (for literally everyone), especially during National Native American Heritage Month, the reality is that America's "favorite holiday" – one filled with feasts and family and fun – is not going away.

So what if there's a way to at least begin, collectively, acknowledging and respecting the Indigenous peoples so often misrepresented in November? There are two easy points of entry: education and food.

Picture this: It's a beautiful, balmy November day and your loved ones have arrived in town to make lovely memories and cross boundaries. Instead of crowding around the boob tube for every football game, maybe take a neighborhood stroll or venture out onto a trail, and see what's available for foraging. Too much? Visit the farmers' market the Sunday or Wednesday prior to the big day and pick up some fresh produce and locally raised, ethically harvested proteins.

We're not suggesting every technique or ingredient must be thoroughly researched or native to this particular land, but it is possible to highlight more First Foods and Indigenous foodways – and honor traditional Native food principles. Here are a few tenets to inform your practice:

* Wild and organic foods promote health – of people and Earth.

That's only the beginning, but we're here to help you get started on the food stuff. 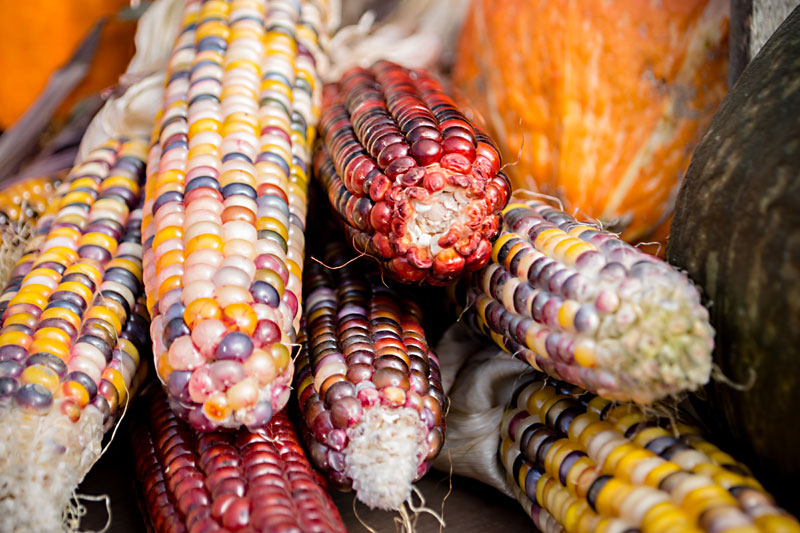 Respect the Land and Its Bounty

In North America alone, there are more than 1,200 recognized tribes. Central Texas, Austin specifically, was built on the land of Comanche, Lipan Apache, Tonkawa, Jumanos, and Coahuiltecan peoples; and additionally, for perspective, by the time the Spaniards showed up, more than 600 bands resided in Texas and northeastern Mexico. Suffice it to say, variety is the name of this game – and that works in our favor. We have options and vendors galore, so we can, in addition to supporting our local Austin food scene, get a little adventurous online and still shop small.

It's definitely worth noting here that one essential component of the Indigenous foodways story includes the lasting generational trauma that occurred when Native Americans were killed, imprisoned, and silenced and their land was stolen and stripped of its resources. The scorched-earth policies of early colonizers and generations (and counting) of people perpetuating unjust laws and practices have, among other things, permanently changed the culinary landscape of Indigenous people. Government rations of low-quality ingredients, often in painfully short supply, given to inhabitants of reservations have resulted in the community's increase in physical and mental health issues.

However, a beloved, iconic food was born of rationed flour, salt, baking powder, water, and oil, and now frybread is part of Native American foodways canon. Frybread is essentially a flatbread made over an open flame, and it can be savory or sweet, served alone or as a vehicle for other flavors.

Other Indigenous ingredients run the gamut, depending on the area. Native American ingredients in New England, home of those hotly contested 16th-century meals, might include wild blueberries, clams, maple syrup, and fiddlehead ferns – what a lovely dish that could inspire. But down here in the Southwest, it's all about the hearty hot-weather crops and the creatures that call this area home.

If you're a hunter or fisher, look for freshwater fish like red drum or rainbow trout, deer (venison), rabbit, squirrel, pigeon, and saltwater fish and shrimp on the Gulf. Those who hunt at the grocery store or farmers' market can seek bison, of course, which is an essential component (and no, beef is not the same).

Turkey is an indigenous animal, but today's modern industrial practices are assuredly not aligned with those principles we talked about. Small, heritage, organic farms are an option. By the way, wild boar is not a First Food because the Spanish brought the pigs. Go vegan with East Texas pine nuts, mesquite beans in the west, pecans everywhere, and peanuts, too.

Perhaps most importantly, the Three Sisters: corn (maize), squash (pumpkins and gourds), and beans. The trifecta of crops is symbiotic: Beans climb the corn stalks, squash blocks the weeds, tiers of leaves retain moisture, and the hairs on squash stems repel destructive insects. Even more, from the National Agricultural Library: "The Three Sisters model was not just a means for modeling a specific intercropping practice but was, and is, a significant cultural and spiritual construct."

If you or a loved one can share ethically harvested meat for the feast, that's an excellent ode. Almost as wonderful is talking to a local butcher, or the folks at specialty groceries like Central Market for alternative proteins. Ever consider Gulf shrimp and grits as the main? As for sides – the very best part of the entire holiday – try creating a colorful array that includes both family faves (hello, cornbread dressing), fresh and herbaceous options, and new-to-you dishes that make memories and have a positive impact. Talk about that pumpkin pie, choose a local fruit for a second dessert, and ensure the chocolate pecan pie's cacao is ethically sourced. Serve yaupon tea.


Resources to Inform Your Own Indigenous-Inspired Feast

The Austin Powwow. A local social gathering of various Native American groups, now in its 29th year; the largest one-day powwow event in the country. austinpowwow.net 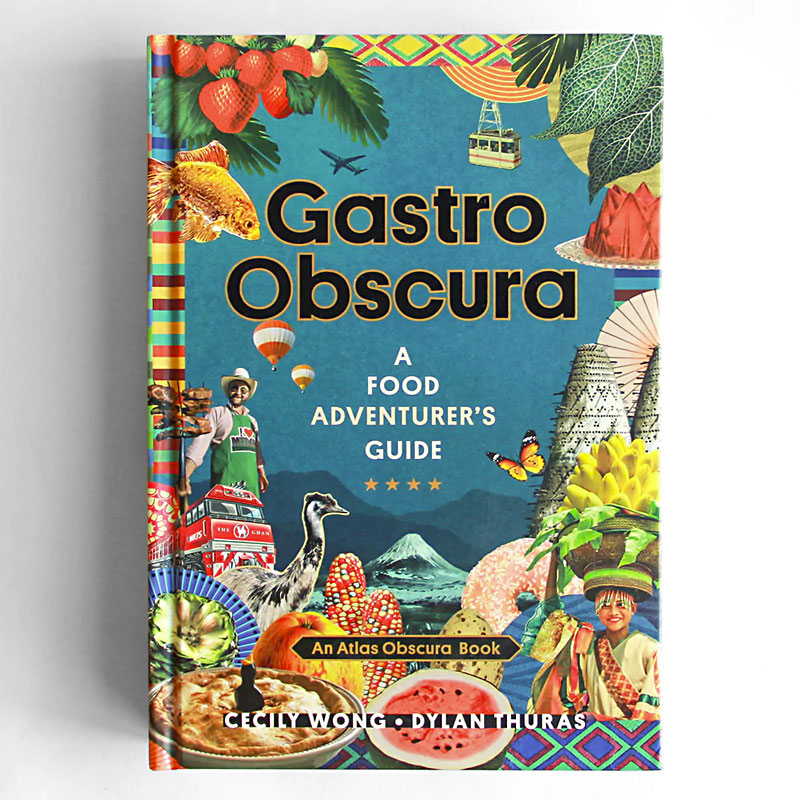 The Indigenous American Taos people have continuously inhabited the legendary Taos Pueblo, a collection of multistoried adobe buildings, for more than 1,000 years. Located just off the highway en route to this UNESCO World Heritage Site, Tiwa Kitchen is as close as it gets to being invited for lunch at a local family's table.

Owners Ben and Debbie Sandoval began constructing the Pueblo adobe building by hand in 1992. Out back, they constructed an adobe oven, called a horno, for baking traditional breads, cookies, and pies. A rare outpost for home-style Pueblo and New Mexican comfort food, Tiwa Kitchen serves dishes that have been passed from generation to generation—taught to Ben by his grandmothers.

Ben, who grew up in Taos Pueblo, incorporates local ingredients into the menu. The Pueblo's bison herd supplies meat for their burgers, served on buns baked out back in the horno. Homegrown blue corn adds a crisp coating to local trout and appears in hard-to-find specialties such as Phien-tye (pictured to the left) and steaming mugs of grits-like, periwinkle atole. Even popular New Mexican dishes, such as the restaurant's heirloom red chile stew, are crafted using crops harvested from Pueblo land.

The International Art of Corn on the Cob

Corn, known as maize in most of the world, was domesticated 10,000 years ago by the Indigenous people of modern Mexico. It was revered as a gift from the gods, a motherly substance, and even life itself. Corn was uniquely Mesoamerican until the 15th century, when the plant caught the attention of European voyagers. Columbus brought corn back to Spain, where it slowly spread north. Around the same time, Portuguese traders carried the plant east to Africa and Asia. In each place, corn kept moving. By the end of the 16th century, the Ottoman army was eating maize, China was drawing pictures of it, and it was growing in Germany, India, and Thailand. Corn flourished almost everywhere it went. While some, namely Europeans, first mistrusted the new plant as food, corn found an essential place in diets across the globe. The versatile, resilient vegetable-cum-starch was adopted and transformed by countless culinary traditions, which is apparent in the myriad ways an ear of corn is eaten around the world.

TAIWANESE Basted with garlic soy paste and sweet chili sauce, blackened on the grill, then slathered with lard.

KENYAN Grilled and doused in lime, rolled in ground salt and chiles, and served in its own husk as a carrying case.

KOREAN Glutinous waxy corn steamed or boiled in salted, sugared water until the texture is sticky and chewy.

AMERICAN SOUTH Whole ear pushed onto a stick, dipped in cornmeal batter, and fried until crispy.

PERSIAN Blistered on a grill, then dunked in hot salt water to season.