Because every week is bread week 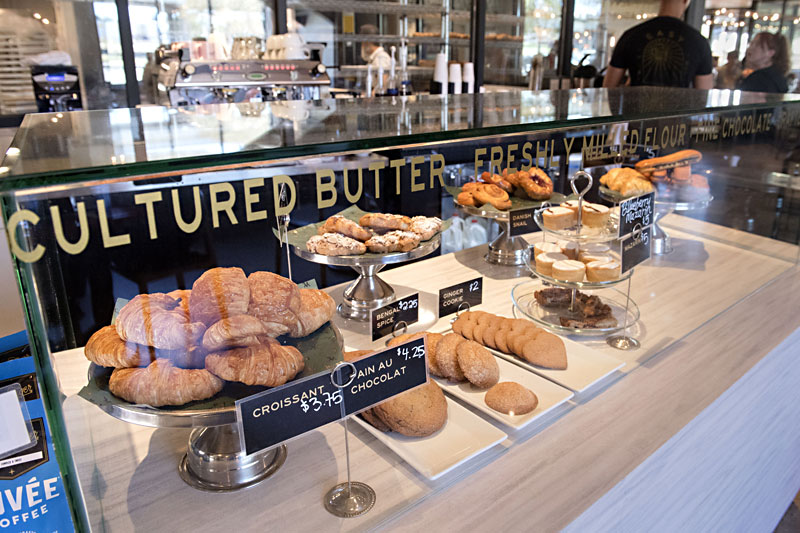 Intero This destination eatery on the Eastside, helmed by chefs Ian Thurwachter and Krystal Craig, makes its own loaves daily. The bread's such a perfect manifestation of baked dough that it stands out even among the sumptuous menu of fresh Italian dishes.

Little Ola's Biscuits We'd heard raves about these heavenly biscuits for years – since Michael Fojtasek started serving them at his Olamaie – but only recently tried them for the first time (chicken sandwichwise) at Little Ola's in North Austin. Now we're kicking ourselves for all those wasted years.

Via 313 Sure, there's all manner of innovative toppings to be had atop a pie at the Hunt Brothers' popular Detroit-style pizza joint. But we'll swear it's the creative canvas itself, the buttery and just-crisp-enough crust, that keeps the public swarming in day after day.

Taste of Ethiopia There's nothing else like injera, that spongey, faintly vinegary bread that's a hallmark of Ethiopian cuisine, and there's no better way to eat it than freshly made to gather the spice-forward meals at Woinee Mariam's superb restaurant up in Pflugerville.

Patrizi's What is it with these Italians? (cf. Intero, above.) Did they, what, invent bread? (Note: They did not.) Is that why the crisped ovals of processed wheat topped with swaths of roasted garlic – only a simple appetizer, right? – make your mouth feel like it just won the lotto every time you visit this food trailer in the Vortex Theatre's well-designed yard?

Hyde Park Bar & Grill Sometimes, even when we haven't already enjoyed another remarkable meal at this local classic, we have to stop in and get Wom Kim's peach pudding for dessert. It's not really a pudding but a moist, peach-studded, cakelike thingy covered in cream. And that "thingy" is made from, we're guessing, flour and butter and the happiest tears of angels.

Easy Tiger They sure make a lot of fuss over "Head Doughpuncher, David Norman" at this bakery and biergarten, don't they? Well. We've eaten at Easy Tiger many a time; we've partaken of what baked goods the man and his methods have wrought. The fuss is totally warranted.

Tiny Minotaur Sometimes it's all about the context. The bread at this fantasy RPG speakeasy isn't anything beyond the ordinary – although, hey, we love H-E-B like a lich loves necromancy – but when it's paired with pickles and served up by an orc while you and your comrades are in the middle of some quest? Unbeatable.

Barton Springs Mill Because we don't always want to consume. Because, every now and again, we want to produce. And this local epicenter of heirloom grains and careful processing is a world-class provider of flours beyond the same-old same-old white stuff. Yes, their clients are among the best restaurants in this city – but they'll also sell directly to you, lucky citizen.