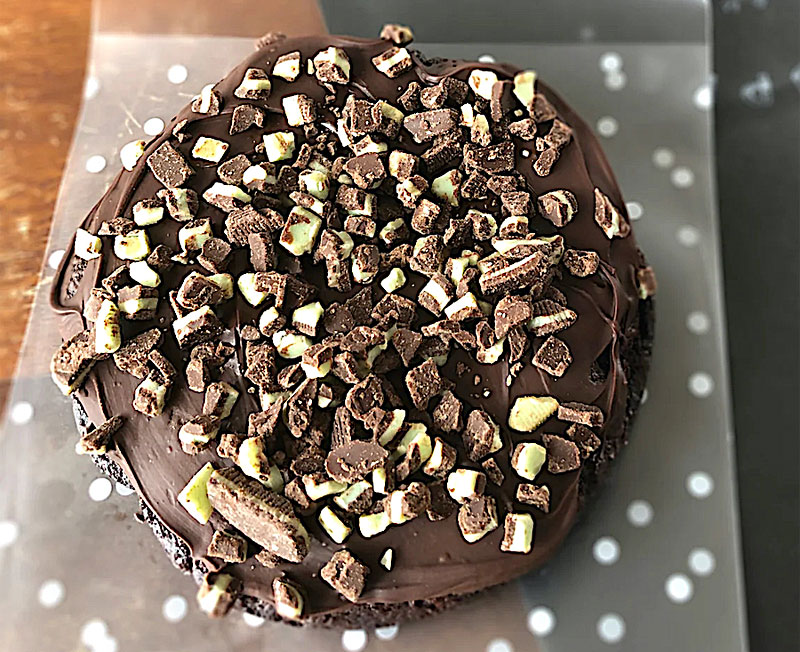 This, front & center, is one of those phenomenal half-pound cookies from Chicken Salad Shoppe. See below for details.

Max Kunik, the local entrepreneur behind Taster's Table Club, has introduced his newest foodie foray, and it's just about perfect for gifting purposes. Bakery Box ATX is a bakery-of-the-month sort of deal, offering "the opportunity to sample the best pastries the city has to offer without having to make trips around the city. By pairing with a different bakery every month, we'll explore the multitude of new bakeries springing up in Austin along with tried-and-true greats." Yeah, he's not kidding: The first box we got was from Sweet Charli Girl, the bakery that owner Rachel Metts named after her rescue dog, and among the box's half-dozen items were freshly made cookie-filled cookies, a small loaf of (exquisitely moist) pumpkin bread, maple brown sugar pecan cookies, a double-chocolate brownie, and a big chocolate peanut butter bar that tasted, omg, as good as those peanut butter pies we recall from the Magnolia Cafe. Imagine the likes of this collection, from the city's best, once a month.

Nicole Patel of Delysia Chocolatier was among the first to bring that new golden chocolate (made with caramelized sugar) to the States, and she's not the last. But you know that tasty stuff was (and still is) just an extra, right? Because what Patel has been doing with chocolate for years transcends any mere trends. Her Delysia crew continues to bring world-class quality and sophisticated style to all forms of chocolate-making – the boxes of truffles, the seasonal shapes, the nut-studded barks, the sipping chocolates – and Austin's all the better for it. Still, though: We sure as hell are going to order one of those little golden turkeys, because 1) they're remarkably delicious, and 2) they've already become a holiday tradition around here. 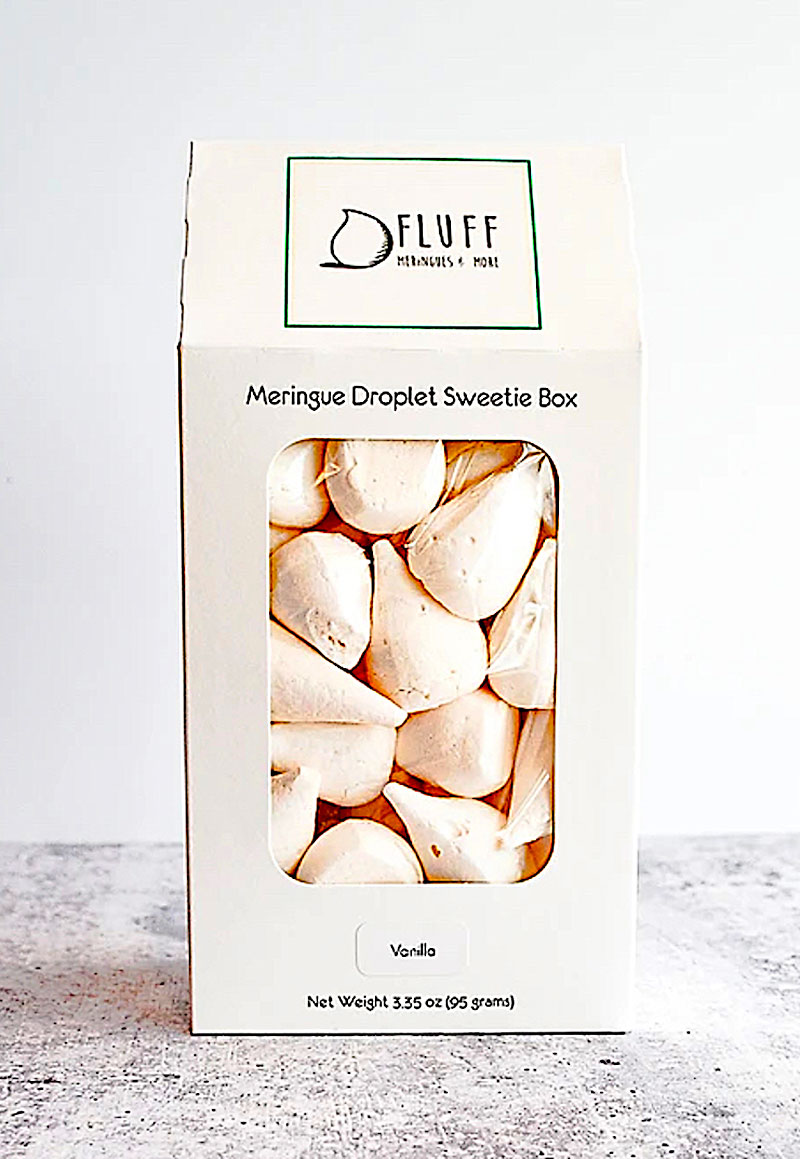 These meringues, these crunchy little clouds of sweetness from Kristin Collins and her cohorts, they'll brighten any gathering with their subtle flavors and maximum eye appeal, all packaged in a box pretty enough to make your favorite sorority sister (or, we daresay, your most studly auto mechanic) squee with delight. And that's just those snow-white, spice-dusted, meringue drops we're talking about. But of course Fluff's also working the sugary magic with full-on, stuffed, topped, and drizzled Pavlovas (named after that famous Russian ballerina, yes) and spongey Australian lamingtons and a variety of tarts and cakes (ooooh, Baked Alaska) and – so much more than "just" meringues, is what we're saying. And so good to show up at a party with.

You'd think a place called Chicken Salad Shoppe would be in the savory part of this roundup. And, actually, the shop(pe), run by Vanilla Orchid Catering honchos Ivan and Molly Mills, is nonpareil in the matter of freshness and sheer variety of flavors vis-à-vis all things chicken salad. But, lord-a-mercy, it's these stuffed, half-pound monsters of expertly baked dough that are the local company's sugary secret weapon in the war against anything other than gifting supremacy. Sugar cookies stuffed with strawberry cheesecake; chocolate-chip cookies stuffed with Nutella; dark chocolate cookies stuffed with choco-mint ganache; the "King Bubba" that's a peanut butter cookie stuffed with Reese's Pieces and PB chips. Everything's bigger in Texas, certainly – but it's not usually this delicious.

It's a classic love story: Two people meet cute in Guatemala; one of them's a baker; they move to Austin and start a business selling cookies and start taking the Instagrammable world by storm. The love part of this story isn't just between Hans Schrei and Luis Gramajo, though – it's also between Wonderkeks and everyone who's tasted any of the company's delicious cookies. And, oh! There are so many varieties hidden in that innocuous word "any." Apple pie cookies. Sweet cornbread cookies. Red velvet chocolate cookies. Snickerdoodles. Oatmeal and raisin. Cranberry and white chocolate chips. Birthday cake. And, um ... sorry, we're losing track because we're distracted by the incredible taste of these things. But, yes, whether by the batch, in multiflavor sampler packs, or via subscription – these Wunderkeks are the gift that keeps on yumming. 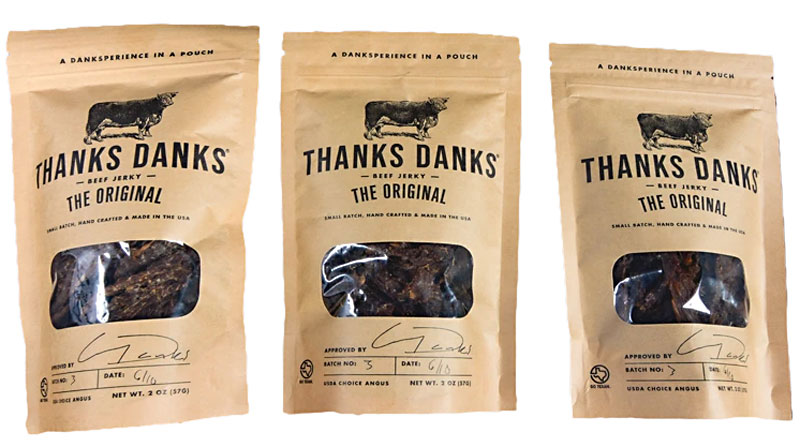 Our recent tour of the new Prep ATX commercial kitchens revealed the goodness of this locally made jerky. And not only is Thanks Danks made right here in Austin, but – surprise – it has nothing to do with weed. Danks, see, is the actual name of the family – howdy, Garret and Jordan – that crafts this jerky. And maybe why these chewy, flavorful strips of cured meat taste so damned good is because of what else isn't in them: no sugar; no wheat; no GMOs; no nitrates; no artificial flavorings; no water; none of that "liquid smoke" crap. "Just pure beef flavored with fresh ingredients that you'd find in your own kitchen, rather than a lab." Oh, we'll be finding this jerky in our own kitchen, for sure – and sending packages of it to all our sadly non-Texan friends. 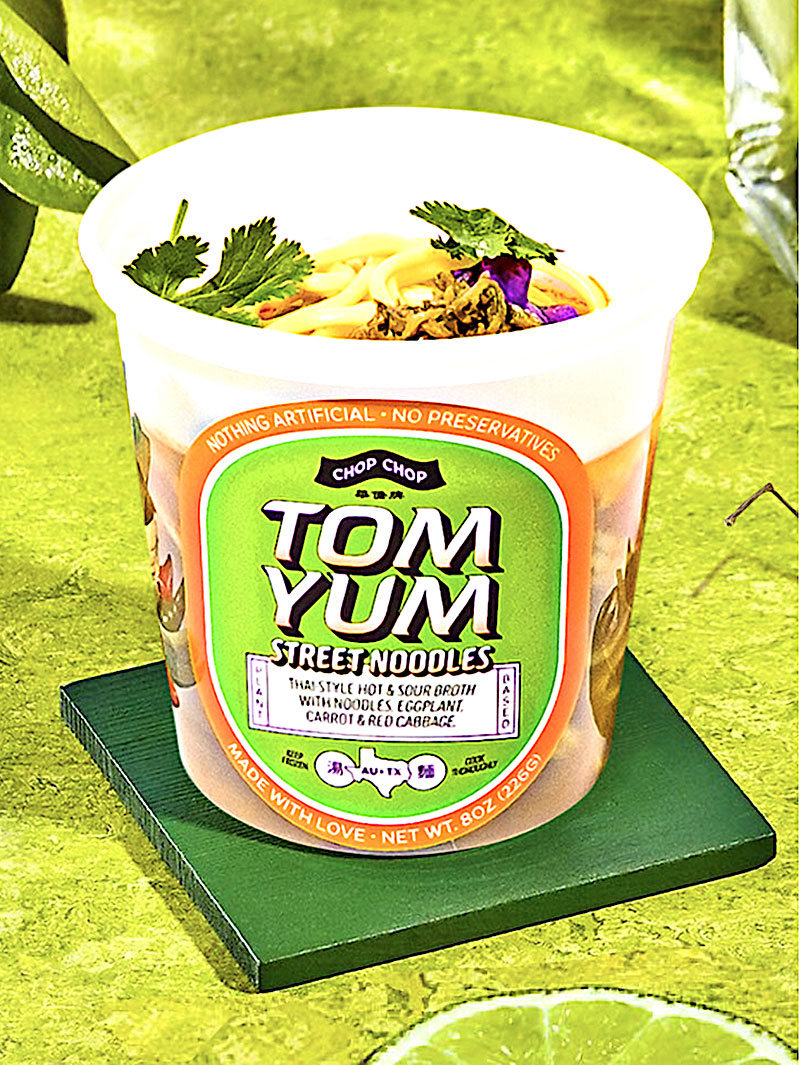 Eugene Lin doesn't like bad soup. He doesn't like weak soup. Eugene Lin, who runs Chop Chop with Steve Har and Hailey Zhou, likes soup that's powerful, packed with flavor, and redolent of the best Asian street foods – and that's what he's going to offer you. Tom yum. Korean BBQ. Tokyo curry. Penang curry. Flash frozen, for your thawing and heating convenience. Minutes from your freezer to the bowl, hours in your satisfied belly, years in your memory's Greatest Hits of Good Eating. But this list is about gifting, right? And who gifts a single bowl of soup? Yeah, what you want to do is get your favorite person a monthly soup subscription – via Chop Chop's convenient Club Mian.

Sure, they're a cheese shop – in this town, they're the cheese shop, unless you're vegan, in which case you already know about Rebel Cheese Co., right? – but we're not telling you to go and get some cheese from Antonelli's, because you already know enough to do that yourself. No, we're spreading the news that John and Kendall have just launched a new line of popular spreads, transitioning them from Taste Elevated originator Lori Krieger, and rebranding the comestibles as Antonelli's Table. They're starting off with Sweet & Savory Mustard Seeds and Booze Thyme Cherries, either of which pair perfectly with a variety of cheeses and would make an excellent gift to send yonder or bring to a party's host. But, beware: You go to Antonelli's website or the Hyde Park store, you'll see that they carry such a diversity of condiments on their shelves that you might get confused and choose something from Vermont.

Maybe some of these sauces are savory and maybe some of them are sweet. But they're all predicated on various kinds of peppers, see, and so what they definitely are is hot. Hot enough, and flavorful enough, that they've been winning honors at The Austin Chronicle's annual Hot Sauce Festival for years – and winning fans across the country and all over the world. The sauces concocted by George Milton and Erin Link's Yellowbird company are naturally rich and thick, not just spiked vinegar, and they're crafted from a spectrum of capsaicin-bombs – jalapeños, habaneros, those goddamn ghost peppers – and, right, remember what we said about the almost overwhelming variety of those Wunderkeks (see above)? That's the array of options that Yellowbird is going for. So, unless you don't like heat (or flavor) at all, at least one of these sauces is your heatleberry. Huckleberry. You know what we mean. 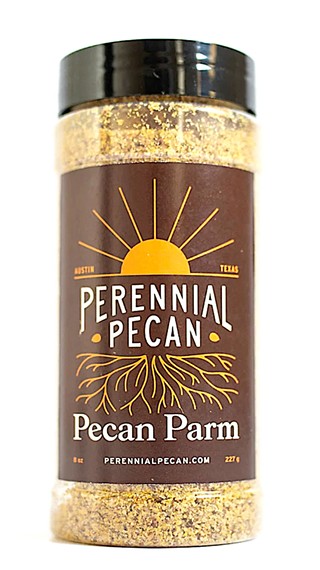 Ah, this is one of those things. One of those things that comes in a check-out-these-samples box and turns out to be so good that the recipient starts buying replacements whenever the supply dwindles. It's one of those things that transcends its putatively niche-market purpose. Because this is supposed to be an all-plant, totally vegan substitute for grated parmesan cheese, right? So those who eschew dairy for whatever reason can enjoy something sorta kinda similar? Well, we're sure Pecan Parm works that way, too. But your reporter isn't vegan, he's not even vegetarian, and he loves actual parmesan enough to always buy it – the real, D.O.P. deal – to grate by hand for putting on salads and soups and scrambled eggs and so on. But now he's also going and buying this stuff from Perennial Pecan in addition to that parmesan. Because this uncanny balance of pecan flour, nutritional yeast, garlic powder, and salt is no mere substitute. Pecan Parm is a thing in and of itself, that no good kitchen should ever be without.