Ben McConnell talks about putting permaculture into practice at his farm 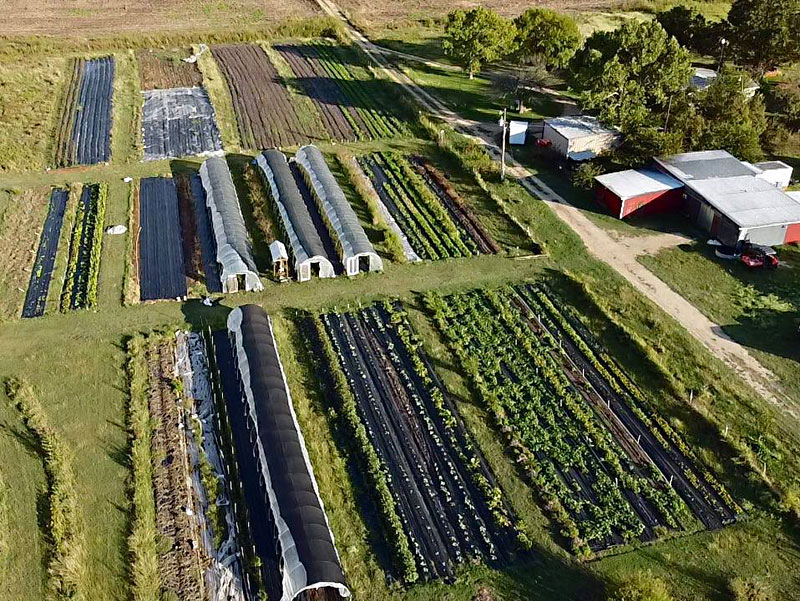 In 2015, Ben McConnell planted a forest in his front yard in Bouldin Creek. "It was probably close to 30 different trees that I planted, smaller trees, all sorts of fruit trees." The next year, as the operation grew, he bought a farm in Rogers, just outside Temple. Five years later, Bouldin Food Forest houses 500 trees. "I have quite a few acres out here, where I've got a big playground to really think about and put into action building an ecosystem." 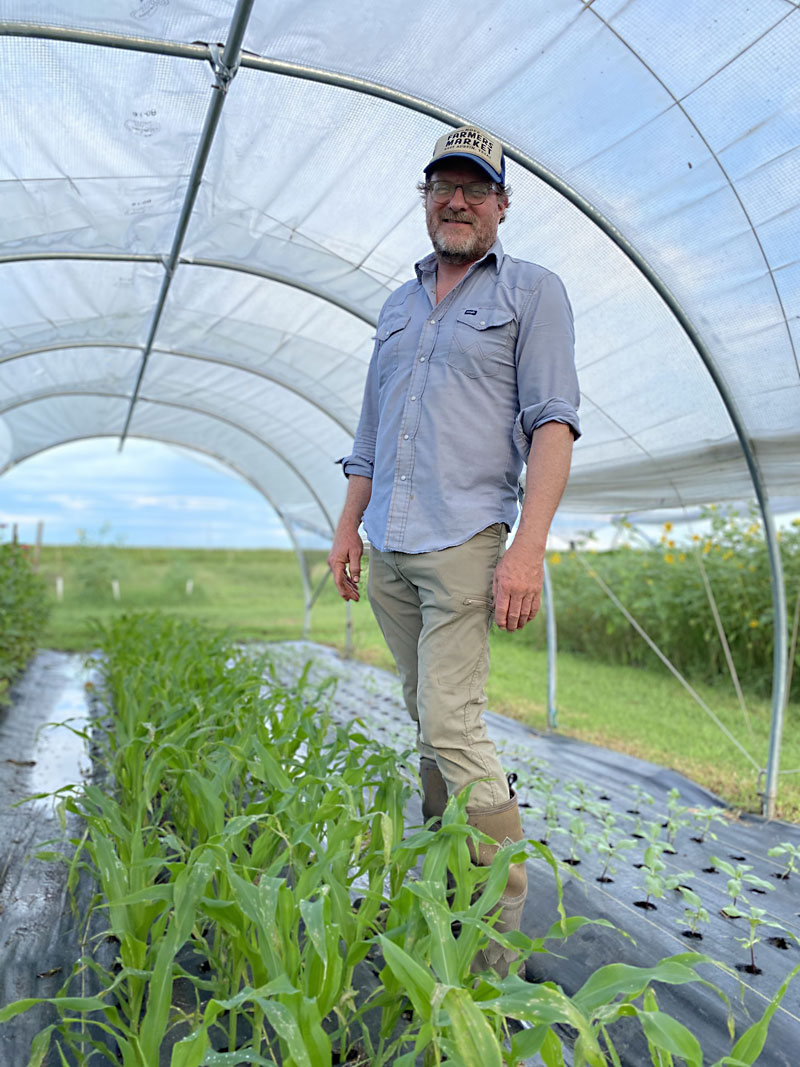 McConnell's ecosystem uses the permaculture model of land stewardship to create what he calls "a permanent garden." He says the goal is to disturb the soil as little as possible and eliminate as much water waste as possible; permaculture uses the natural landscape to the farmer's advantage. "You create your beds according to the contours of the land," McConnell explains, "because that way, you have less soil erosion creating streams and screwing everything up." Luckily, trees can help boost soil health and build a sustainable ecosystem naturally. "Trees create the connective tissue at the below-ground level, and are great for building all of that microbiology of the soil surface. [They] create mycorrhizal fungi, which is absolutely essential for plants, helping their uptake of minerals and nutrients from the soil."

Bouldin Food Forest houses fruit trees, flowering trees, shade trees, and trees eventually harvested for lumber, but they cultivate vegetables too; the primary crops right now are greens, root vegetables, and herbs. McConnell sells produce at the Texas Farmers' Market at Mueller on Sundays, and partners with Farmhouse Delivery and restaurants like Comedor. It's this last relationship – the one between farmers and chefs – that McConnell is most excited to explore at the first-ever Field Guide Festival.

The food systems festival bills itself as "an expansion of the farm to table movement" and will include live music, a farmers' market, meals prepared by Austin's best chefs in collaboration with local farmers, and a 5K run; McConnell will participate in the post-run revival brunch along with chefs Jon Oh, Christina Currier, and Jules Stoddart. "First and foremost, just bringing farmers and chefs together is a big deal," he says. "Being a conduit for them to understand what food tastes like just coming out of the ground, how it's grown, and then to understand some of the challenges with weather – for them to be able to tell the story to their guests about the origination point of the food they're preparing." Austin already has a robust farm-to-table culture, but McConnell says that "this festival is helping close that gap" between farmers, chefs, and customers.

To close the gaps fully and create a circular food system will require more than communication, McConnell says – it will require a change in the behavior of both farmers and consumers. "I think a circular ecosystem around food is about putting as much, if not more, into the system than what you're extracting. It's about thinking for the long term." That mindset is absent from most farming practices, as "the whole agricultural system across the United States is geared toward giving farmers subsidies for doing the worst possible work for the soil; subsidies for planting corn, planting soybeans. It's all about business first and long-term impact second, and those need to be even; it's not hierarchical."

McConnell says more sustainable practices like permaculture and regenerative agriculture are not a lost cause if farmers can change their perspective: "It's not cost prohibitive. A lot of it is just education. They just have to get over their own biases. I think, unfortunately, a lot of farmers see regenerative agriculture as a leftist hippie plot to undermine America ... There's still work to be done on bringing farmers, chefs, and the general public together."

A version of this article appeared in print on October 29, 2021 with the headline: A Tree Grows in Bouldin