Experience the World in Eight Drinks Around Austin

A thirst for travel 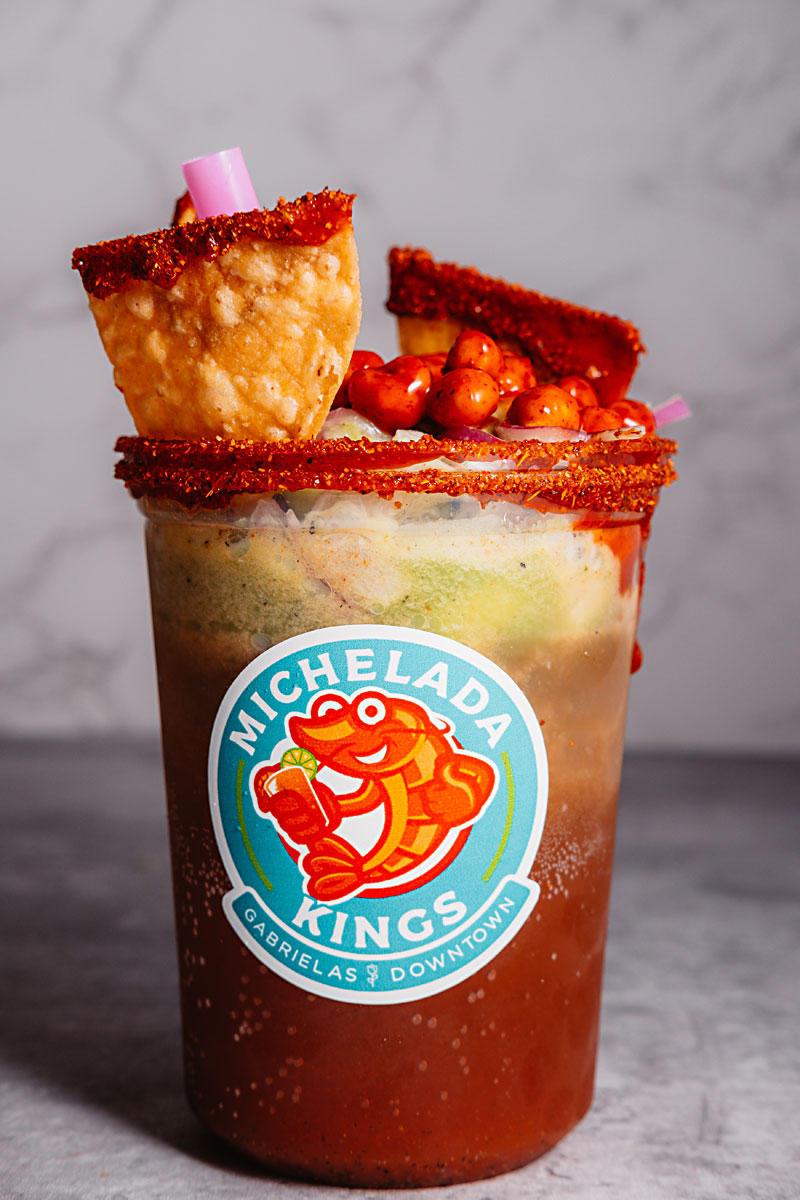 The Great Coronavirus Pandemic of 2020 – and 2021 – may have put a damper on your travel plans, but it doesn't mean you can't escape to foreign lands. Take a trip around the world without ever buying a plane ticket with these tasty drinks found at Austin joints taking inspiration from around the globe, starting with our nearest neighbors to the South and stretching to the Far East and beyond.

This chic flagship in the Bucio siblings' growing empire (Taquero Mucho, Revival Coffee) will transport you to Michoacån, Mexico, where the fruit is fresh and the recipes are abuela-approved. Colorful murals, brightly painted walls, and a view of Downtown Austin bring a lightness to the space, but it's the drinks and food – a combination perfected in the boozy brunch – that keep diners coming back for more.

Served with chamoy, lime, and chile powder, Gabriela's massive micheladas are certainly Insta-worthy. The selection of five allows patrons to choose between a traditional michelada or with added goodies like ceviche or seasonal fruit. Visit on a Tuesday and you can enjoy your spicy beer with birria tacos on homemade tortillas.

Slightly hidden if you don't know where to look, this South Austin haven has an expansive front patio complete with individual cabanas surrounded by green trees and plants.

The mojitos are as classic as they come. Made with white rum, sugar, lime juice, soda water, and mint, the mojitos and the ambience of the restaurant makes you really feel like you left the big city for a Caribbean island. Sweating one of Austin's signature 90-degrees-in-October days? Cool down with Habana's frozen version, the frojito.

Enjoy either version with an empanada or arroz con pollo.

This unassuming spot located in the center of the Linc shopping center off I-35 packs in all the traditional Peruvian flavors, including the sweet and tangy of the country's national beverage, the pisco sour.

The famed drink is made with pisco fermented from the coastal valleys of Peru, simple syrup, lime juice, and egg white. It can make for a dangerously drinkable cocktail, as you forget it even has alcohol. You can also try the maracuya sour, which is a spin on the traditional pisco sour but with added passion fruit.

Pair these drinks with ceviche, served with sweet potatoes and corn, or a heartier dish like steak and plantains.

A country of colorful festivals and incredible samba dancing, Brazil also boasts its most famous cocktail, the Caipirinha.

Caipirinha is a sweet lime juice concoction made with sugar, lime, and cachaça, a distilled spirit made from fermented sugarcane juice. This drink, mixed with the all-you-can-eat-buffet-slash-fine-dining-experience at SP Brazilian Steakhouse, is sure to make you feel like you're on vacation. Owners recommend pairing the drink with the house special, which includes picanha, a prime cut of sirloin.

A second beverage option is the carajillo, a drink new to the menu with even more pizzazz. The cocktail includes a shot of vanilla-orange flavored Licor 43 from Spain set on fire and poured over ice. It is served with a shot of espresso coffee.

This cozy spot in North Austin offers a relaxed vibe with tons of outdoor seating. It even has two sand volleyball courts (the second court opened in late July), where league games can be played.

For a drink, owners recommend pairing the Montenegro Vranac dry red wine with the grilled beef and veal sausages, also known as cevapi, or trying out any of the Croatian white wines which can also be made into spritzers mixed with mineral water.

Aster's Ethiopian Restaurant is a friendly, welcoming joint that will make you want to order literally everything on the menu, including the drinks. For traditional alcoholic drinks, Aster's offers tej, a wine made from fermented honey. Looking for something non-alcoholic? Try the Ethiopian spiced hot tea or the coffee – considered one of the best coffees in the world with hints of fruits and flowers.

Simple, cool, and elegant, this omakase restaurant opened in March and prides itself on Chef Michael Che's craftsmanship, exacting standards, and fervor. (From the chef's statement on the website: "This isn't just food for me, this is my emotions put onto a plate.")

Complement the nigiri sushi with sake, the traditional Japanese rice wine. The menu has a sake for every budget ranging from $10-120. One of Tsuke Edomae's more expensive sake, the Hakkaisan 45 Daiginjo, is savory and rich with hints of melon and white peach.

Be warned: Tsuke Edomae books out months in advance, but you can try your luck on the waitlist. 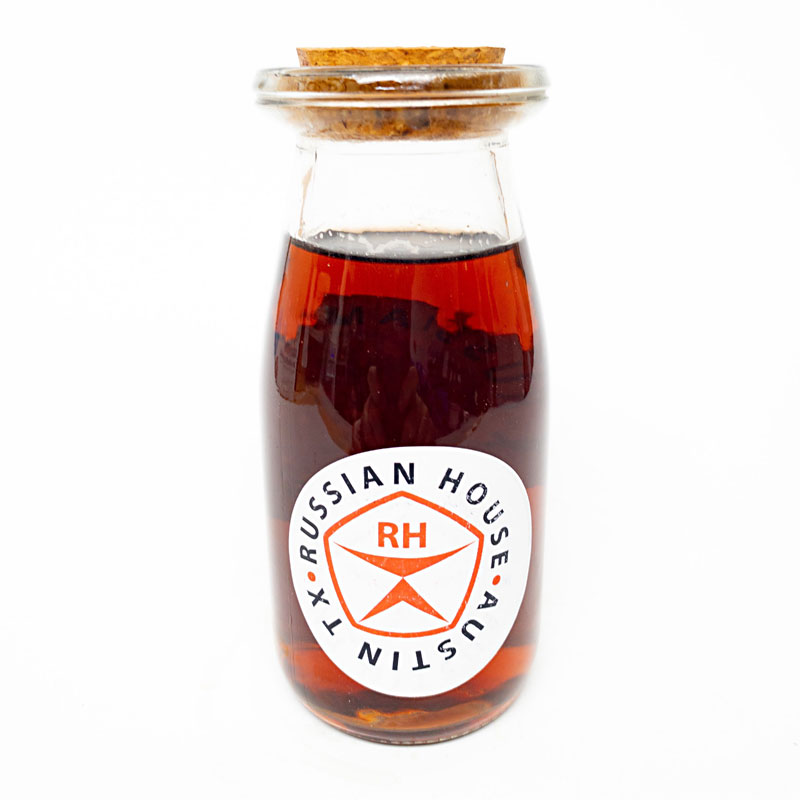 Walk into the Russian House, and you are greeted by a large stuffed bear. Enter the main dining room filled with trinkets and memorabilia, and you are transported to a depository of Russian culture and history – part museum, part trip to your gently hoarding babushka's house.

The restaurant features more than 100 infused vodkas including traditional flavors of fruits, berries, and herbs to more unique ones like Texas barebecue, bacon, and cigar. To get some food in your system, try the Russian pelmenis – dumplings with minced meats wrapped in thin dough and made with organic meat – or, of course, the beef stroganoff. Either way, you can make it to the other side of the world and back in a meal's time.