Austin’s Anastasia Hera Makes Her Own Music and Tropical Rum

Inspired by nights at Flamingo Cantina, the rapper/singer finds her spirit 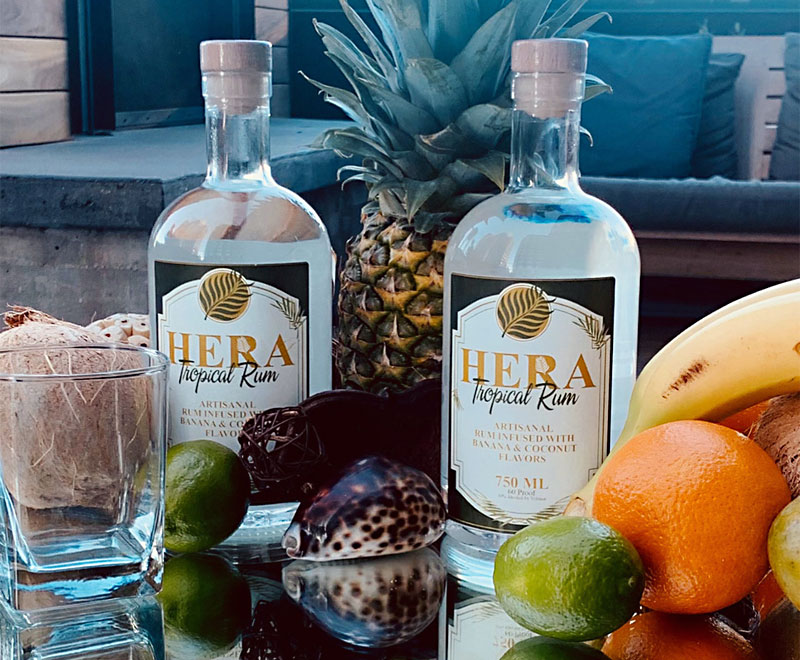 The unexpected collab, featuring Hera behind the wheel of an 18-wheeler, worked. The artist soon connected and signed a management deal with South Carolina-based So Bold Entertainment, who linked her with Charleston's Striped Pig Distillery to launch her own liquor brand. The week of our conversation, Hera filmed her first commercial for the to-be-released HERA Tropical Rum – backed by, yes, her own tropical backing jingle.

"In my first conversation with [distillery owner "Pixie" Paula Dezzutti], she asked me for my spirit of choice," says Hera. "I'm not a huge drinker, but back when I was, it was always a Malibu, or any coconut rum, and Coke. Between that, and spending nights at Flamingo Cantina with the mix and mélange of music I grew up listening to, a tropical rum just felt natural."

Dezzutti's company Local Choice Spirits previously released drink brands with musicians including country act Tyler Boone and rap artist Boosie BadAzz. They hope to have bottles of Hera's banana and coconut rum available this fall, with more flavors to come in the line. The debut HERA Tropical Rum can be enjoyed straight, on the rocks, or frozen – with recommended mixers of coconut water or pineapple juice. 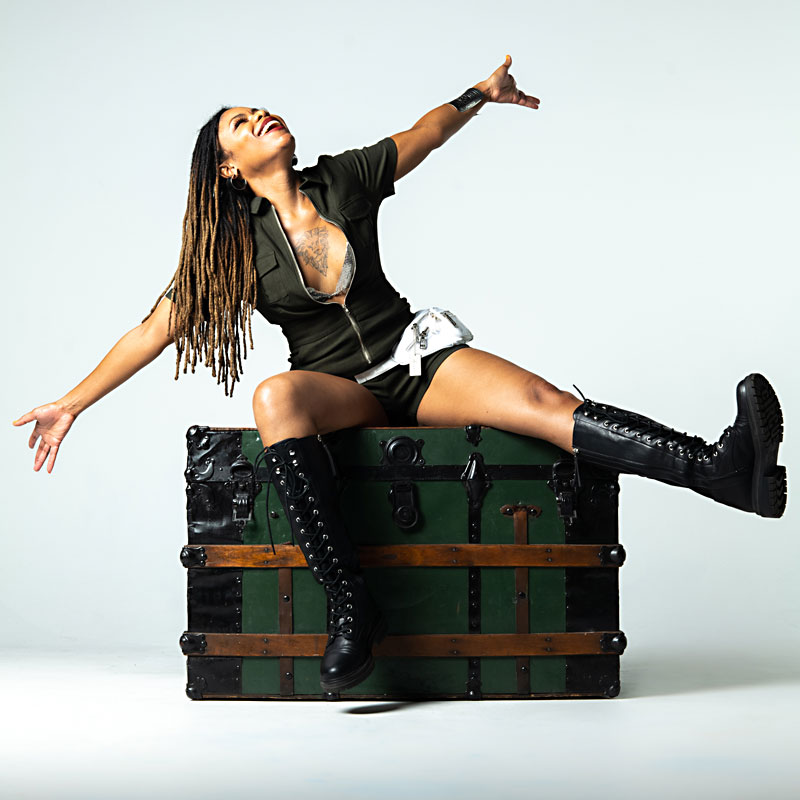 "Just like with the music, I want to present it to people who are like me," says the creator. "I'm not a party girl out there every weekend, but I like to have fun sometimes and let loose. I like the idea of having it with something a little softer like coconut water, because the flavor is enough to stand up on its own."

While growing up in Austin, Hera says the only tropical locales she visited were "in my mind, through music." Adulthood travels to Belize and Puerto Rico, as well as longtime love of Bob Marley, inspire her current creation. "I love what artists like [Marley] were able to do with their niche, and it touched the whole world," she says. "That's what I'm trying to achieve here, from my own little corner of Texas: As a Southern, Black woman, what are my experiences, and how can I make those relatable to everybody?"

She will release her HERA Tropical Rum commercial soundtracks as singles, signaling a shift in her music-making following May release This Is Anastasia. (Appropriate for island vibes, the EP included aquatic track "Big Tuna" featuring a big-fish-in-a-small-pond metaphor.) This year, the singer began self-producing tracks for the first time in her career, as well as practicing with a new band as Anastasia Hera & the Heroes.

"The latter part of this summer has just been me, locked up with my computer, making my own beats," Hera says. "Up until now, I had only ever used other producers' music to make my music. Now that I'm confident enough to put my own compositions together, I want to show people."

The artist also found a greater audience after signing with manager Douglas Lofton of So Bold Entertainment, including a distribution deal with Sony Orchard. This fall, she plans to tote her bottles, featuring a palm frond logo, to area bars and hotels. She mentions the always-solid idea of bringing a life-size cardboard cutout.

"I was putting out great music before, but nobody was really hearing it outside Austin," she adds. "Now I have another reason for people to pay attention. I'm like, 'Guess what? I'm not just the pretty face holding this bottle. Listen to this album – you'll be touched.'"