ACL Food by the Numbers 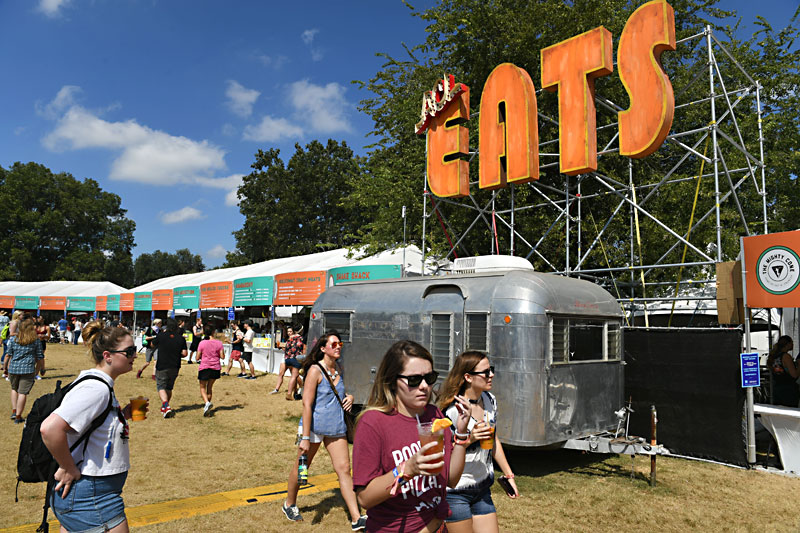 With nearly 40 different food vendors serving barbecue, Tex-Mex, and more at Austin City Limits this year, festivalgoers are bound to find something to munch on. We asked ACL Eats vendors what it takes to feed the masses.– Skye Seipp

• Tamale Addiction plans to sell roughly 17,000 tamales through both weekends at ACL, which is about the equivalent weight of a large pickup truck.

• Mmmpanadas expects to sell nearly 25,000 empanadas, which would be enough to feed a blue whale for one day (not recommended).

• Happy Chicks plans to sell nearly 270,000 chicken tenders and 120,000 vegan tenders, which is about the same length as Mt. Everest stacked on itself five times.

• Flyrite Chicken is ordering roughly 4,800 pounds of chicken to turn into 10,000 sandwiches.

• Wing Daddy's will have 200 gallons of wing sauce at the ready.

• Sno-Beach sno-cones will have nearly 700 blocks of ice and 100 gallons of syrup for the first weekend.

• Amy's Ice Creams is made fresh daily, but to prepare the roughly 2,100 pounds of ice cream, they start two weeks before the fest.

• If you have a hankering for elote Tater Tots, brought paperwork that needs a notary to the festival for some reason, and can't be bothered with making two stops, check out Wicky's Walkup. Seriously.