At Age 69, Veteran Barkeep Wisecracks His Place Into Local Legend 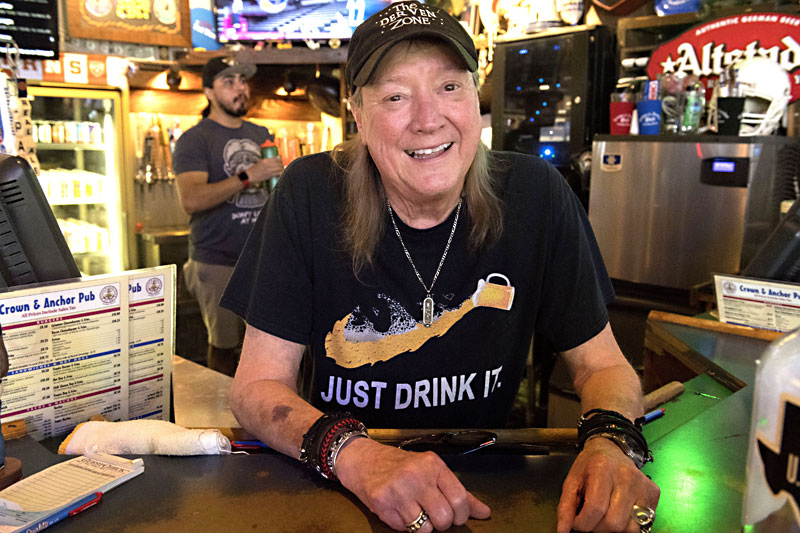 During his interview in one of the nautically themed booths at Crown & Anchor Pub, veteran bartender Derven Rodgers is approached by a newly christened customer. A young guy with a business-looking messenger bag, the first-timer promises to come back soon. "I'll see you when I'm looking at you, bye!" calls out Rodgers in one of his delightful hokey one-liners.

"He just moved here like nine months ago, and we get a lot of people like that," says the barkeep. "I want them to feel safe and at home, like a warm hug. We have good food and good people. We don't have bar fights, and we don't have hard liquor. If you drink beer, by the time you're ready to fight somebody you've got to go pee."

Despite 34 years, the north campus trifecta of patio, pitchers, and good burgers maintains an intimate hold on in-the-know visitors. On a busy July weeknight, Spoon bandleader Britt Daniel joined the UT affiliates and lingering neighborhood renters (like myself). "I thought I was the only one who comes to Crown & Anchor," he said.

You'll spot resident curmudgeon Rodgers behind the bar in his self-made merchandise, like a hat reading "The Derven Zone." The soft-hearted lover of slasher films and rock & roll turns 69 years old this week. The Crown celebrates all day Friday, August 13 – which bar manager Michelle Moore says will be "basically ... just another day of 'The Derven Show,' on steroids. He holds court and drinks a few beers with customers."

Derven Rodgers: Hell no, my parents made it up. I was the first born, and then I had two younger brothers 10 years later ... Richard and Steven.

AC: How long have you been here?

DR: I was here before it was even the Crown. I played at the Beach Cabaret in the Eighties. There used to be a stage in here, and the Big Boys and the Dicks played. My best friend [Steve Anderson] sang in a band called Scratch Acid. I know all the punk bands, but I never got it. You study all this music and then it's just four chords. What the heck? 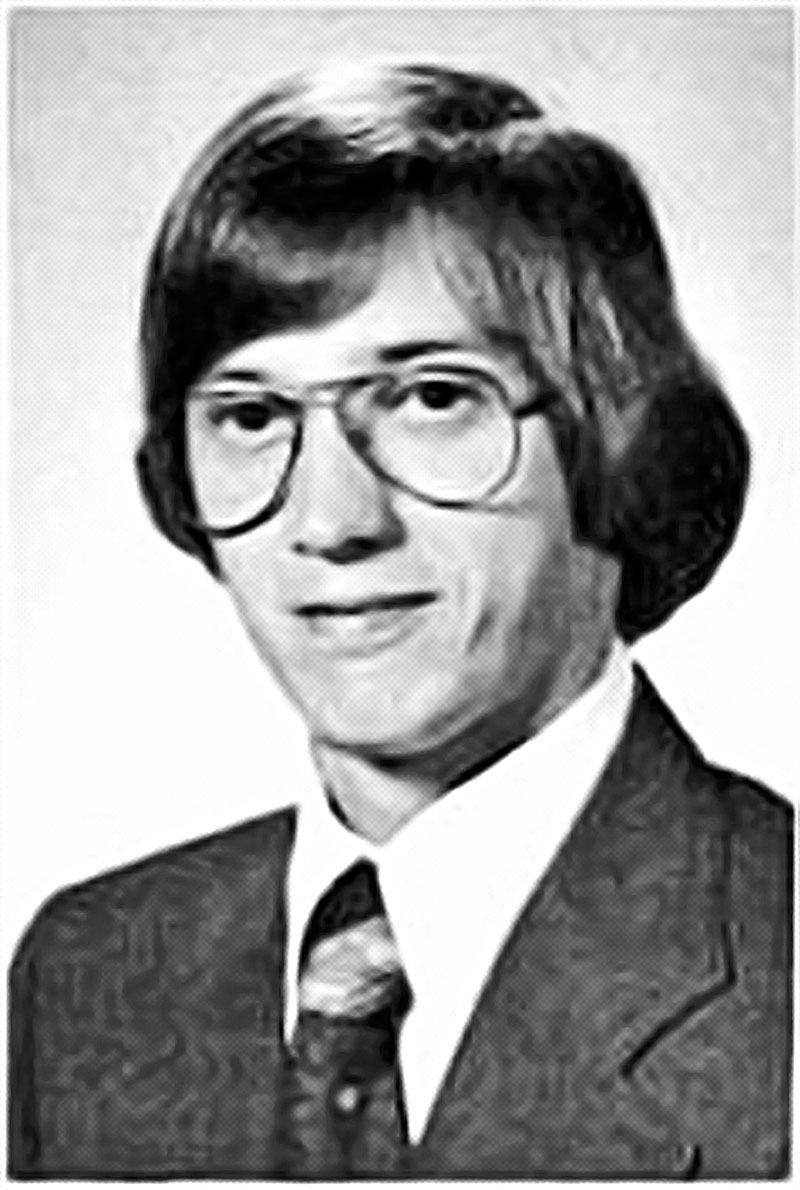 In one way or the other – I've been here ever since the Crown debuted. I kept dropping off a co-worker here, and we always got a burger. One weekend, they say, "Hey, you want to work this weekend?" I've never found the back door. We don't even have a back door!

DR: I was in the kitchen for a long time. After that, I moved up to the front, and I've been there ever since. I'm the face of the place. I work five shifts a week, and I wouldn't do anything else. Everybody thinks I'm the owner. I'm going to live my life out here. It's debauchery at best, but I've enjoyed it.

AC: Who does own the Crown?

DR: In 1987, [Billy and Susan Forrester] opened the Crown with Craig Steede and Richard Benning, who sadly passed away from cancer [in 2005]. We have his picture up there behind the bar. [The owners] have around 30 bars in various states. [The Forresters] opened Dog and Duck and Waterloo Brewing, and now they own Billy's on Burnet. My wife works there.

AC: What are you drinking?

AC: Where are you from?

DR: Abilene, Texas, where men are men, and sheep are really nervous. I went to McMurray University there and studied music. I'm not really a religious person. They called me "the heathen." "Well here comes hellfire and brimstone." I had long hair back then, and the school made me cut it. I don't think you can do that legally! I left as soon as I graduated.

DR: I already had a job picked out – suit, coat, tie, and I felt miserable about it. I stopped at the Thundercloud on 32nd and I saw [two guys] throwing a piece of bologna back and forth like a Frisbee. I thought, "They're having fun and making a living." I was with Thundercloud for around 10 years. [Co-founder John Meddaugh] would have me open up three or four Thunderclouds and train all the employees. It was an incredible experience, and I could play in bands.

AC: What kind of music?

DR: Rock, heavy metal. I've studied guitar all my life, but nobody wanted a lead guitar player when I moved here, so I had to play bass. There were more bars to play then – the Austin Outhouse, the Back Room. I was in one band, Marshall Dylan, that opened for Pantera. We felt like we were on top of the world. We were really on the anus of the world, dadgummit! So I just made the bar my stage. I've had enough rock & roll. I'll be a bar star.

AC: Has the clientele changed over the years?

DR: Not really. It's beautiful. I meet someone when they're 19, still growing and evolving. Twenty years later, they get married and come back with their little kids and take photographs where their first date was. It happens a lot, and it means the world to me. A lot of those kids have never left their little town, and you can feel all alone in a group of 50,000 people at college. You just bring them in here and nurture them.

AC: How has the Crown weathered COVID-19?

DR: No, we jumped through every hoop in the world so that people could have food and a beverage. We followed all the protocols, spaced apart the tables, and did just to-go orders for a while. People would call constantly to make sure that we're alright. We're an institution. We're still here, [neighbors Posse East and Clowndog Bikes] are still here, and we're here to stay.

AC: Do you still play?

DR: We have a studio at our house. My wife [Tricia Daniel] is an excellent drummer. She lived in London for years, and you could see her on MTV [with the band] Shark Taboo. Now she's a travel photographer. The best place we went lately was Turkey, before this cluster. [Pointing at bar speakers] Did I tell you I like AC/DC?