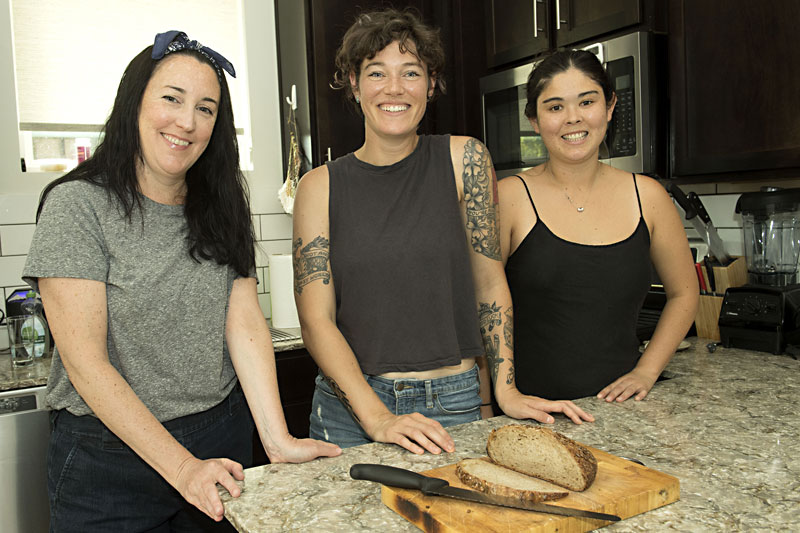 Throughout the pan-demi-glace, people have used their innermost comforts to push themselves through difficult times. For a huge number of folks comfort came in the form of the culinary arts – baking bread, cooking meals, and sharing those delicious labors with close compatriots. Two Austin-based examples – caterer Doryan Rice's Cuarantine Delivery Coop and the Oven Mitt Movement – created opportunities to involve and support the community in food-based mutual aid. Both Rice and the Oven Mitt team of Lisa Machac, Gabrielle Owermohle, and Maddie Corliss were spurred by pandemic pandemonium in their lives to take compassionate culinary action.

Put Up Your Mitts

Oven Mitt Movement's percolation started from the desire to join in the proliferation of mutual aid groups during summer 2020 – or, as Machac puts it, "a desire to help our neighbors and bake." While initially they baked on a smaller scale for groups like Free Lunch, Machac says Oven Mitt really got cooking when she teamed up with Owermohle and Corliss to start their signature "bake-alongs." These feature accessible baking recipes with video instructions usually given by Machac or Owermohle over Instagram Live. (Corliss has hosted some, but demurs that she doesn't "translate well to the internet.") Tickets are sold via Eventbrite, and bakers then deliver the treats to Oven Mitt, who distributes those creations to a chosen organization. They also have smaller, more informal "side bakes," which come from suggestions on the Oven Mitt members' group chat and tend toward spur-of-the-moment opportunities.

Owermohle says contributing her baking skills to the mutual aid movement made supporting the community something she could do without burning out. "That's what I want people to realize," she explains. "You don't have to be super involved. It's big when you want to bake. Do what you can do, find your skill, your passion, and plug it into mutual aid." All three Oven Mitt team members are former industry workers, and when the pandemic left them without a food-service outlet, Corliss says it was a confusing time. "How do we still be hospitality people?" she recalls thinking. "That's who we all are at heart." Utilizing their ingrained skills as both front- and back-of-house folks has made Oven Mitt a more impactful movement for the team.

“You don’t have to be super involved. It’s big when you want to bake. Do what you can do, find your skill, your passion, and plug it into mutual aid.”– Gabrielle Owermohle, Oven Mitt Movement

While much of Oven Mitt's creations have gone to operations like Red Beans and Ricely Yours or Casa Marianella, they have expanded their oeuvre to include baking kits as well. Machac describes preparing and distributing baking kits to several groups of young girls living at the Set­tle­ment Home for Children, a nonprofit serving children who've experienced abuse, so they could participate in a bake-along. "I really do love the interactive way that we've been able to partner with Set­tle­ment Home," she says. "Even though we have to behave ourselves on Instagram Live" due to the teens tuning in. ("Maybe don't drink the Bloody Mary while you're doing the bake-along," Ower­mohle chimes in.)

As the bakes have ramped up in quantity of both food and participants, feedback has been overwhelmingly positive. From older bakers downloading Insta­gram just to join in on a bake-along to comments from recipients about how getting an Oven Mitt-made treat put a spring in their step, "just knowing that everybody who is either on the doing end or the receiving end is really enjoying the fact that they're able to do this has been a really cool bonding experience," Owermohle says.

"I'm also struck by how many [bake-along participants] are like, 'I've never made bread before, [but] here we go,'" Cor­liss adds. "Like, wow! That is really ambitious." 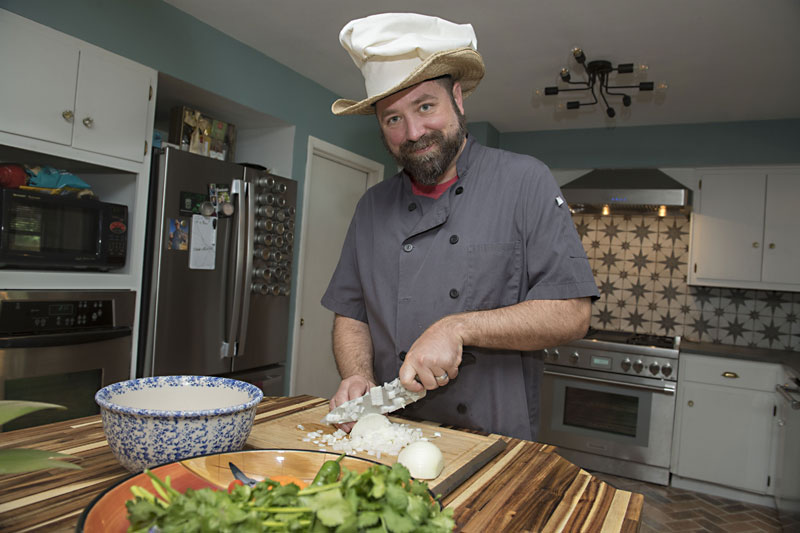 For Doryan Rice, the idea for the Cuar­an­tine Delivery Coop – which he excitedly points out shortens to CDC – came after a longstanding brunch gig canceled on that fateful weekend in March 2020. When all his other catering gigs went the way of the brunch dodo, Rice took advantage of an abundance of corned beef and cabbage to offer up a St. Patrick's Day delivery to anyone interested – in a kilt, no less. From this initial meal delivery sprang the current model of CDC, where the haves are helping the have-nots by donating meals to people in need. While those lucky to still be employed order meals from Rice to take a break from the kitchen (or due to fear of grocery store germs), they can opt to pay extra and donate meal delivery to people they know who aren't as fortunate. Along with his meal-delivery donation nomination program, Rice also donates any extra food (and there is always extra) to ATX Free Fridge or folks on the Better Together Facebook group. He adds that often folks who've gotten his meals donated to them will, upon getting back on their feet, quickly nominate others to receive the gift of the delicious CDC. "[Which] I rather enjoy, because then I meet people that I wouldn't have found any other way."

Rice's love of cooking stems from his father's hunting and fishing trips, which culminated in weekendlong barbecue and sausagemaking parties. "I was pretty much surrounded by that kind of communal cooking spirit." Prior to his catering business, Rice worked in themed dinner parties and never lost the passion he had for bringing people together over food. From those dinner party days he brings a wide knowledge of what meals work best when cooking for numerous people, and what stays fresh longer. Pork tenderloins feature often, as well as Mediterranean fare and meals within what he calls the "Texas trifecta" of Latin, Southern, and Creole influences.

While the pandemic started both Rice's CDC and the Oven Mitt Movement on their altruistic journeys, neither plans to stop once the last vaccine has been administered. Rice plans to keep cheerleading for the mutual aid and community groups he works with, and to keep up the delivery business model. "My wife wants me to open a storefront, but I'm not sure if I'm ready for that step quite yet," he admits.

Oven Mitt, on the other hand, is ready for quite a few big steps. Owermohle, Corliss, and Machac all say they hope to increase baker sign-ups – and perhaps secure special guest hosts for the bake-alongs. Another goal is to add chapters in other cities that will follow the same recipes but donate the bakes to their own local organizations. "[Oven Mitt is] a really simple grassroots operation," Machac explains about having other cities follow their template. "It's not super complicated. And we want to keep it that way so it's as accessible as possible to everybody."

The Oven Mitt Movement’s next bake-along is July 11, with tickets on Eventbrite; more info on ovenmittmovement.com and social media.

The Cuarantine Delivery Coop’s order form can be found at fb.com/diningwithdoryan.