Small Town Barbecue at Its Finest 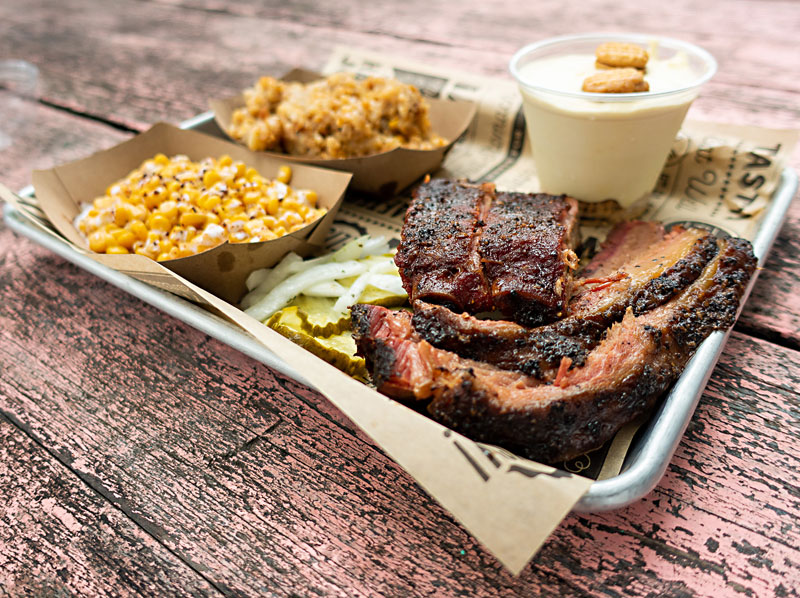 Lots of people head to Taylor for world-class barbecue, but heading down Highway 79 a little farther leads to the town of Rockdale, home of Brett's Backyard Bar-B-Que, about 60 miles from Downtown Austin. Started a couple of years ago by the eponymous Brett, this mostly outdoor joint quickly made headlines after landing a place on Texas Monthly's "Top 25 New Barbecue Joints" in 2019. Situated just north of Lexington and Snow's BBQ, Brett's aims to add to the abundance of great barbecue in Central Texas with classic smoked meats (brisket, ribs, pulled pork, sausage, and chicken) and delectable sides like creamed corn, mac & cheese, and Nutter Butter banana pudding. We caught up with purveyor Brett Boren during these pandemic times to see how things were going.

Austin Chronicle: Looking at the last year, how have you guys adjusted during the pandemic?

Brett Boren: We fared pretty well compared to a lot of places in a brick-and-mortar environment. We basically went curbside-only for a month and a half. We were extremely busy with call-ins, we had a text hotline, and we took pre-orders. We had two tablets going, one with online orders, a cell phone for text and call-in, and a backup tablet so we wouldn't miss any of the texts. It was like Sonic times a hundred. On top of that, the first thing I did to help out the community is that I organized an event with volunteers from the chamber and the city and the fire department to meet here, and we fed about 300 citizens of Milam County. Then a month later we did the same thing for the kids. All the schools got canceled and I figured that the kids weren't getting free meals so we had to figure out how to feed these kids, you know? At that point, I was just trying to stay alive and make ends meet to pay the bills. We weren't worried about margin dollars or profit. I was like, "Screw it, we're going to feed these kids." We did that and then we went to a $4 all day menu for kids. It was a lot to handle all at once, man. 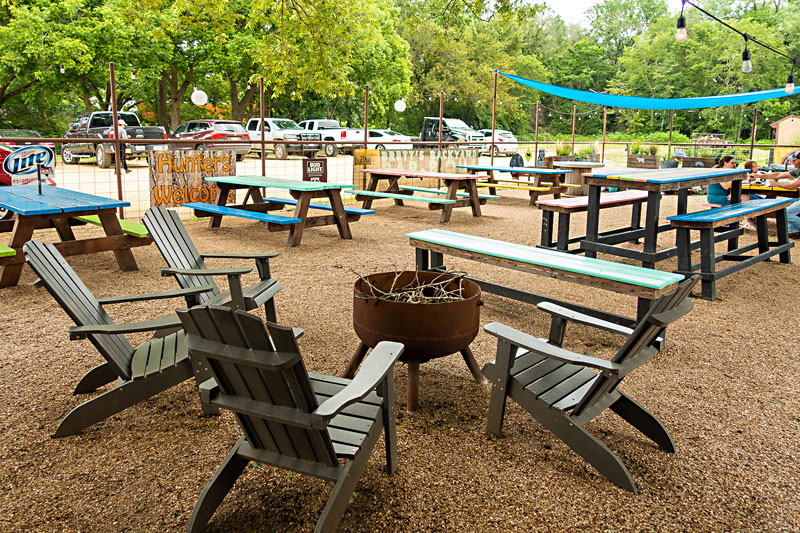 AC: That actually leads me into going back to your origin, especially the choice to go out to Rockdale.

BB: For years when I was working at Dell, I was doing a weekend pop-up in downtown Round Rock or Georgetown on the square, and I was looking for a place where I could put a little barbecue trailer. At the same time, I was going to Texas Monthly barbecue fests. I had already done competition barbecue for years and proven myself on that circuit, so I already knew in my heart of hearts that I wanted to go open up my own place and what kind of barbecue I wanted to make, but I needed something to bridge the gap. Round Rock was never it for me; the city council would never let me put a trailer anywhere. My girlfriend is from Rockdale, and I came here one night because a county police officer had passed away.

We started off real small and kind of grew it from there. I also knew that craft barbecue would never do well in the Round Rock area because if they wanted craft barbecue, they'd go to Austin to get it. You go down to Micklethwait and get some badass barbecue or la Barbecue. I knew that for me to be successful I had to get out of Round Rock and get away from my friends but be close enough to where they could come see me and spend money. In 2017 when the Texas Monthly Top 50 came out, I took it as a business opportunity. There's no dots on the map between Louie Mueller out in Taylor, and College Station. There was nothing out there besides Snow's.

I was really good friends with Tootsie [Tomanetz] so I went out to Snow's one morning and said I was thinking of starting a barbecue joint down the road in Rockdale. She was like, "Rockdale's a hard town. Everyone is going out of business and everyone got laid off." What I saw was the highway. All I needed was a little time and a little trust. I came out swinging, cashed in my 401K, and spent every single dollar within three months. It wasn't easy winning the locals over because I was bringing craft barbecue, which brings a completely different grade of meats, beef, and poultry and pork, and you ask a premium price for it. I don't have another pitmaster I pay. I am it. It's the small town with the big city barbecue experience. 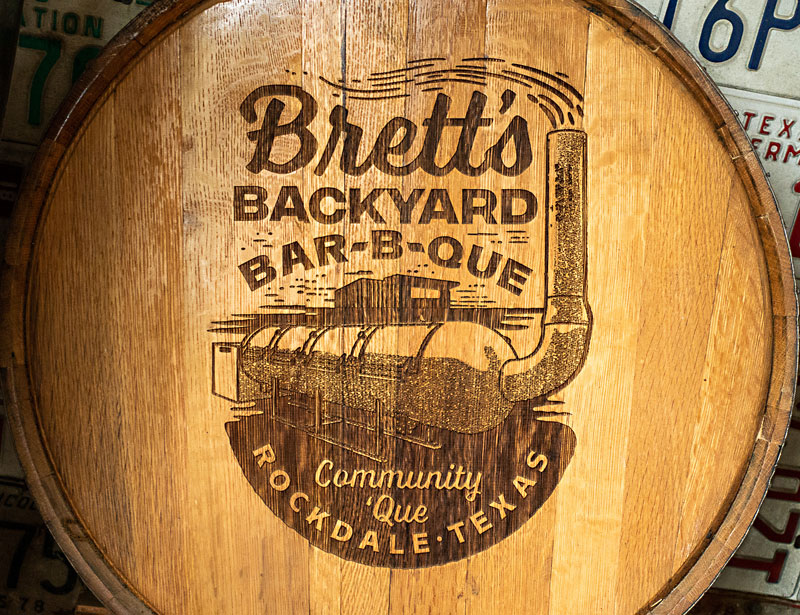 AC: That makes a ton of sense, and you're definitely within Austin's orbit. What I love about your location, especially thinking about Snow's, is that you're right up the road from Lexington.

BB: We're barbecue fans, so Tootsie will say, "If you want to come do a barbecue run and make a day out of it, start at Snow's, hit Brett's. If you want to head toward Austin you can go Louie Mueller and Taylor, or head back toward 1775 and College Station, or if you're going back toward Houston you can hit Trudy's for a piece of badass cake on your way back. Now we've got a little triangle going on.

AC: Tell me about your decision to make a "backyard" in that big open area.

BB: I think it's just where family can meet friends. It's a community spot. A place where family can meet, a safe place for kids, I've even told one of the local ministers that if he wanted to have a men's group here once a month on Sundays, there's no limits to what the backyard can be. The chamber could have their meetings here. I want to rent it out for a high school reunion, a small wedding. I want to put a dog park in the back and cornhole, washers, floodlights, and have a farmers' market.

AC: Your physical assets are great, but people aren't just going there because of the physical space, they're going there for the food, too, and you've got both. I think that is unusual in the world of barbecue.

BB: Yeah, it's very unique. To me, it's magical. I look at it early in the morning when the lights are dim and the solar lights are still on and think, "What else can I do to create something fun and entertaining?" There's so much I can do, but I don't want to consume myself right now. [Laughter] I can't live my life at the same time, so we're trying to do just a little bit here and a little bit there.