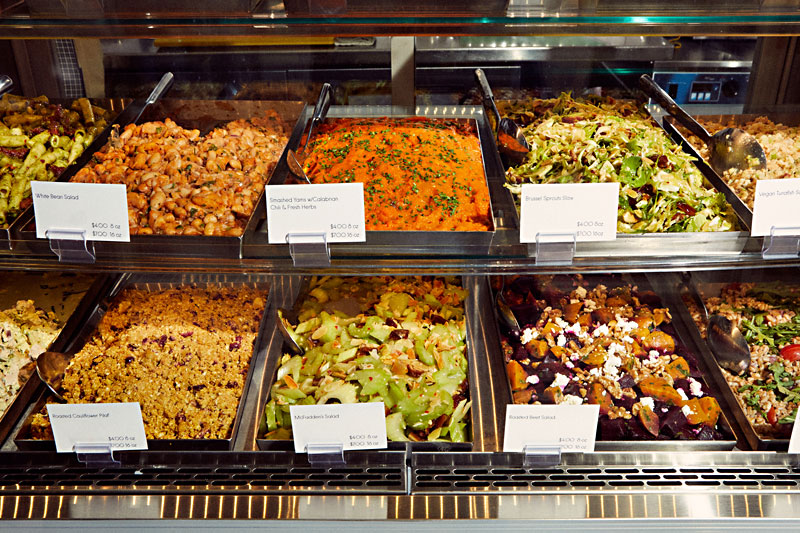 Austinites' love of food has fostered an environment ripe for growing specialty stores, and as the city grows, so does the need for small neighborhood shops. Walk-up shops with food and drink options – plus a laundry list of other items, from socks to notary stamps – offer a unique opportunity for artisan makers to feature their services and goods. Here are three new local options to try.


Tiny Grocer is an inviting neighborhood bodega at the corner of South Congress and East Annie that contains all the sections of a traditional big-box grocery store in a convenience store size. The humble proprietor, Steph Steele, is a 24-year veteran of Whole Foods and brings the same ethos to food retail: smaller, less corporate producers; local first; high quality. Steele insists that Tiny Grocer is truly as its name implies, with all sections of a traditional grocery store found on the location. There is a floral section and bath essentials, a produce and deli section, all scaled down in size and offered inside in a lovely interior.

"That's the whole goal, to have the products speak for themselves," said Steele. Along the shelves is a bevy of locally produced products with a range of options, from old favorites like Stubb's Bar-B-Q sauce to newcomers like Proud Mary Cafe, a coffee roaster in construction on South Lamar. The in-store deli uses produce sold in the store, and the cafe features coffee available for retail as well.

"I think that that thought process around sourcing is ingrained in us. We're looking for organic when possible, naturally produced. I think the difference here and the opportunity here is the small, artisan maker," said Steele, discussing the source of her products.

"When I worked for Whole Foods, John Mackey had a lofty CEO kind of vision, and it was, 'I want to change the way the world eats.' Me, coming up in that company for 24 years, I was really behind that. Then I think what happened is that we did that: Organics are now in Costco, in every conventional market. This is no longer some niche thing. This is everywhere and people want it. So what I see happened along the way is that people got turned on to, 'I don't want to be an accountant; I want to be on a farm.' People switching jobs and changing lifestyles because of what's important to them, and they start to make a product. And now Whole Foods is so big that you can't get that product into Whole Foods. This is food being made by people who really care about the quality of food they make."

There is also a deli and a street-facing cafe for those who want to find a bite to eat on the famous SoCo strip without sitting down at a fancy restaurant. We recommend starting with their tasty pastrami and mustard sandwich.


Bill Thom of the eponymous market has opened a fourth location, in the Brentwood neighborhood near Burnet Road and Allendale. Thom, who has called Austin home since 1984, originally worked in the record store business but opened Thom's Market in its Barton Springs location in 2007, in the wake of the record industry's early Aughts implosion.

Thom brought much of the same ethos of a small record-store owner to his small grocer mini-empire: "There's always this process of turnover. Twenty percent of our products are relatively new, and 20% we're phasing out. Then you've got a whole middle of the stuff that continues to sell regularly. Every new week we have new products on the shelf. It's like the record business, because everybody is all excited about the new releases every week. That's my background, so I kind of treat it the same way," he said.

Thom's Market has long been a purveyor of local fare to neighborhoods in a way that convenience stores and big-box retailers aren't. "I started thinking about what had happened to the small markets like my grandfather's," explained Thom. "If you go to a big city like New York, they have great markets in all the little neighborhoods. Everybody has a great market that you can walk to. But a lot of it is just so generic, where they don't even sell real food, because everything in my lifetime has just gotten bigger and bigger and bigger in all these big-box stores now. I just started thinking that perhaps a real good grocery store in neighborhood size would work in Austin, because people in Austin are very territorial. People in Austin don't like to leave their very local area."

From "pigless bacon" chips to craft beer to funky socks and healthy dog snacks, the new location offers the same wide variety that has made Thom's a local fave. 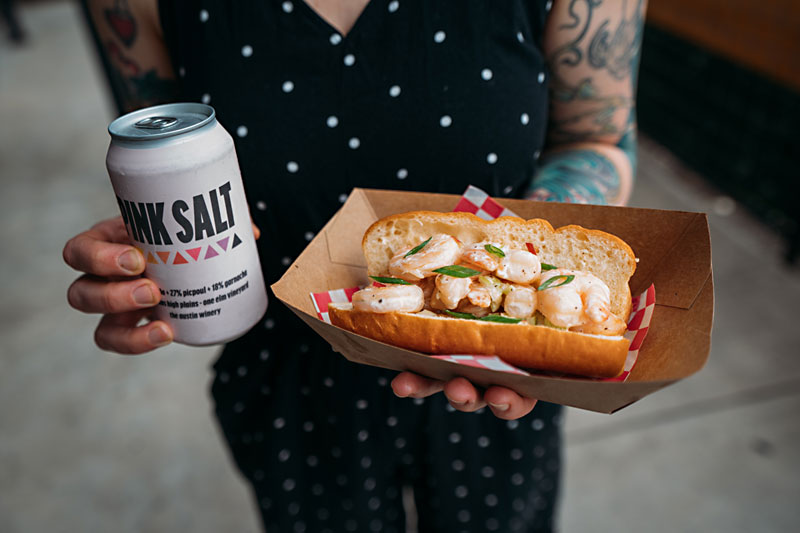 The shrimp roll from Wicky's Walkup (Photo by Alison Narro)


Rachelle Fox and Chadwick Leger, proprietors of the Cavalier (opened 2018) and the Taco Fuego pop-up, added Wicky's Walkup to their business roster as of March 22. "We wanted to bring some old-school Aus­tin vibes – easy, cool, casual, hip, fun, from scratch, amazing food – and put the two things together," said Bock, a native Austinite.

Both veterans of the Austin service industry (Fox worked at Vespaio for eight years; Leger at Shangri-La for six) wanted to create a community space to fit the changing times. Wicky's Walkup, a street-­facing space attached to the Cavalier, specializes in New Orleans-inspired cuisine and drinks, an ode to Leger's Louisiana roots. There are muffalettas, daiquiris to go, shrimp rolls on Easy Tiger bread, and other takeaway items. The Beet It, Nerd, a beet-based muffaletta on focaccia, is a good vegetarian alternative, in addition to Jamaican jerk jackfruit.

Setting them apart from other foodie pop-ups, you can also fulfill all your notary needs, as Rachelle is a certified public notary. Score some elotes tots while you get that new business loan application notarized.

Wicky's came about as a response to COVID-19 and a changing city. Fox explained: "What we were serving before was a sense of community and camaraderie, but we can't come together, so what do they need? So we were able to create a safe space for people to come out of their houses for a little bit. They need a moment of peace and old Austin vibes, they need to be reminded of what the city's beautiful culture is. I've been in Austin for a long time, and I have to make a choice, daily, weekly, quarterly: Do we run away? Do we escape all the newness of the city or do we stay and fight to teach the new folks what the culture of the city is? And that's what we are choosing to do presently. If people say what they feel when they come here, then we have done our job." 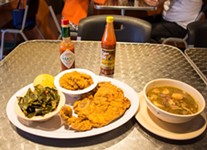