Mixtape of Austin Bevs for a Virtual SXSW 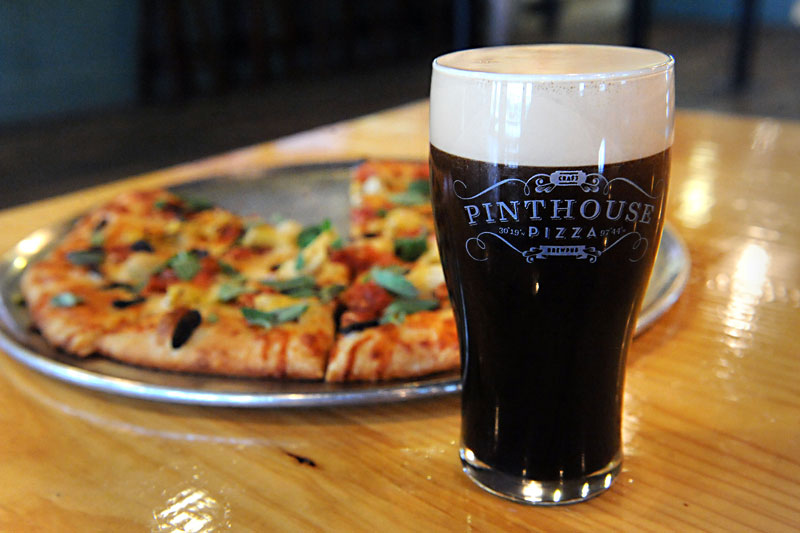 Things are gonna be a lot calmer around here than your typical mid-March trope-core Festival featuring acts like Band of Dads and Wolf Dad and hypebeasts Dad Coast at the Zarbee’s Spiked Hard Melatonin activation. But that doesn’t mean you shouldn’t try to integrate a few buzz-induced SXSW afternoons into your spring break anyway. The iconic Festival has introduced a digital experience running March 16-20 for $325 that includes access to all of the well-known features we’ve come to expect from the world-class indie-centric celebration, including music showcases coming live from each artist’s home country, available through streaming devices or the SXSW Online Connected TV app via Apple TV, Fire TV, Roku, Samsung TV Plus, or Android TV. That seems a whole heck of a lot better than scouting old grainy footage of Nick Cave gigs on YouTube as your only live music conduit in these dark times.

So, after you sleeve-up from wrist to elbow with old slap bracelets and decaying Livestrong ligatures to remind you of the unrestrained access to day shows of days past, find a comfortable seat on your futon and enjoy hours of underground entertainment. With a little bit of extra elbow room this year, the AC will provide you with underrated local beverage recs to pair with those undercover bops giving you the full R&D experience. Welcome to SXSW 2021: It might not be perfect, but it’s better than a 300-person queue for room-temp Habanero Red Bull samples.


We could align any cheap Aussie hangover lager with anything the Chats sonically vomit, but now that you've evolved into a bad tempered OLD, it’s time your cantankerous palate aged to a stiff chile pepper stout made by local icons (512) Brewing. It pours like motor oil and drinks like a kick to the throat. “Pub Feed,” meanwhile, is a peek into – what else? – unabashed Australian drinking culture. Based on this single medley, Down Undah partying is high-risk dickery packaged into 2½ minutes of box jellyfish stings. 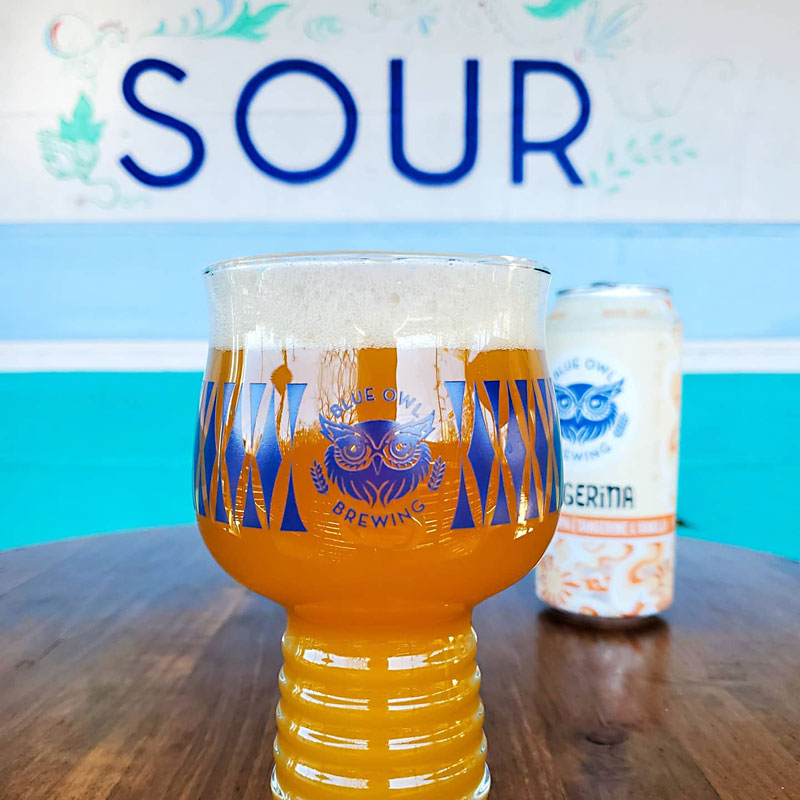 
One cannot define “Good Country™.” You just know it when you hear it. So take a knee on America and get prepared to be serenaded by California’s Jade Jackson (appearing virtually with fellow Good Country™-er Aubrie Sellers). “Finish Line” is a self-reflective charmer that dithers between sour-hearted themes and love-bittered verse, but is ultimately cured by saccharine melodies. The payoff is a well-balanced tune that tracks with Americana’s finest dour hits. Much like Blue Owl’s Tangerina, a thick-set smoothie that mimics an Orange Julius, the beer takes the liberty to toy with your feelings, from bitter rind up front to milky-sweet by the end. 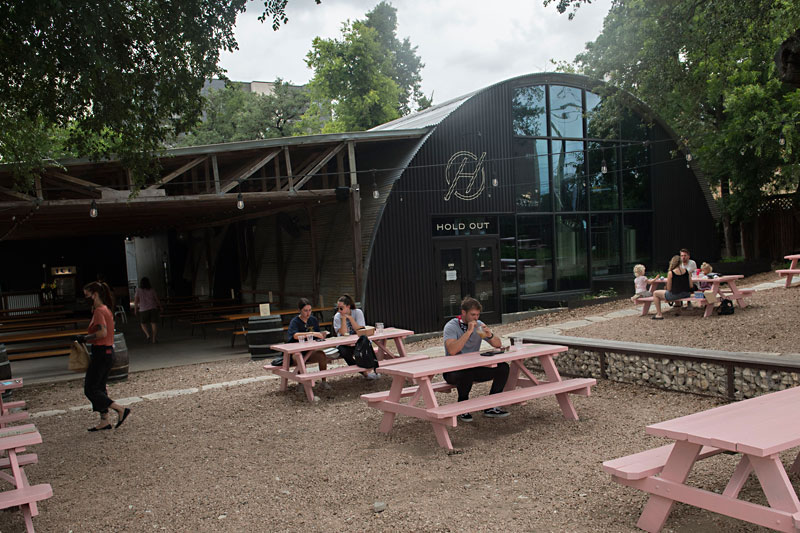 
If SXSW was back to packed as Da Gov would have it, every BCNR gig would have the healthiest wait times in town. This UK-based post-punk septet writhes to discordant synth keys, bad-tempered guitar riffs, naughty violins, and truculent horns that frame its Jarvis Cocker sound-alike narrating post-F.E.E.L.I.N.G.C.A.L.L.E.D.L.O.V.E. anecdotes about the British misfit life. Nothing matches the mood and timbre of “Science Fair” quite like the aggressive 6% cider made in duet by local misfits Fairweather Cider and Hold Out Brewing called “Floaties.” This versatile beverage flexes its spicy, floral, and resinous booze-muscles with ADHA 1940 and Saaz hops, setting the tone for a proper living room scrap.


On the surface, both Pillow Queens and Pinthouse’s Training Bines IPA appear goose-feather soft with their effortless harmonies and hazy expositions, but underneath lie heavily bittered undertones of cascading guitars, sharp-tongued wit, and flavoring hops that pack a weighty jab. On “HowDoILook,” the all-queer female quartet is tight with its rhythms and percussions and full-hearted lyrics in much the same tone that Pinthouse Brewing harmonizes Simcoe, Mosaic, and Citra lupulin powders into this anthemic brew. Both are as delightful and aggressive as being trampled by a herd of kittens.


Hazy Sour Cherry’s “Tour de Tokyo” sounds like something that comes in a twee sampler pack: jangly lo-fi guitars, shrill vox, and sugary lyrics that come in a threepiece meal from the Tokyo indie scene. Tsuzumi on vocals wavers between fragmented English and bubbled-over Japanese prose that vibes with the same universal appreciation as a Belgian lambic made right here in the States, where classic style meets trendy composer. The revival of Celis’ juicy and tart cherry kriek in a can, a ludicrously enjoyable beer, suggests that bubblegum-pop and fruited ales are made to skip along the same path together, hand in hand.


What starts out tasting like early vintage Bloc Party quickly darts to a Los Campesinos! banger before downshifting to the meandering shoegaze of Louise Wener’s midalbum Sleeper triumphs. Likewise, 4th Tap’s Stay Gold Hoppy Pale Ale is a cascading beer, with the upfront bitterness of cryo hops quickly transitioning to a careening sensation of tamed tropical jungle cat hugs. “I’m Kind of Boring” and Stay Gold are definitely ironic sobriquets to a couple of deeply interesting happy hour treats where nothing gold will actually stay (in the can). Chug away with impunity.


PVA is a whole trip, man. Every track is an anxiety dream where you’re plunked down into an 8-bit Activision side-scroller where you have to outwit the jungle or some shit. Like you’re up against tar pits and scorpions with fangs and swamp logs that are actually crocodiles. It’s all a super intense experience. So is the beer. Adelbert’s Travelin’ Man is a denseass, full-throated, frothy IPA with tons of layers and amalgamations of hop varietals that the brewery rotates as the seasons change. Maybe there’s some fanged-scorpion juice in there. No one can ever really know. But by the end of these experiences, you’ll be truckin’ your ass around the apartment. Enjoy your virtual SXSW. 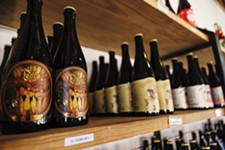 Austin's Best Breweries of 2022
It's Top of the Hops VII!