It's a weird year, but we still have to drink something 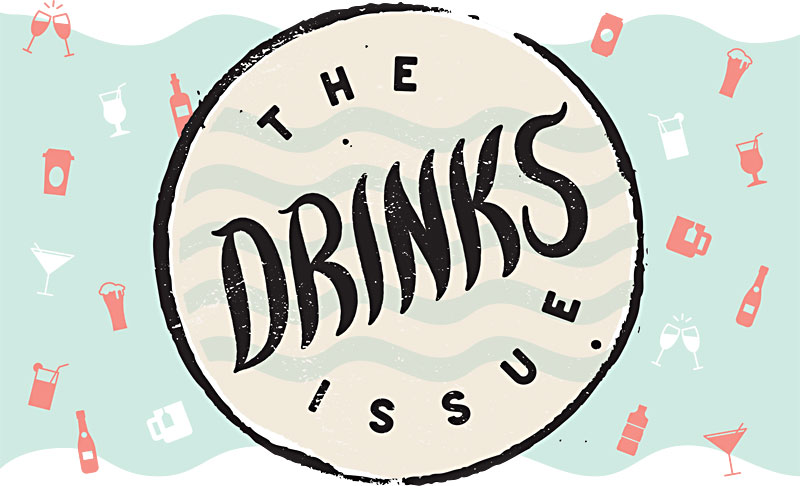 Humans can only survive three days or so without water. But in addition to serving their basic function of keeping our organs humming and satiating thirst, drinks add much more to the composite of our daily lives, especially while living under the thumb of a global pandemic. So as the months of this most bizarre and disruptive year march on, as we look at what formulates our societal and personal hierarchies of need, it seems fitting in this annual issue celebrating the liquids we love to consume to peek into how some of our local drinks are made, too.

Austin's natural wine scene is on the rise, and one local maker has begun the arduous and delicate process of learning an old-world technique – amphora winemaking – that's uniquely suited to our region, and preserves the terroir's flavors. Hard seltzers are still all the rage, and one local father-son team went from ranching to brewing sugar cane to create a new product. Coffee subscriptions not only ensure a ready supply of caffeine, but they offer a quar-friendly route to enjoying "medleys of java you might've never known otherwise."

Brewery taprooms weren't necessarily emphasised as a feature before the 2013 legislation passed in Texas allowing direct-to-customer taproom sales. Before it was just picnic tables scattered around fermenting tanks, but as a result of the hard-won law, "Texas breweries began to focus on the whole customer experience, moving beyond just the quality of the beer and further into the quality of its overall taproom culture."

A new Austin-based bubbly tonic, one named for the goddess of agave and made with organic hand-harvested agave, helps improve digestion and boost immunity. We won't say anything else is alright, but Matthew McConaughey has joined forces with Eddie Russell, master distiller of Wild Turkey, to create a small-batch eight-year bourbon refined with Texas Mesquite and oak charcoal. When Naijean Bernard moved to Austin from her native Grenada, she missed the flavors of home, and now she sells classic cold-pressed ginger flavors, and some twists, at the farmers' market.

And in a recent legislative win for local businesses trying to stay afloat, mixed drinks are allowed in to-go sales, so we rounded up a boatload of options for you online. No one knows what the rest of the year holds in store, but Austin surely won't be thirsty.