A Decade of Action Toward a Zero-Waste City

How far along are we? 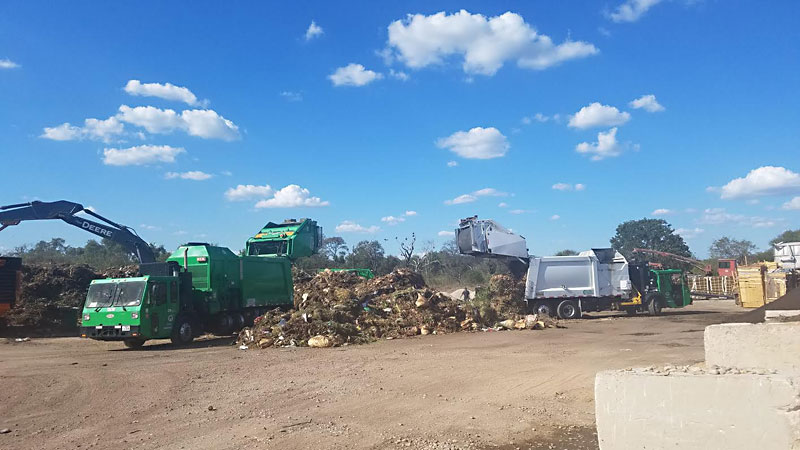 The city of Austin adopted the Urban Environmental Accords way back in 2005, which committed us to becoming zero-waste by 2040. Austin Resource Recovery (back then still the Solid Waste Services Department) first piloted curbside collection of recyclables in 2011 with 12,000 homes.

In 2015 the city conducted a waste characterization study that showed the potential impact of curbside composting; ARR found that almost everything Austinites were sending to landfills was either compostable (46%) or recyclable (44%), and only 10% required solid waste disposal. Thus, Austin's "zero-waste" goal is really to reduce its solid waste stream by 90% through recycling and reuse – including composting.

Since 2016, ARR has steadily rolled out its curbside composting program in four phases, with this year seeing all residential customers in Austin provided with green compost bins. But 85% of Austin's waste comes from commercial users, including businesses and most multifamily buildings, whose waste is handled by private haulers, not ARR.

A common misconception is that the URO requires businesses to compost. "We ask them to report how they are diverting or reducing food waste," Pace explains. As long as there is a demonstrated effort, businesses can reduce waste by purchasing less; donating to food banks, ranches, or farms; or even "creat[ing] alternative programs ... customized to your business." Residential curbside composting is also not required: People can return their bins if they do not want to use the service, but must still pay the $1 increase to the base collection fee, made in 2016. They can also reduce costs by choosing a smaller-sized bin.

But what if composting could actually save the city money? Organics "By Gosh", which takes in material for composting from both ARR and private haulers, says, "In the United States 30 to 40 percent of our food supply becomes food waste. When this food goes to waste, we have to spend money to discard it. We spend an estimated $165 billion a year disposing of excess food. In comparison, converting our food waste through composting can enrich our soil, deepen our pocketbooks, and support future generations with healthy plants and crops."

Austin’s Animal Shelters Struggle to Uphold No-Kill Reputation in the Face of Overcrowding
How overcrowding and mismanagement of Austin Animal Center and Austin Pets Alive! have them struggling to keep up

ERCOT Asked and Texas Listened, and the Power Stayed On
Strain on the grid continues, but without devastation so far