A Brief History of Holiday Tamales 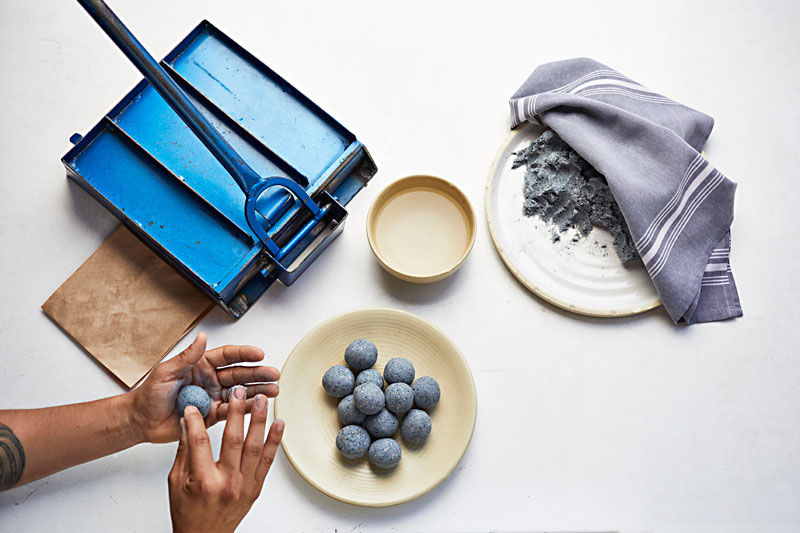 "December in my family is tamale time," reminisces chef Andrea Juarez of Walton's Fancy & Staple. "For one raucous weekend, we gather at my mother's house and get cooking. Mimosas are consumed, and dozens upon dozens of tamales are made while the kids run wild and relatives argue about whose recipe is best. It's a wild weekend holiday tradition that I look forward to all year."

According to Dr. Pilar Zazueta, a lecturer at UT's Teresa Lozano Long Institute of Latin American Studies, whose research "focuses on how food and nutrition became a public policy issue in Mexico" during the 20th century, the tamalada tradition goes back even further than families like Juarez's might know. "The tradition of making tamales belongs to the native cultures of Mesoamerica," she says. "With the formation of Mexico as a country and as a national identity, this tradition migrated to different parts of the American Southwest with the Mexican population in the 18th and 19th centuries."

Even back in the Mesoamerican days, tamales were a celebratory food. "In Meso­amer­ican culture, tamales were related to sacred ritual," Dr. Zazueta explains – rituals which followed a complex calendar related to the agricultural season. "According to the importance of the people participating in the ritual, the type of tamale, including ingredients, size and shape, and type of wrappings, would vary. For example, for the celebration of the Lord of Rain in the Aztec Empire, they would serve tamales without filling, accompanied by a chocolate drink." Like many other aspects of Aztec life and culture, tamales were adapted by the colonizing powers of the conquistadors and the Catholic Church.

"The ritual aspects of the tamale were reimagined as the culinary culture of Mesoamerica got mixed in with European culture," says Dr. Zazueta, "as well as the cultures of people who were forced to migrate to the Americas because of slavery" and whose culinary culture was reflected in the filling of the tamales. The tamale became a meeting place for these cultures, and led to innovation of the basic tamale recipes of the past.

So how did tamales get to Texas? The answer, according to Dr. Zazueta, is demographic shifts, as Mexican and Central Amer­ican populations spread across the American Southwest, bringing celebratory tamales with them wherever they settled. "San Antonio and places like El Paso were some of the first places in Texas to develop a commercial holiday tamale tradition," she says. "I've seen evidence of enterprises making tamales for sale to the public as far back as the 1920s" – evidence that holiday tamale consumption was already so well established by then that it was seen as a viable business proposition. Selling tamales became an annual tradition, as mechanical corn grinders and other tools of industry made the process easier to automate. "You also had street vendors, like the famous Chili Queens of San Antonio, who also sold tamales."

Gradually, the association between tamales and holidays grew stronger, due in part, according to Dr. Zazueta, to the labor-intensive aspect of tamale-making and its social nature. "Here in Texas, the social aspect of tamale-making, tamaladas, has a lot in common with the cultures of the past," she says. "The thing about tamales is that they're very time-consuming, so the more people you have working on it, the better. It's something that works best as a collective endeavor. Gathering the family for the holidays is the best time to prepare food together." More than a simple culinary tradition, Dr. Zazueta says that tamaladas can be a way for families to celebrate their shared cultural heritage.

"Cooking tamales together is a way to preserve the knowledge and tradition in the family, maintaining the identity of family and place," she says. "Tamale-making is a way that many people maintain a connection with the past, their ancestors, and with family members in other countries."

This spirit of collaboration and community is certainly present in the contemporary tamale traditions of Texas chefs. "We definitely incorporate tamales in all of our holidays, including Thanksgiving and Christ­mas," shares Anthony Pratto of Discada. "Nobody makes them like Abuela! All kinds of tamales – pork, poblano and queso panela, chicken mole – I've made them with her before, but she mostly runs the show. She has a few secrets you'll be hard-pressed to get out of her."

Rick Lopez, executive chef at La Condesa, has a similar fondness for the communal aspect of tamales. "Growing up, we would do Christmas at my grandmother's house," he says. "My mom had seven sisters, and I remember all of my aunts would be making tamales. The kids weren't really allowed to partake, but I remember there would be buñuelos everywhere – these crispy, fried tortillas tossed in cinnamon. The tías would be sitting, folding tamales and yelling at us from the table while everyone ate buñuelos. We would always start sometime after Thanksgiving, and then we'd eat them on Christmas Eve. We would cook beans and beef and eat well into midnight, and then on Christmas Day we would finish them off with eggs in the morning."

Even Dr. Zazueta has brought her academic studies of tamale culture into her holiday celebrations, organizing a tamalada at her daughter's Spanish dual-language elementary school in order to help the students learn more about the culinary traditions of Texas and Mexico. "I think it's a good point of exchange for people to learn about each other," she says. "During the tamalada, the kids learn how this food that would seem relatively uncomplicated has this profound social weight. And it's just fun! It really connects people. It's very laborious and time-consuming, but at the end, your work bears fruit and you get a wonderful tamale." 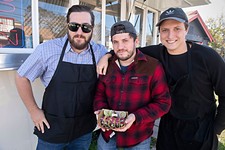