Local Supplement Brand Pledges to Clean Up Litter With Every Purchase

fitppl sees the link between healthy food and a healthy planet 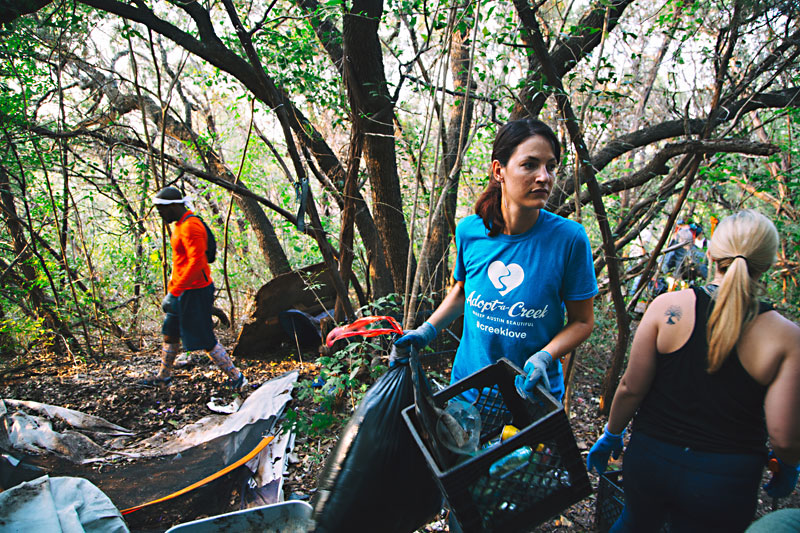 Yet another health food company partnering with Whole Foods does not a headline make, but Austin brand fitppl has another claim to fame. The plant-based protein and superfood supplement company has become the first consumer packaged goods (CPG) company to make a litter abatement pledge for every purchase.

The product itself is a plant-based protein and supplement powder with the goal of getting people on the go their daily dose of nutrition. The Green & Red Superfood powder boasts an intimidating combination of veggies and fruits ("greens and reds"), including cereal grasses, algae, and seven traditional and exotic fruits that can be used in "avocado dip, salad dressing, salsa, or açai bowls." But though the company is product-first, its mission is ingrained in its foundation.

Founder Patrick Schecht went to Thai­land in 2013 with the seed of a supplement company in his mind. While on the beach, he witnessed firsthand the preponderance of plastic in the ocean and started to think about ways he could help. From there, the two ideas became one. "If you look at all the trash and plastic that's in our communities, it's coming from our space, the food and supplement space; it's bottles, it's straws, it's cans, it's wrappers. And no company in our space is taking any initiative to really do anything about it. It's more greenwashing, like, 'Oh, we care about the environment,' but they're not really doing anything when you actually pull back the curtain."

That lack of transparency is what drove Schecht to create a company whose mission is an inextricable part of its business, meaning Schecht was walking the walk of eco-friendliness, starting with the product itself. "We use craft pouches instead of plastic tubs, and instead of a plastic scoop, we use a palm leaf scoop. The cool thing about our scoops is [that] wherever they end up, they'll act the same as a leaf. So they're completely compostable, completely biodegradable, and won't cause any harm in our waterways."

What really sets fitppl apart from other CPG companies is the litter abatement pledge tied to every purchase. Each product has an impact score listed on the back that tells the customer how many pounds of litter the company will clean up with that purchase (for example, a 20-serving plant protein bag has an impact score of 1.4 pounds of litter abated). The higher the price point, the more litter cleaned up. Areas in Austin that need a cleanup are identified with the help of Keep Austin Beautiful, and fitppl employees head out with their trash and recycling bags, and an open invitation to the community to join in. 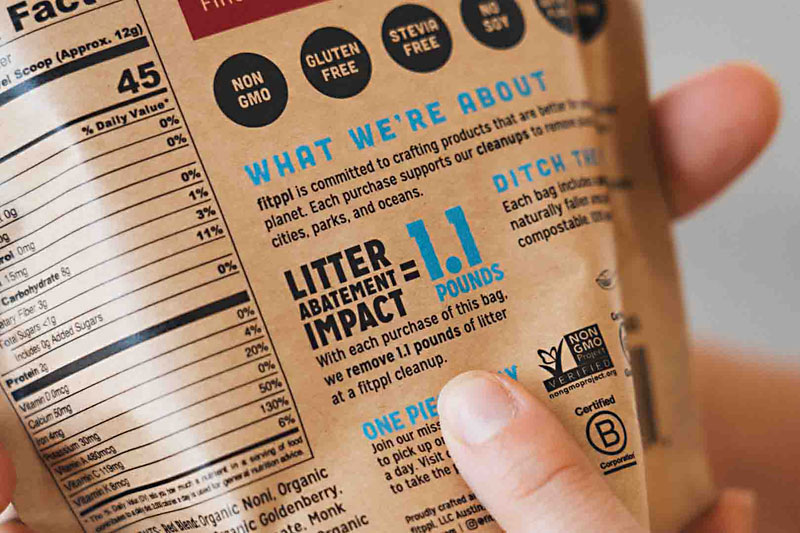 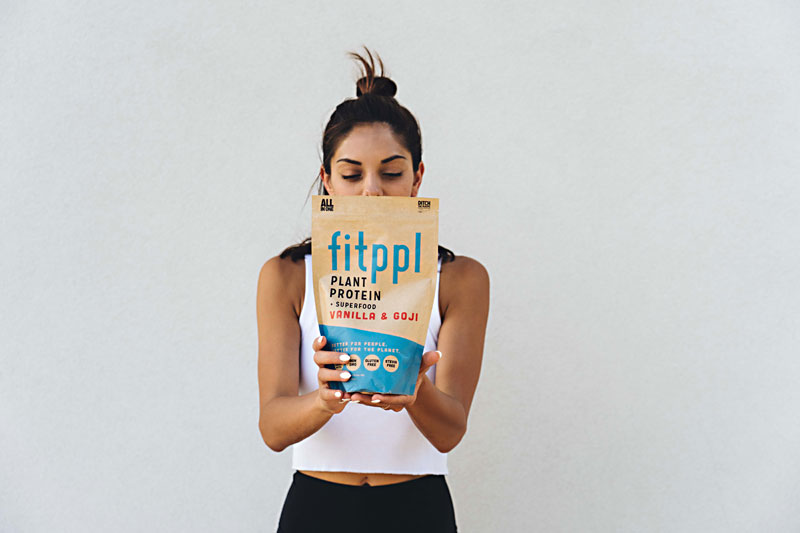 Past cleanups have taken place at Mount Bonnell, Barton Springs, Walnut Creek, and Lady Bird Lake, and companies that have gotten involved include Picnik, the Austin Bouldering Project, and Lululemon, as well as regular well-meaning, health-consci­ous Austinites. "The great thing about using volunteers is I've always known that people wanted to get involved but just didn't really know how to organize. We're setting up the platform where it's like, 'Hey, we're doing it, just come out and join us,'" Schecht explains.

Schecht says his goal is to make picking up litter cool. “And as more people and media outlets share what we’re doing, and someone sees that, that sparks them to get involved.”

These events, dubbed "active cleanups," manage to mesh public service with a workout, like picking up trash while kayaking on Lady Bird Lake. Schecht says his goal is to make picking up litter cool. "Every cleanup we've done, we have tons of pictures and video content. Because even though our cleanups may not be having a huge impact on the overall amount of trash going into our communities, we have shareable content. And as more people and media outlets share what we're doing, and someone sees that, that sparks them to get involved."

As the company expands and gains more volunteers, the litter seems to multiply. He says, "For instance, off of Burnet and MoPac near the Tacodeli, we were only out there for an hour and 30 minutes and we removed about 1,500 pounds. We had mattress springs, there were abandoned shopping carts, there were car parts, tires, tons of cans ... and this was just an hour and 30 minutes, in a park that you wouldn't think had that much trash."

Their first international cleanup in Playa Grande, Costa Rica, included 1,250 volunteers that collectively removed 19,000 pounds of trash from the beach. Schecht wants to do more internationally and plans to go to Puerto Rico at the end of this year. "We are a for-purpose, for-profit company, so as we make money, we do more cleanups. My goal is to set these up in areas that really need help, where they're not really set up for proper waste management – to set up teams in those trouble spots and start consistently running cleanups."

For now, Schecht is just glad to see the plastic issue getting more attention, and grateful for the support of his company. "When I started the company, it was really an uphill battle, but just in the past four years I've seen a big shift in consumer behavior as far as people really being conscious of the products they're purchasing and companies they're supporting." Whole Foods and Central Market recently picked up the brand, which he says is a tremendous vote of confidence and a step in the right direction for environmental impact.

Schecht knows from experience that people are skeptical of for-profit companies with a "manufactured mission." But he maintains that with transparency, "you can create a for-profit company that does have a genuine mission and can offer some solutions and do some good. It doesn't just have to be about, 'Let's see how much we can ask at the bottom line and figure out our exit strategy.' You can really do some cool stuff if you're creative with it."

The next cleanup is Sunday, Oct. 20, 10am at Native Hostel. Bumble and fitppl staff will be there, but the event is open to all.