Do you yearn to burn? You have options. 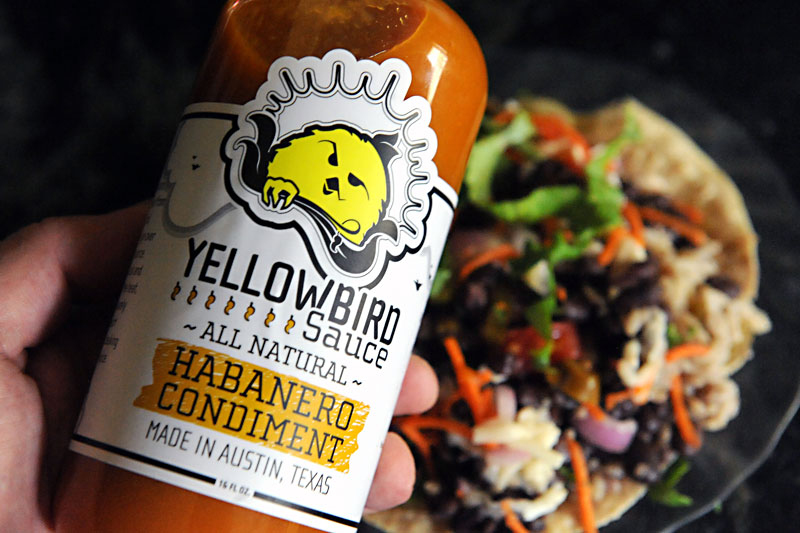 What's a taco without salsa? Or a michelada without a dash of hot sauce? Always delicious, these inseparable pairings croon an especially alluring siren song during the sultry days of Austin summer. But what is it about the relentless days of sunshine that demand diners dial up the heat even further with a drizzle of hot sauce or a scoop of salsa?

Science shows that it may have to do with the capsaicin in chiles that physically drops body temperature and leads to heat sensitivity – basically causing the body to implore people to hide indoors. Anecdotal evidence presents another reason.

"Let's say you have a wonderful chicken at a restaurant," explained Rod Crosby, former owner of Sauce Odyssey. The 48-foot trailer, which permanently closed this week, was parked on East Seventh Street and offered a guided artisanal hot sauce tasting tour. "A month from now, are you going to remember exactly how well the chicken was cooked? Or are you going to remember the beautiful citrus sauce that was over the top of it that was semi-spicy and made you take that extra glass of water?"

The line between pleasure and pain is a fine one. Erin Link, co-founder of Yellowbird Foods, described the love of chile peppers as like an "addiction," and Crosby said the bearable pain caused by chiles is what makes the memory of the food linger. Jeff White, who owns White Label Hot Sauce, however, thinks the city's affinity for spice comes from its heritage of being one of the few states to have an indigenous chile pepper – the chiltepin – growing in its soil. In any case, there is no doubt that many Austinites crave a kick. From Mexican classics to sweet Thai chile sauces, to Deep South inspired vinegar-based styles, the variety of sauces just at H-E-B alone can make your head spin. And dining out reveals a whole new scale for the importance of spice: Chuy's wouldn't be the same without its jalapeño ranch dip, and Tacodeli staked its claim as one of Austin's beloved taco shops largely due to an obsessive cult following of their Doña sauce.

Not all chiles register the same level of spice on everyone's tongues. The quest to create a perfect sauce for so many palates pushes chileheads to play with some ferocious sauces, regularly upping their ante. The notorious ghost pepper (bhut jolokia) that kicked off the craze for intensely spicy sauces scorched through the 1 million Scoville heat unit benchmark, but is now considered tame enough for mainstream sauces like Shonky Sauce and Yellowbird. Currently, the Trinidad Moruga Scorpion and Carolina Reaper peppers top the list, burning at over 2 million SHU.

Even if the logical left side of the brain says the mouth will be reduced to scorched earth after a Scotch Bonnet or Carolina Reaper pepper, the other – more fun-loving – right side prods people to give it a try. And not just once. "Breakfast tacos and hot sauce?" asked Link rhetorically. "Absolutely."

Tacos are often the gateway for burgeoning pepper fans, but there is a wide application for chile pepper-based sauces incorporated into dishes. Eggs, pizza, barbecue, and, of course, Tex-Mex are all dramatically enhanced by a colorful splash of hot sauce. "In general, Mexican food can be very bland. You know, the raw ingredient itself – the corn, the beans – they have to be spiced up. And that's where the pepper comes into play," said Crosby.

Despite Austin's overall acceptance of chiles, Asian chiles are conspicuously absent from the local hot sauce scene, which has to do with the availability of the ingredients, according to Jeff White. As someone who prefers to create blends with multiple peppers for more depth of flavor, he would be limited in experimentation if he pursued Asian peppers. Taking a wider view of the chile trend, Crosby attributes the lack of Asian pepper sauces to a smaller market for the spice outside of restaurants. Even the godfather of hot sauce in Austin, Brian Rush from Tears of Joy, agreed, saying he has attempted to sell those sauces in the past, but they have not done well because his patrons are predominantly searching for more regional flavors.

That search for local products, however, is what makes Austin such a hotbed for these sauces. With such strong support for local startups, and a love of adventurous flavors, Austin is already a must-see landmark for chileheads, but with the largest hot sauce festival in the country, demand for these flavors will only continue to get hotter.