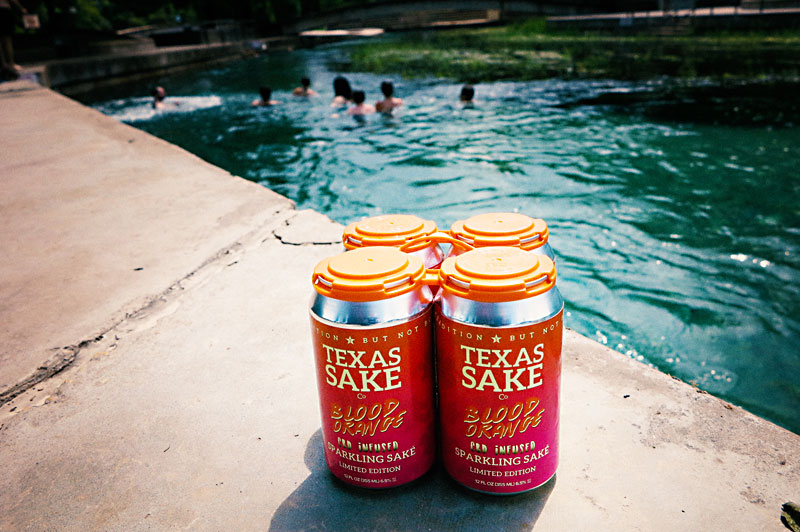 During a predictably unpredictable Thursday evening downpour, the crowd at Texas Sake Company's taproom, located in an obscure warehouse on North Lamar, fills the tiny bar while eagerly awaiting the weekly brewery tour and post-tour tastings. The little company-that-could is now canning sake and even infusing some varieties with CBD, but the scene was not the same four years ago when Texas Sake Co. was up for sale.

In 2015, microbrewery owners Adam Blumenshein and Tim Klatt got wind of the failing company and, in an effort to save Texas' sole sake brewery, bought the business with partner Nathan Klatt. They have since reinvented the process – and the products – keeping Texas on the map among a mere 20 sake breweries in the U.S., compared to more than 1,000 in Japan.

While sake wasn't yet their forte, Blumenshein and Tim Klatt have been mastering brewing and fermentation for decades. Co-owners of Strange Land Brewery, Greenbelt Kombucha, and Barrel Creek Provisions (a lineup of fermented foods sold in Whole Foods around the country), these two are proficient in beverages and fermentation. Sake became the next conduit for deepening their knowledge in all things fermented, and they quickly realized it would require a whole new education.

To help with the considerable learning curve, they onboarded home brewing and sake aficionado Jeff Bell as head brewmaster. Four years of experimentation incrementally revealed what now exists in the product line. "We like to pay homage to tradition while exploring new expressions," said Klatt on their approach.

The team began inspecting each of the ingredients used in the sake brewing process. The first major change was to trade Texas-grown rice for Calrose rice, which is specifically formulated for sake brewing, impacting the quality and nuances of flavor. Other experiments included selecting the best yeast and beginning to make homemade koji rather than importing Japanese koji (the mold that breaks down rice starches, allowing the yeast to accomplish its fermenting job). They've even gone so far as formulating water to match the chemical properties of water in Japan, a rare resource to tap locally. The result of their efforts is a vastly different flavor profile from the original Texas Sake Co. product made five years ago.

With a lower alcohol content than traditional sake and a light, crisp flavor, sparkling sake is easy to drink, and the six-pack of sake appears as approachable as a six-pack of beer.

The latest experimentation has led to the launch of a line of canned sparkling sake in three flavors – original, hops, and blood orange – two of which contain CBD. "We have a long history of putting things in cans," they joke. In all seriousness, the group has quite a depth of awareness in the beverage category, and they understand that cans tend to fit the Texas lifestyle better than bottles. With a lower alcohol content than traditional sake and a light, crisp flavor, sparkling sake is easy to drink, and the six-pack of sake appears as approachable as a six-pack of beer.

Over the past month, all three flavors of the canned sake have been on draft and for sale in the North Lamar taproom, and will soon be sold at H-E-B. With potential for a wide reach, the hope is that sparkling sake could lead enthusiasts toward exploring traditional sake as well. This fall, when Texas Sake Co. expands into their new space at the Yard (in good company with St. Elmo Brewing Co., the Austin Winery, and Still Austin Whiskey Co.), they will be considered the largest sake brewer in the U.S. Catch them while you can at their original North Lamar taproom, Wednesdays through Sundays.