From macarons to kolaches to milkshake cookies, we got you covered 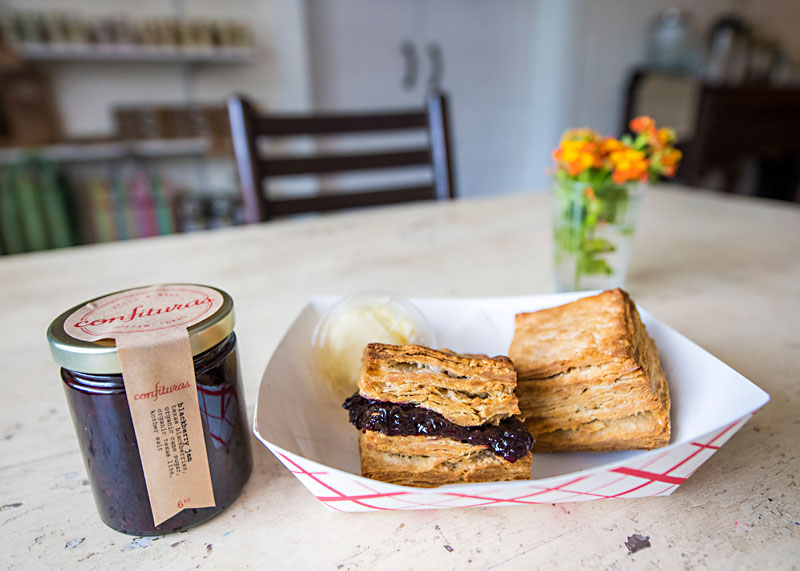 If you're ready to dip your toes into the wonderful world of Austin's global food scene, internationally inspired bakeries are a fabulous way to start. Not only are their offerings highly portable (and just in time for the picnic season!), their pocket-sized nature also means you can taste your way across the spectrum of flavor offerings with a caffeinated beverage on the side. What are you waiting for? Jump in with a visit to one of our favorite international bakeries to find inspiration for your next snacking trip.

Named after what founder Wu Cheng-Hsueh believes is the ideal temperature for coffee, this wildly popular Taiwanese bakery chain has opened two locations in Austin since last year, adding to their roster of over 1,000 locations all around the world. And with something-for-everyone offerings ranging from cheesy hot dog bread to chocolate-stuffed buns, it's easy to understand why they've been called the Starbucks of Taiwan.

Is there anything better than a perfect French bakery? Julie Myrtille makes a pretty compelling case for the genre. Myrtille has continued to serve up characteristically precise takes on patisserie classics: the loveliest gemlike fruit tarts, delicate macarons, and croissants that will transport you to a cafe on the Ile Saint-Louis. Paris, Texas indeed. Find her at the Texas Farmer's Market stand, the blogosphere, and soon at a brick-and-mortar at Springdale General.

If you give a mouse a cookie from Tiny's, he'll probably ask for a glass of milk. It's in the name, after all – who could blame him? But give him a second to peruse their menu of American home cooking classics like fluffy cinnamon buns, gorgeously glazed donuts, and an iconic take on the perfect chocolate chip, and you'll have one happy mouse on your hands.

Small batch, organic, and totally stunning, the Brazilian-influenced delights at this bright East Austin pocket-sized bake shop are worth going out of the way for. The milkshake cookie is a can't-miss, but don't snooze on their gluten-free pao de queijo, an incredibly airy cheesy bread nugget available plain or stuffed with jalapeño or rosemary prosciutto filling.

With roots stretching back to ancient Egypt, naturally leavened sourdough is pretty much the oldest-school baked good out there, and the folks at ThoroughBread are true to their roots, using unbleached, organic flours and homegrown starter. That doesn't mean there's no room for innovation, though; consider their house special Burridoughs (get it?), a unique blend of traditional burrito and kolache-style filled pastry as distinctive as it is delicious.

It really doesn't get more global than Czech-style kolaches stuffed with Austin's finest slow-cooked sausages from the Micklethwait smoker trailer and served alongside a tightly curated list of house-made small-batch beers at a venue whose weekly lineup includes jazz nights, international beer tastings, and multiple evenings of modular synth. Batch is Austin global at its best, with all the aesthetic and culinary mix-matching that title implies.

Snagging a seat in the light-filled space of Plaza Colombian's modernist dining room is cheaper than buying a ticket to perch in a cafe in Carta­ge­na, and if you close your eyes, you might be fooled into thinking it's the real deal. There's the all-Colombian-sourced coffee, the cold glasses of guanabana juice, and, of course, a full menu of classic Colombian desserts, from the guava paste-stuffed roscon to arepas with pulled chicken, queso fresco, and avocado puree.

Dedicated to showcasing the culinary traditions of a wide variety of Middle Eastern cultures, Peace Bakery is far more than just a simple bakeshop. There's the restaurant, where you can get slow-braised lamb shank and any kind of kebab, and the deli case, where you can pick up prepared salads and dips so you can take a little moment of Peace home. In short, everything you need to taste your way across one of the most delicious regions of the world.

This sleek little mother/daughter-run neighbor­hood spot was inspired by Paraguayan and Argentine cuisine, but quickly expanded to include tastes from Cuba, Venezuela, and many other South American culinary traditions. Try the chipa, a Paraguayan cheese bread, with an empanada or two and an order of Argentine-style cheese and guava-stuffed croissants for dessert.

Everything you need to know is in the name. They serve baguettes: artisan loaves that take a full day to produce using traditional French methods. And there's a ton of chocolate flying around: used in a ganache atop religieuses, piped into the center of delicate macarons, and shaped into confectionary adornments for cakes and tarts. What more could you ask for, really?

In most parts of the U.S., afternoon tea is a lost art. Not so at the Brentwood Social House, where their afternoon tea ritual includes a three-tiered stack of sweet and savory British specialties like tea sandwiches, scones, and diminutive sweet treats, served on mismatched vintage china, which is a cozy touch that makes you wonder why you don't take the time to do this for yourself every afternoon.

This pocket bakeshop and jam emporium (try to imagine a cuter combo, we dare you) has been slinging seasonal preserves for years, based on local Texas produce like tomatoes (for the tomato confit) and peaches (for the even-tastier-than-it-sounds bourbon brown sugar peach preserves), and now they've got a storefront of their own. Biscuits, coffee, and a jar of jam to go: We can't think of a better combo deal than that.

For almost 30 years, this South First eatery has been specializing in Mexican baked goods. It's icing on el pastel that they are open 24/7, which yes, means any time, day or night, you can get your fix of pan dulce, churros, pastel de tres leches, flan, empanadas, and just about any other baked treat your sweet tooth desires.

OK, so maybe the fan club formed by baby riot gals and guys whose formative experiences occurred alongside the sultry tones of Kathleen Hanna doesn't technically count as an independent nation, but we should! And if the nation whose anthem was "Reject All American" had another theme song, it would definitely be vegan, soy, and gluten-free cupcakes, served up at a punk rock bakery with a sideline in making on-the-road cookie cakes for touring bands. 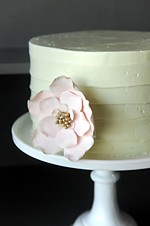